Ted Nugent: Hillary Clinton is a "devilbitch" who "hates everything good about America" 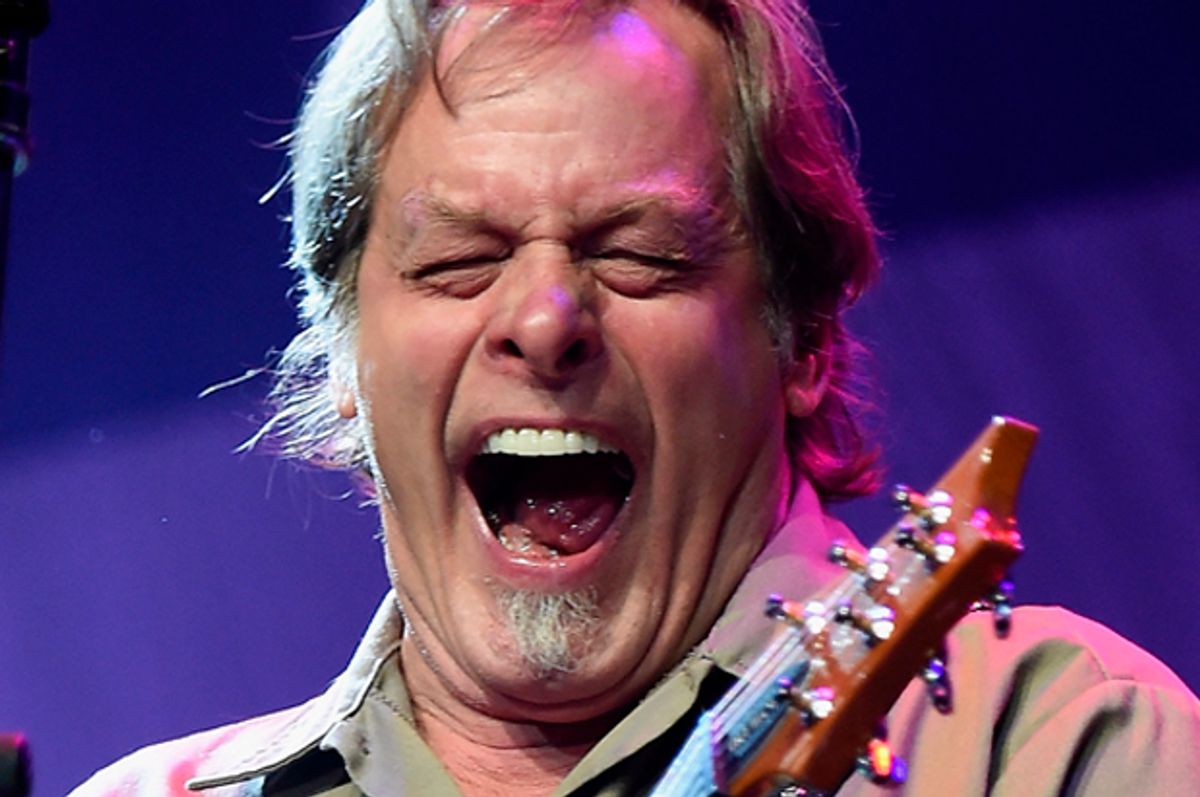 Rocker Ted Nugent referred to Hillary Clinton as a “devilbitch” in a Facebook post that came moments after sharing a campaign video for Republican Donald Trump in which the performer was featured.

“The devilbitch hates everything good about America! VOTE TRUMP!” Nugent declared while promoting an National Rifle Association attack ad against the Democratic nominee Clinton. The ad criticized Clinton for her disagreement with the Supreme Court’s ruling in the Second Amendment case District of Columbia v. Heller.

Nugent's post came moments after one promoting the Trump campaign video in which the "Cat Scratch Fever" singer makes an appearance.

“Clinton will destroy the freedom that is uniquely American,” Nugent said in the video. “Donald Trump will safeguard the things that make America the greatest place in the world.”

Nugent has also referred to Clinton as a “bitch” in the past. “That’s one toxic bitch,” he said at a concert in August. “Now why isn’t that bitch in jail?”

Before he set his sights on Clinton, Nugent would frequently attack President Barack Obama in similarly vulgar language. He has called the president a “subhuman mongrel,” the N-word and on social media called for both Obama and Clinton to be “tried for treason & hung.”

A board member of the NRA, Nugent is an outspoken advocate of gun ownership rights, a position that seems to inspire his broader political stances.