BULLSH**TER OF THE DAY: Joe Walsh, for clarifying that his gun tweet was actually a freedom tweet

The former congressman doubles down on his anti-Hillary message, saying gun people don't grab muskets or something 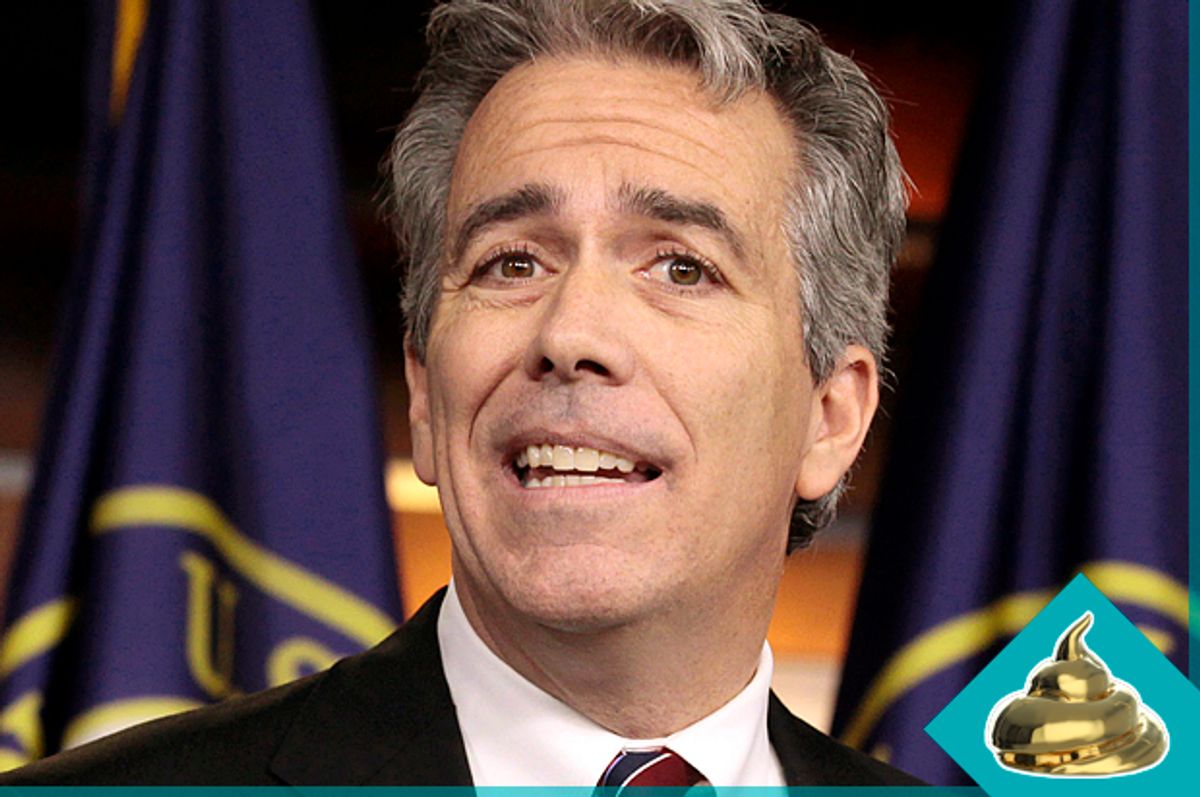 "If I wanted people to take up arms, why would I recommend people take up an antique like a musket? I mean, seriously, in 2016 I want people to go out and find a musket, grab their musket? That’s just silly. If she wins fair and square, then the anger that a lot of Americans have toward our political system — and she’s part of that — we’ve got to double down and triple down and do whatever we can to defend our freedom."

He is talking about his own tweet from two days ago, in which he invited Americans to "grab a musket" if Hillary wins the election.

On November 9th, if Trump loses, I'm grabbing my musket.

His whole statement is contradictory and a heap of bullshit. On the one hand, he is claiming that by saying "grab your musket" he is not driving people to violent rebellion against the system. On the other hand (and in the same sentence) he is saying that "they" (angry white America?) need to "do whatever we can to defend our freedom."

I mean, this is a former congressman who says things like "I do want to go back. Back to an America where people took care of themselves and didn't suck off of government." So the bar is low. But perhaps his most prominent bullshit was that time he promised "war" and basically threatened Obama, telling him to "watch out."

Bullshitter Of The Day Joe Walsh