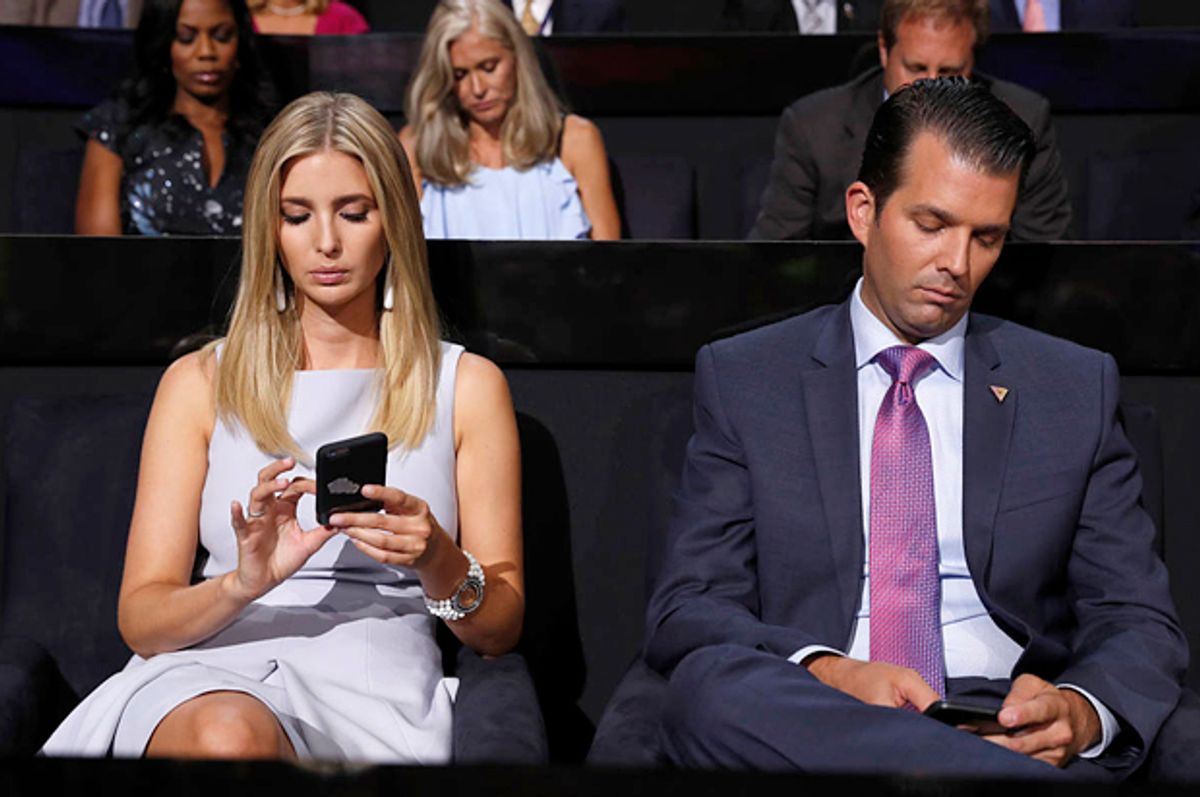 That stands in stark contrast to a more generous contribution for September. Last month Trump Victory, as the candidate's joint fundraising group with the RNC is called, forked over almost $50 million combined to the RNC and various state-level GOP campaigns, according to Politico.

As Politico noted, "The Trump campaign is unusually reliant on the RNC and state parties for its ground operations," which may explain Trump's underwhelming poll numbers in traditionally deep-red states like Georgia.

The decrease from September and October in the Trump campaign's contribution for down-ballot spending shows a chasm between the party and its nominee following the release of audio tapes from 2005 featuring Trump bragging about sexually assaulting women.

Meanwhile, the campaign of the Republican presidential nominee has spent more than it brought in this month. According to its own filings, the campaign raised $30.5 million and spent $49.2 million, as of Oct. 19.

A sum of $30,000 of Trump's own money is somewhere among the net negative haul-in, the report shows, bringing his self-financing total to $56.1 million, according to The Hill. The billionaire real estate mogul had earlier in this election cycle promised to donate $100 million to his campaign, leaving him just 11 days to cough up more than $40 million.

A small part of the Trump's larger financial woes can be attributed to his surrogates' reluctance to donate at all to the campaign. Last week  The Huffington Post found "that among a dozen top staff members of his campaign who cumulatively have made over $2 million from it, only one has donated: spokeswoman Katrina Pierson, who gave $250 on June 30."

Among Trump's skinflint surrogates: the Trump kids. Only Eric has thus far given money to the campaign, according to The Daily Beast. That money — a $376.20 "meal expense" — was then reimbursed.

Trump's Democratic rival, Hillary Clinton, maintains a solid fundraising lead in large part due to her embrace of super PACs and special interests, which he has widely denounced. For all of Trump's talk about self-funding, however, Clinton gave more money to her own campaign in October than Trump gave to his.