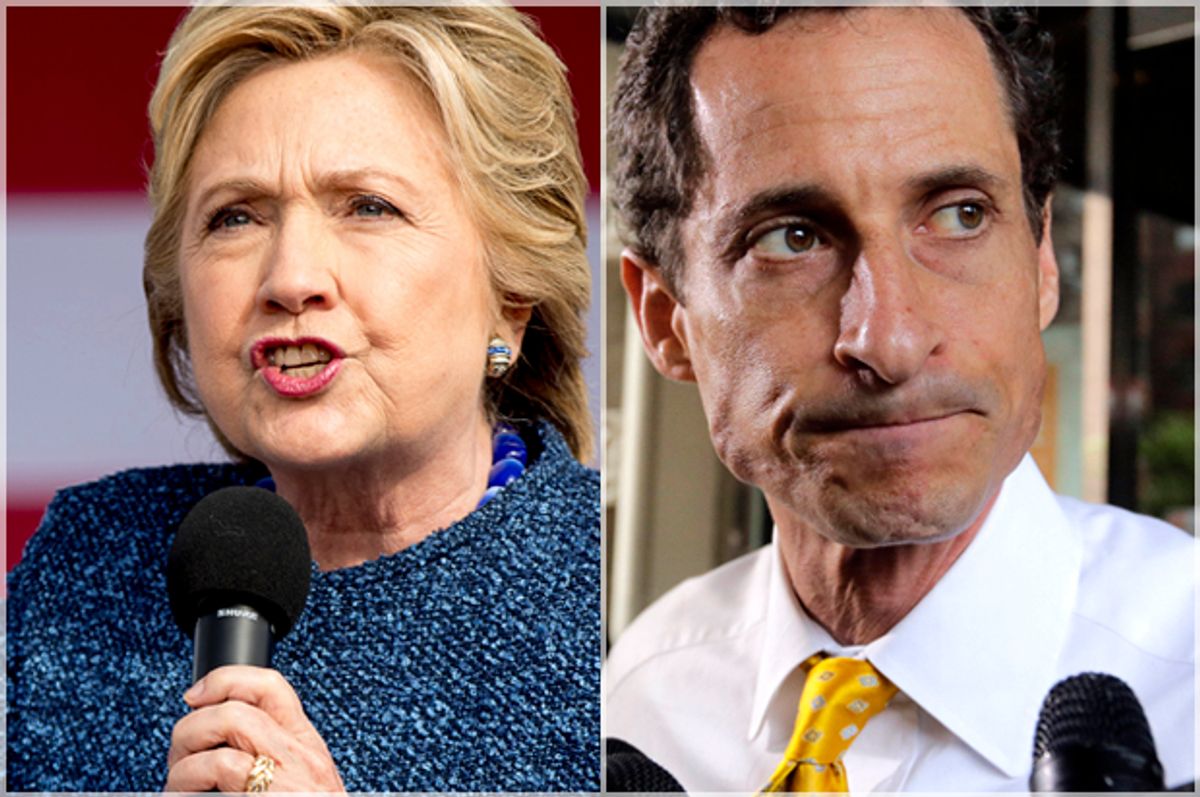 The emails that the FBI are looking into did not come from Hillary Clinton's private server.

The emails in question, according to the New York Times, came from seized electronic devices belonging to Anthony Weiner and his recently estranged wife, Huma Abedin.

NBC's Pete Williams reported late Friday that the newly discovered emails the FBI teased in a letter came from a "device" involved in a separate investigation.

Williams appeared on MSNBC to give an update on what his sources were telling him.

"What they say is that in the course of a separate investigation, they came across a device — they won't say whether it is a computer or cell phone, but that it's some device — and that in looking at that, that led them to some other emails," Williams said. "But they are not emails from Hillary Clinton."

"It doesn't appear that the campaign, or the Clintons, or the State Department, had emails that they didn't give to the FBI," William said.

When FBI director James Comey announced the investigation in a letter, political commentators were already speculating how much damage this would cause the Clinton campaign. And because Comey's letter was light on details, conjecture and guesswork dominated the cable news networks.

But as new details come forward, it appears this newest development is much to do about nothing. The AP recently corroborated Williams' reporting, writing in a tweet that the emails "did not come from [Clinton's] private server."

BREAKING: US official: Newly discovered emails related to Clinton investigation did not come from her private server.

Clinton campaign chair John Podesta released a statement in response to the FBI letter, requesting Comey to provide any and all information he has related to the latest inquiry. "The Director owes it to the American people to immediately provide the full details of what he is now examining," the statement read. "We are confident this will not produce any conclusions different form the once the FBI reached in July."

Clinton campaign: FBI Director Comey should immediately provide the American public more information than is contained in the letter he sent pic.twitter.com/d8N5qx77IE