First his dog dies, then his plane skids at LaGuardia, but Mike Pence is "freaking unflappable"

It's been a bumpy October for Republican VP nominee Mike Pence, but he's remained calm 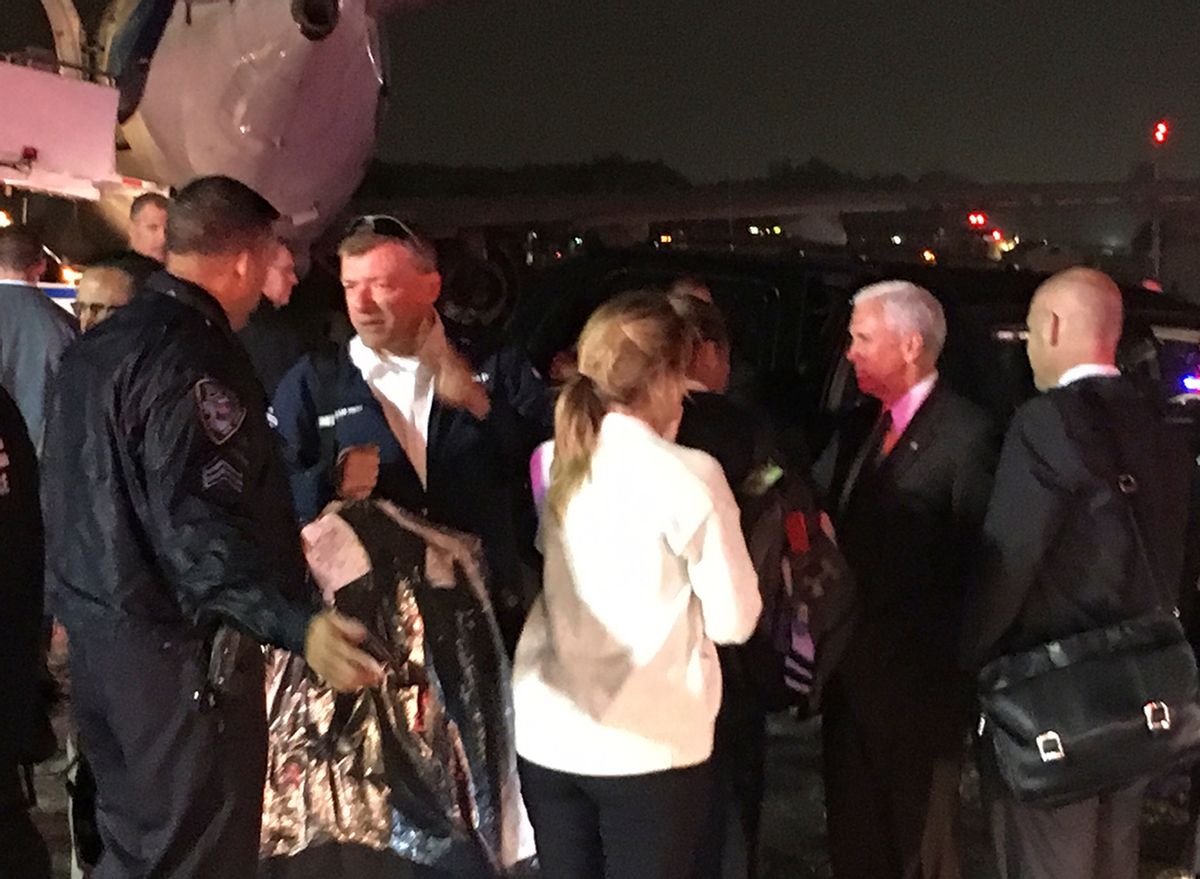 The plane carrying vice presidential nominee Mike Pence skidded off a runway at LaGuardia Thursday night. But that didn't faze the Indiana governor, who we have to admit, was as cool as the other side of the pillow.

“Pence was actually chatting up the first responders, he was really calm, freaking unflappable the entire time,” one passenger told Politico. Ever the politician, Trump's running mate didn't miss the opportunity for press attention. He calmed the press members aboard the plane and even de-boarded to greet and take pictures with the first responders.

First responders want to take a pic with Mike Pence after Laguardia plane accident, and he does! #MAGA #TrumpPence pic.twitter.com/76yviRpfnP

Mike Pence taking a picture with first responders at a rainy LaGuardia. pic.twitter.com/2x13AGljyV

More info on Mike Pence's plane sliding off a runway while landing at LaGuardia: https://t.co/crDRHN9Oiz pic.twitter.com/wPix7wnS3y

A plane carrying Mike Pence skidded off a runway in heavy rain at La Guardia Airport. No one was injured. https://t.co/ziWdUDOOMn pic.twitter.com/uiJ2HdNB0L — The New York Times (@nytimes) October 28, 2016

Moments later, the VP nominee — who passed a so-called "religious freedom" law that allowed small businesses to discriminate against LGBT residents — called spokesperson Marc Lotter at a Trump Tower event to say that he wouldn't be able to make it.

Pence's plane was carrying carrying 37 passengers and 11 crew members — including campaign staff, Secret Service, press and his wife and daughter.

The rough landing was worsened by the smell of burning rubber, according to one report. The plane windows were splattered with grass and mud. Between traveling, rallying, and constantly Tweeting, Pence has had a busy and emotional October. Earlier this month, Pence, who passed also mourned not only the loss of his dog, Maverick, but also the loss of his legislation to keep Syrian refugees from resettling in the state of Indiana.

One plane passenger told Politico, "And then finally we came to a halt and we were like OK that was really bad.” Earlier this month, the Trump-Pence affair almost came to a halt when Pence said that he "could not defend" Trump's sexist comments.

Shortly after the incident, Trump told Ohio rally-goers that Pence had been in in "grave, grave danger."

On Friday morning, Pence appeared on all the networks — NBC, CNBC, MSNBC, CBS, and an appearance on Fox News, where he was on Trump's favorite, "Fox & Friends," to show how cool the Republican was.