Texas Republicans to Ted Cruz: We like Donald Trump better 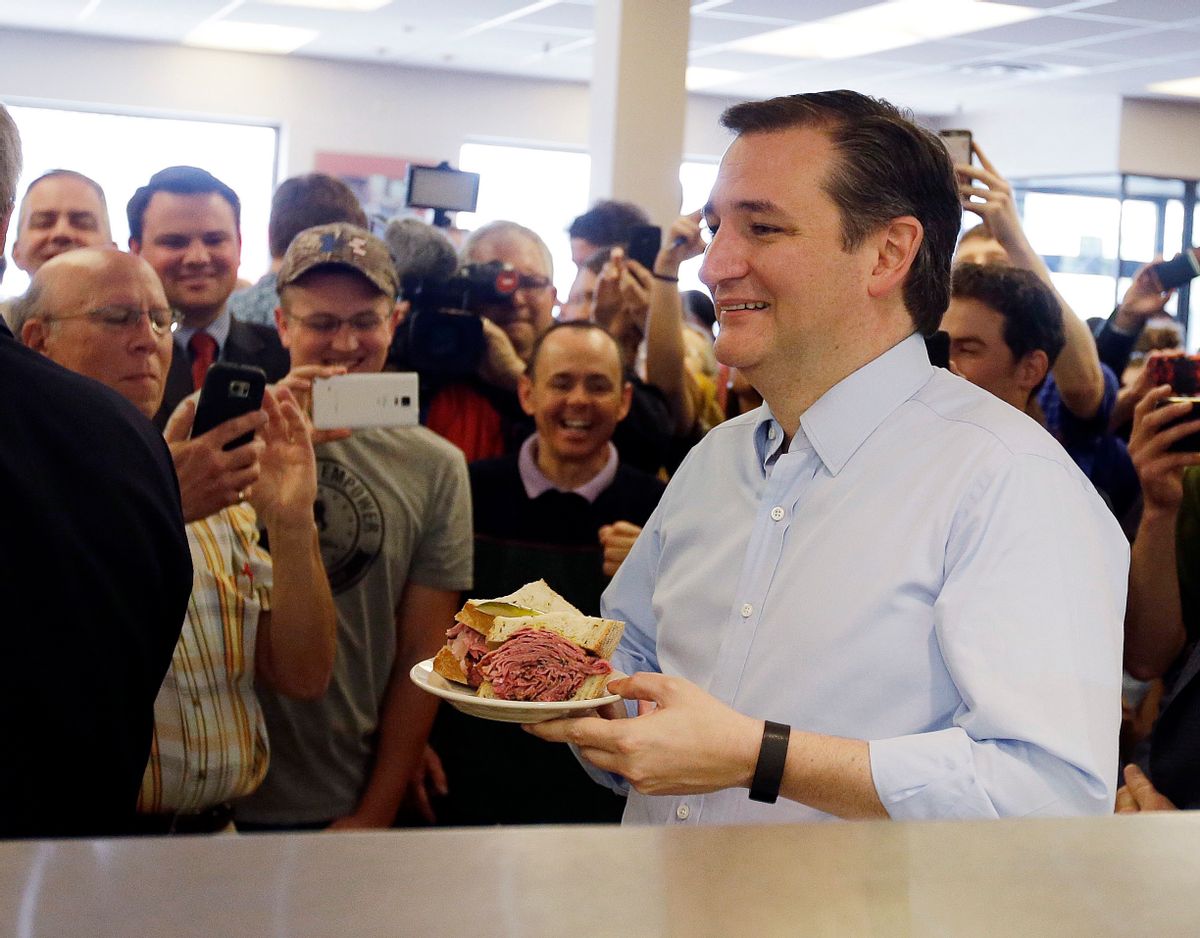 Back in January, during the contentious GOP primary cycle, Sen. Lindsey Graham compared the choice between Sen. Ted Cruz and Donald Trump to "death by being shot or poisoning." On Friday, Texas Republicans made their decision known.

A new University of Texas/Texas Tribune poll shows that Republican voters like their presidential nominee more than they like their senator.

Cruz may have beaten Trump in the Texas Republican primary, but likely voters in the state appear simply to like the real estate mogul better. According to the poll, 63 percent of Republican voters said they view Cruz favorably, while 65 percent view Trump favorably. (The 2-point spread is, however, within the poll's +/- 3.16 point margin of error.)

There's at least some good news for sad old Ted, though: Fewer Texas Republicans view him unfavorably (25 percent) than do Trump (28 percent).

But if one doesn't not like Ted Cruz, that doesn't necessarily mean that one likes Ted Cruz: 12 percent said they neither view him favorably or unfavorably, while 7 percent said the same about Trump.

Texas Republicans agree even more uniformly in not liking Democratic presidential nominee Hillary Clinton. Most of them, 97 percent, said they view Clinton unfavorably, which — given the margin of error — could be as high as 100.16 percent and as low as 93.84 percent.

In the presidential race Trump (45 percent) holds a narrow lead over Clinton (42 percent), while Libertarian Gary Johnson and Green Partier Jill Stein hang back at 7 percent and 2 percent, respectively.