The sound of New York rock: "Something that comes from the streets, and sounds like the streets"

Salon talks to the author of a new book tracing the city's rock lineage, from the Velvets to the fall of CBGB 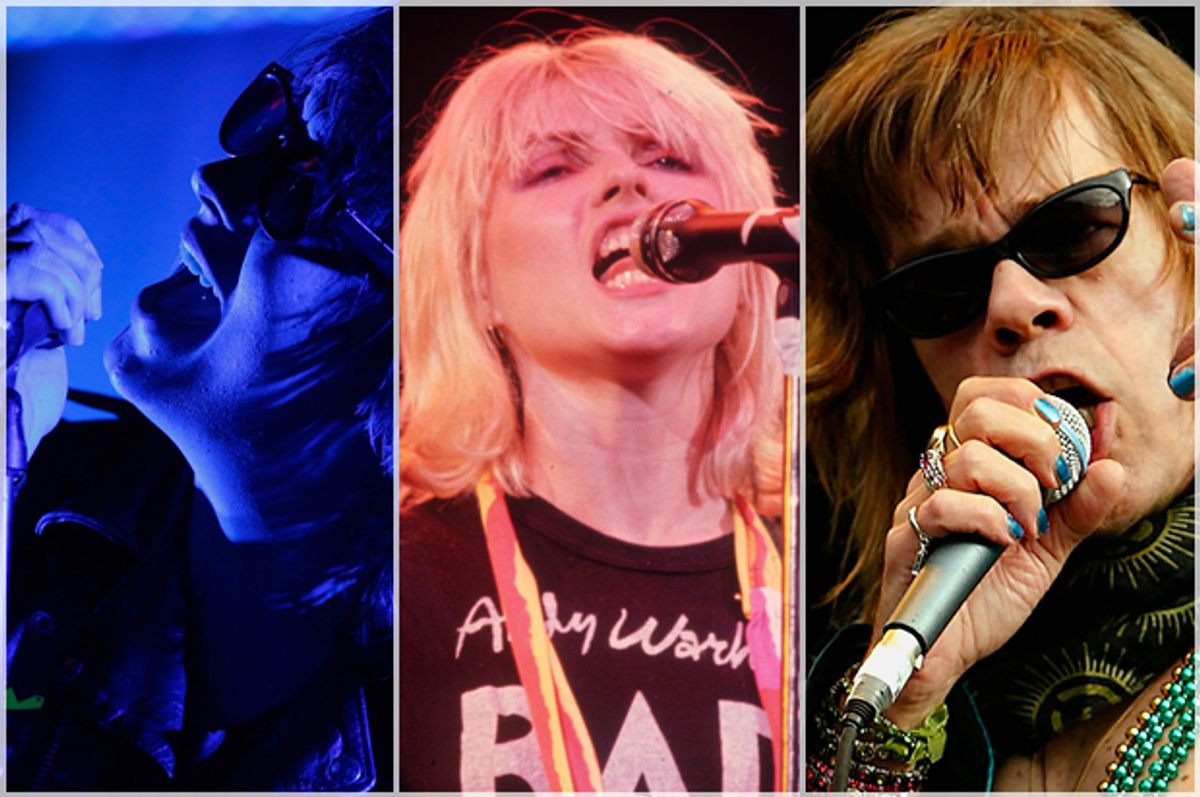 What is the difference between a New York musician or musicians, whether it’s the Velvet Underground, Suicide, Sonic Youth, Run-D.M.C., Murphy’s Law or the Lunachicks and (yes) The Spin Doctors, and a band from anywhere else on the planet? Writer/editor Steven Blush, best known for the classic 2001 oral history “American Hardcore,” explores this question in his scholarly new publication “New York Rock: From the Rise of The Velvet Underground to the Fall of CBGB” (St. Martin’s Press). Told predominantly by sourcing trenchant and funny anecdotes and observations from the key New York characters of the last five decades, Blush attempts to get close to a kind of source of all that attitude, all those poses, all that leather and street hassle, which is not so easy given that the city’s sounds and scenes are nothing if not ever-evolving.

Here we talk about what binds them all and what separates them, the watersheds and the wasted years and what happens when that voice in your head tells you “it’s over.” Hint: it’s time to leave.

Structurally it’s interesting how the book comes together. It’s an oral history format of various New York musicians and figures discussing a series of concrete topics, but clearly edited from what feels like a large vault of interviews. Tell me about the building blocks you used to put "New York Rock" together. I see from the source notes that much of it is from your own archives?

I conducted, gosh, close to 200 interviews for this book. I was a journalist and a publisher and an editor for years so I have my whole vast archive. A lot of the other people have since passed away so I didn’t have a chance to speak to them but they said things from secondary sources that I felt was appropriate.

So basically a whole lot of major editing. But it feels intimate.

I have this whole history, not just from the journalist side but also as a kid I was promoter of a lot of shows. I worked with a lot of these bands and I was a deejay at the clubs. I knew a lot of guys who owned clubs and from a very young age I was hanging out, through people who were friends with my dad.

What did your dad do?

He was a printer on the Lower East Side. He was just one of the guys there so he knew all sorts of people from the run. The Lower East Side was a pretty dodgy area back then. It was a kind of mixture of mob and street. So at a very young age I was seeing all that stuff. When I was a kid maybe 12, 13 years old my dad worked at 195 Chrystie Street and there was a band practicing upstairs. I was always a little too afraid to go upstairs but I would see them outside and they had this real kind of weird artistic glare. And I figured out that that was Talking Heads, from what I’ve read. I remember seeing David Byrne looking at us in that weird way as we walked out the door. So you know this is not vicarious, this book.

You’re writing about your life through these people in a way?

It’s not my life, really, but it’s the life of this great incredible music culture that I kind of just fell in with.

It’s interesting that you don’t just dwell on punk rock. You provide a real context. The befores and the afters of punk. It’s not just a "Please Kill Me"-type punk-centric narrative. It’s a full sweep.

You also delve into what makes a “New York rocker,” as opposed to, say, an L.A. rocker or an English rocker. There’s a chapter simply called “Attitude.”

I was also talking about the character type, yes. The kind of person that makes New York rock.

They are different for sure, New York bands.

Here you had artists making rock that’s really avant-garde. And there’s a precedent of minimalism. You know the Beach Boys could have never come from New York. What we’re talking about is something that comes from the streets and sounds like the streets.

That’s exactly what it is. This book was twice the size at one point. So in other words this could have been like a hugely expensive book.

It doesn’t read like a textbook, of course. I think maybe one of the reasons it’s more comprehensive is that you mention and interview a lot of great New York artists who don’t usually get the spotlight in New York books, like Kembra from The Voluptuous Horror or Karen Black or Theo from Lunachicks. Miss Guy from Toilet Boys. These were and are local legends. It feels really good that they are getting their say and their due.

Yes, and I think you really get the [New York] feel from all these people.

You have “rise and fall” in the subtitle. Did you want to give a sense of the waves of culture that seem a major part of the city’s scene? One flows into or even causes, in a reactionary way, the next. Punk rock leads to post-punk. There’s DJ culture, Goth culture, hardcore, metal, they all seem to flow into each other somehow and not feel too compartmentalized. It’s all New York. But at the same time, one scene peaks and then plummets and another rises from there.

I really do see it as the two pillars. The rising and the falling. Especially the rise of the Velvet Underground [in the mid '60s] to the fall of CBGB [in 2006)]. I just kind of kept coming back to that.

The key thing about the Velvet Underground is that they had the connection to Andy Warhol and art. That was unheard of before. There’ve been dalliances of art and music, but basically rock was teeny-bop, you know? And then you have New York — you had really smart people doing it and [being] on the edge of it.

So do you think there are watershed years? Years that are more important that others, just sort of cosmically? Like 2001, you know in that spring you had Joey Ramone passing away, then 9/11 and then the first Strokes record. 2001 changed the city irreversibly and culturally, but so did ’66 and ’68 and ’77 with disco and Son of Sam and the blackout and punk, of course. There are certain years that propel these rises and falls. Then there are years where nothing seems to happen at all.

I was thinking about The Strokes when you were saying that. I think 1982 is a key musical year.

John Lennon gets shot and then the Clash come and then —

There were the first cases of AIDS.

Right. Klaus Nomi. That was really the first [AIDS casualty on the music scene] that I knew about.

Klaus Nomi is great. That’s the thing; you can’t really put your finger on his genre. He’s just a New York artist and they all seem to cross into and influence each other eventually. The common denominator is the city.

Yes. There was the Paradise Garage on King Street. And I use to always drive in with my dad at like 10 in the morning on a Saturday and I’d notice this cross-mixing of punks and queer culture meeting. . . . It was just all colliding, you know? While there were hardcore shows going on, circa ’87. It was off the charts.

Do you think this culture is eternal? I mean, I don’t believe it stops, but I do believe there are people who were a part of it once perhaps who cease to be able to see it evolving.

Well, you’re either on the train or you’re not. There’s always been that old versus young thing, too.

Yes! Patti Smith fairly recently said that it was all over, which made me sad because what I heard was, “It’s over for you.” I just felt like she should know better. I guess the implication was that it’s over for her.

I think once it’s over, you’re over. You know? [Laughs.] I think the truth probably is somewhere in between, in that you know things have gotten a lot easier. I mean, you can’t deny that. Things are so much easier now.

When we were coming up, we had it so much easier than when our parents were coming up. And I’m sure you can just kind of, you know, send it all back to the old country at a certain point. It’s hard. This is a hard-living place and people judge it by how much they went through.