The truth about "Christmas creep:" We complain about holiday shopping season starting in October — but we keep buying earlier and earlier

Consumers resent retailers pushing holiday shopping ever earlier, but they keep buying — so who's to blame? 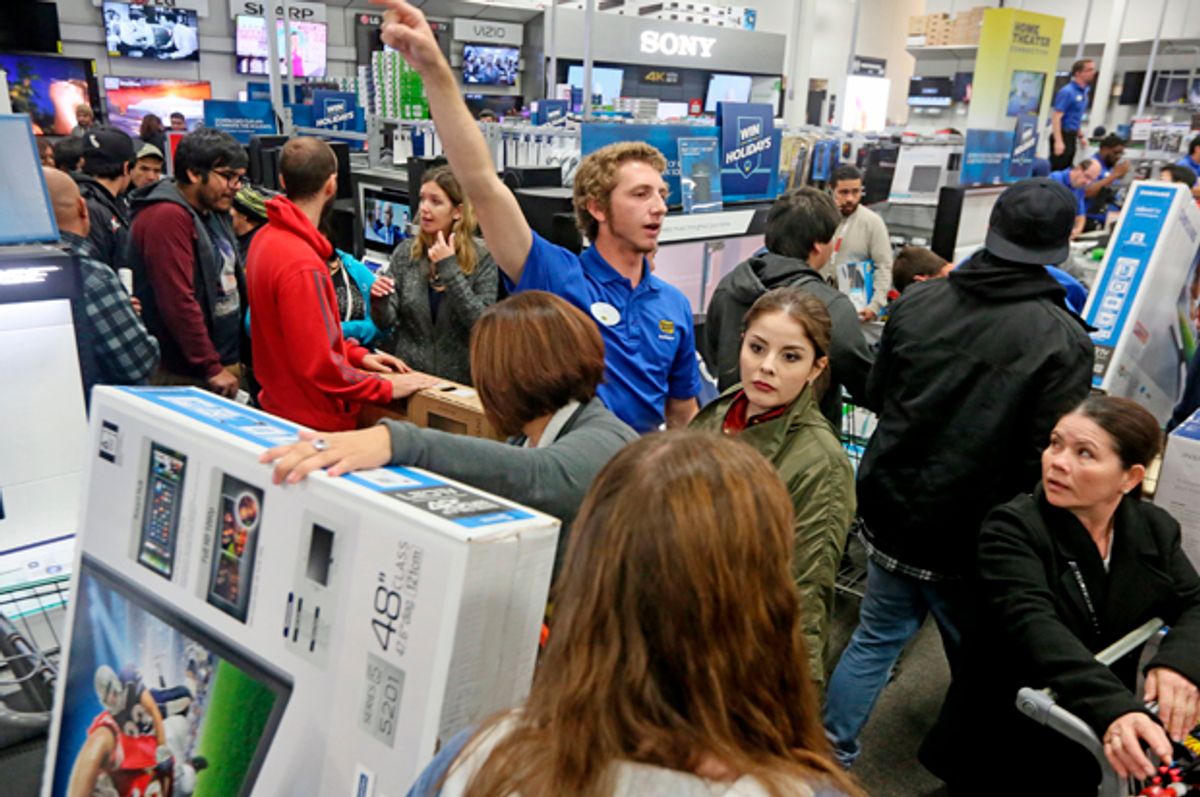 Nordstrom, the high-end department store chain, has long prided itself on its policy of not decorating its stores with Christmas cheer until after Thanksgiving. But if you go to the company’s website right now, you’ll see graphics depicting turtle doves, Christmas tree ornaments and gift-wrapped packages.

Like most retailers, Nordstrom is well aware that in the era of online shopping, American holiday shopping habits are changing, requiring retailers to adapt. Nordstrom can save the winter wonderland window displays for the last weekend of November, but online it’s not holding back.

“The whole timing of the holiday season is in the hands of consumers,” Kit Yarrow, a consumer psychologist and author of “Decoding the New Consumer Mind: How and Why We Shop and Buy,” told Salon. “They dictate to retailers when they want merchandise available. The retailers are really just saying ‘there’s one holiday season, it’s make-or-break for me, and if half of shoppers are shopping before Thanksgiving, I need to make sure I have what they want when they want it.”

Indeed, if there’s any consumer blowback about the Christmas creep phenomenon — the much-derided practice of publicizing holiday shopping earlier and earlier — it’s not reflected in American consumer habits. While polls show a majority of consumers are turned off by seeing in-store Christmas decorations before Halloween, what people say and what they do often differ.

The National Retail Federation trade group has said for years its polling shows about 40 percent of holiday shopping begins before Halloween, and well more than half of that takes place before Black Friday, the day after Thanksgiving that in the old brick-and-mortar era of retail used to mark the start of holiday shopping.

This year could be a little different because of the highly polarizing presidential election. The NRF said Thursday that so much advertising has been taken up by political spots that retailers are holding back until after the election on Nov. 8.

“Once the election has passed, we anticipate consumers will pull themselves out of the election doldrums and into the holiday spirit,” NRF President and CEO Matthew Shay said in a prepared statement announcing this year’s estimated holiday spending.

The average American consumer is expected to spend about $936 on holiday shopping in 2016, down from about $953 last year, but up from about $929 in 2014. About 41 percent of consumers polled by Prosper Insights & Analytics from Oct. 4 to 11 said they plan to start buying for the holiday season next month, while about the same number said they started before then.

Generally speaking, all shopping seasons, including back-to-school shopping, have gotten longer thanks to the Internet, which allows Americans to shop more opportunistically. Gifts doled out at the office party or on Christmas Day are increasingly likely to have been purchased months in advance when the giver was able to jump on a special offer. In their efforts to grab a piece of the market from these early buyers, retailers are compelled to roll out their merchandise to correspond with shoppers’ habits.

“Neither side is being particularly generous in their assessment of the other sort of shopper,” Yarrow said. “It’s pretty easy to walk on by if you don’t like seeing a Christmas tree up at Costco in October; just keep on walking and you’ll get to the pumpkin section pretty soon.”