BULLSH**TER OF THE DAY: Joe Scarborough, for giving Trump credit for not telling any hideous lies this week 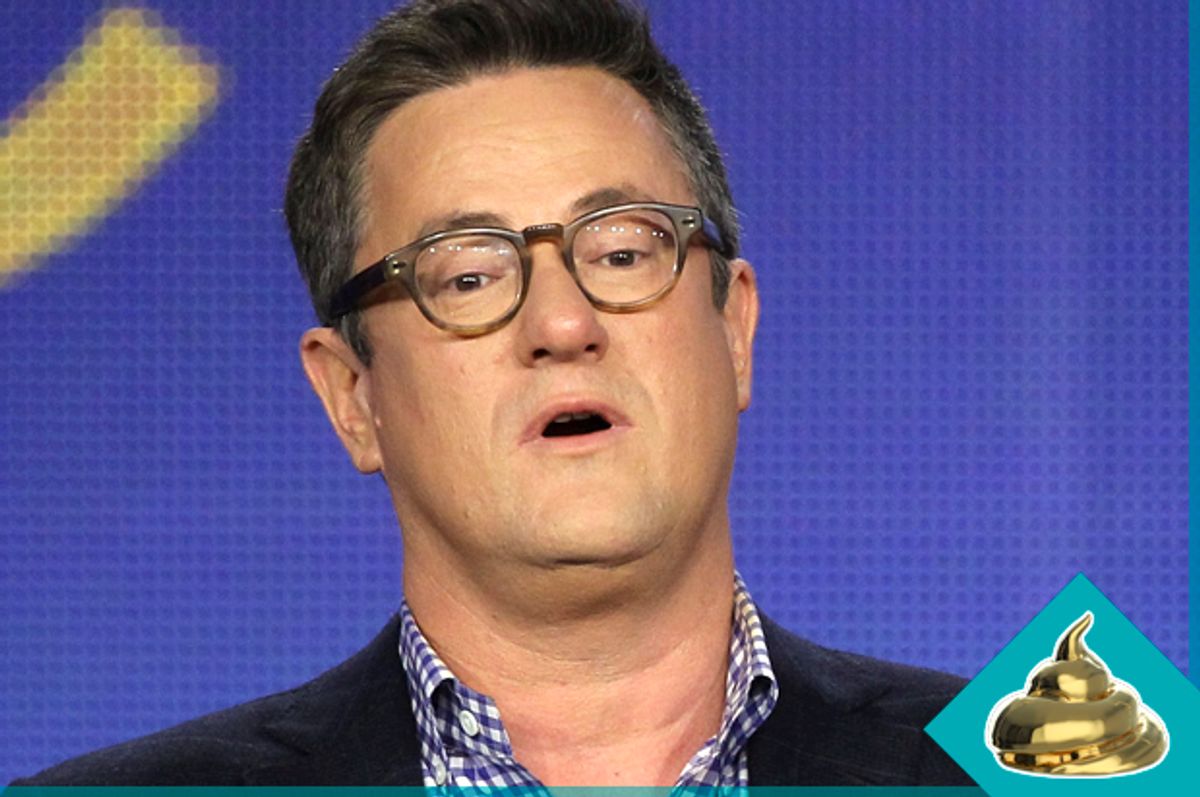 "Donald Trump over the past week has laid back. He hasn't made the news, I mean, compared to what he’s usually done. He’s actually, and I think a lot of people are shocked even inside his own campaign, he hasn't made himself the story over the past four or five days."

After months of relentless attacks, lies and insults from the Trump campaign, this weekend the media was focused on James Comey, Hillary Clinton's emails and, somehow, Anthony Weiner again. Scarborough, in a twist of logic hard to explain, thought it would only be fair to pat Trump on the back for not "[making] himself the story."

No. Trump simply continues to spout dishonesty and outrage at a clip previously unheard of on a campaign trail (even by Mitt!). To bring up just a few instances, Trump said at a rally on Saturday that Hillary would bring in "650 million" immigrants and "triple the size of our country in one week," and later wondered why "we can't do waterboarding." Any of these could and should have been cause for concern coming from a presidential candidate. But this is how low the bar for decency and our tolerance for bullshit has fallen. Nothing to see here, Joe!

Scarborough thinks highly of himself, and likes to envision his persona as some sort of neutral, sage reporter. He hampers this by frequently dropping huge heaps of unadulterated bullshit. Perhaps the worst has been all the misogyny spewing from his show during this campaign. Like when he told Hillary Clinton to smile. Or when he doubted women's accusations of sexual assault because he was "skeptical of the timing."