If the polls are rigged, why pay? It's the Donald Trump way 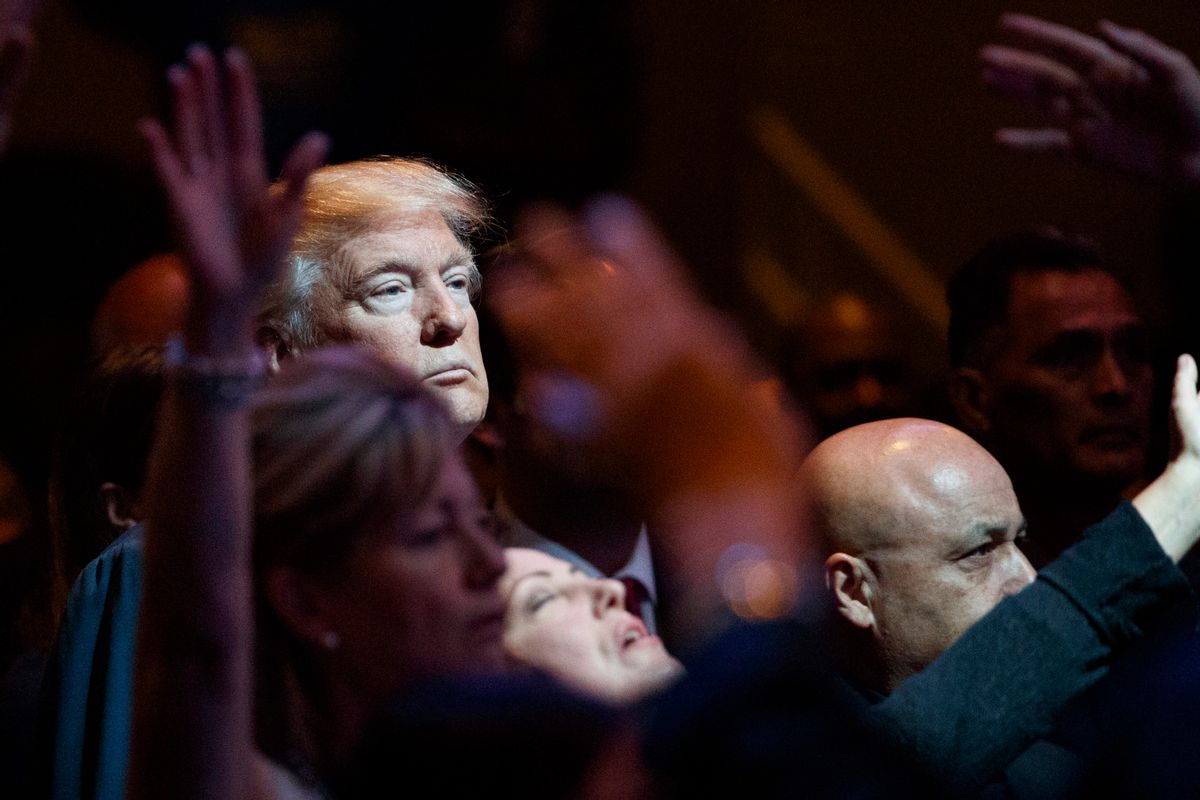 After declaring that employing a pollster would be a "waste" of money during the Republican presidential primary in which he blew past 16 other competitors, Donald Trump finally relented and hired a pollster after he secured the nomination. But now that he's poised to lose the general election to Democratic rival Hillary Clinton, Trump is refusing to pay that pollster.

And so, the Trump campaign is disputing nearly $767,000 that veteran GOP pollster Tony Fabrizio's firm says it is still owed for polling, the Washington Post reported Monday.

According to the Trump campaign's latest Federal Election Commission report, Fabrizio, who was hired in May, did not receive any payments from the campaign until September. This comes after the latest report from the Federal Election Committee filed on Thursday revealed that a joint fundraising committee between the RNC and the Trump campaign spent over $300,000 on books from the publisher of his “Art of the Deal” just last month.

That same FEC filing also showed that Trump was about $40 million short on his promise to self-fund his campaign to the tune of $100 million, with little more than a week before Election Day.

So, it comes as no surprise that Trump has reportedly decided to stiff the pollster who was only brought on to the campaign at the behest of former campaign manager Paul Manafort and longtime adviser Roger Stone. As far back as August, following Trump's relentless attacks against a Gold Star family who dared speak out against the GOP nominee's anti-Muslim rhetoric and proposals at the Democratic National Convention, Fabrizio was forced to deliver bad news to the candidate. More from a Politico report:

On Aug. 9, Tony Fabrizio, Trump’s chief pollster and a longtime party strategist, sat down with the nominee. The previous week had been a disaster, punctuated by Trump’s damaging confrontation with a Gold Star family. Fabrizio, who was joined by Manafort deputy Rick Gates, had just completed a fresh batch of polling and had an urgent message for the candidate: If you have another week like the last one, you won’t win.

Fabrizio, who has advised GOP presidential candidates from 1996 GOP nominee Bob Dole to 2016 failed candidate Rand Paul, was touted as a "no-brainer" selection for Trump when his hiring was first announced.

"The addition of Tony Fabrizio demonstrates a level of gravitas and political sophistication that should make Democrats lose sleep,” a Republican operative told Politico when one of the masterminds behind the infamous Willie Horton ad was announced as the latest addition to the Trump campaign.

"If Trump loses Florida, he more than likely loses his shot at the White House," Politico wrote of the Florida pollster's hiring at the time. Now with the RealClearPolitics average showing Trump and Clinton locked in a statistical dead heat in the Sunshine State, the man who got Rick Scott elected statewide is already being shortchanged for his services (or apparent lack thereof).

For its part, the Trump campaign is not revealing exactly why it refuses to pay at least one of its pollsters.

"This is an administrative issue that we're resolving internally," senior communications adviser Jason Miller told the Post, declined to provide any further details on the campaign's dispute of the charges.