Donald Trump thanks Anthony Weiner for FBI probe, hits Hillary Clinton for being mean to Russia 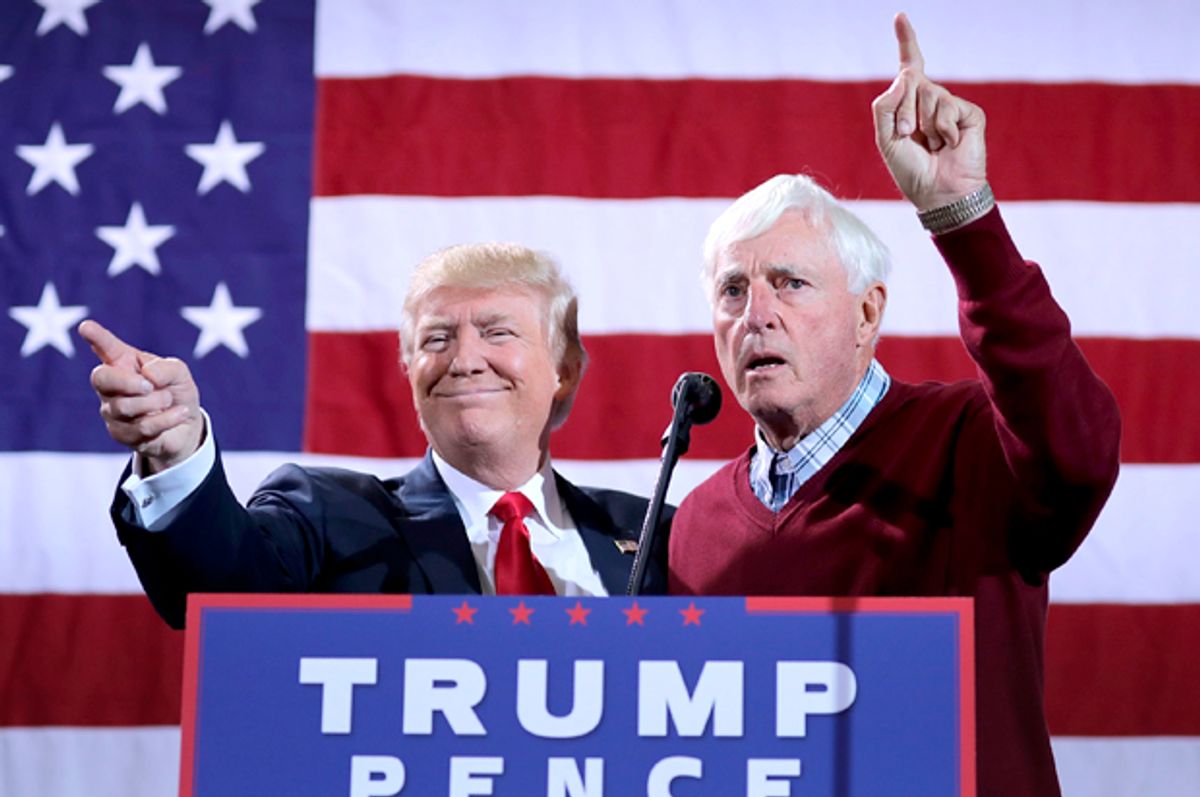 With all the pomp of a victory lap, Donald Trump paraded former Indiana University men's basketball coach Bobby Knight around a stage adorned with campaign-themed jack-o'-lanterns in Grand Rapids, Michigan, on Monday.

The Republican presidential nominee giddily endorsed what he termed as a decision by James Comey, the FBI's director, to reopen an investigation into Democratic presidential nominee Hillary Clinton's use of a private email server to handle classified government documents. (The FBI has not, however, announced the reopening of its investigation. On Friday Comey released a brief letter indicating his plans to review recently discovered emails that could be pertinent to a now closed Clinton investigation.)

"It took guts for director Comey to make the move that he made in light of the kind of opposition he had, where they're trying to protect her from criminal prosecution," Trump declared on Monday, adding that he "really disagreed with" Comey's initial decision to not indict Clinton, but that his decision to reopen the investigation "brought back his reputation."

The new email materials being examined by the FBI had been found on one or more devices belonging to Clinton aide Huma Abedin and Anthony Weiner, her soon-to-be ex-husband whom the FBI is separately investigating in connection with sexually charged messages that he is alleged to have sent to a minor, according to The New York Times.

"We can be sure that what is in those emails is absolutely devastating," Trump continued on Monday. "Thank you, Huma. Good job, Huma. Thank you, Anthony Weiner."

Trump further criticized Clinton for saying "bad things" about world leaders like Russian President Vladimir Putin and then wondering "why the world hates us."

The real estate mogul had said much the same last week at a rally in Springfield, Ohio, where he argued Clinton "speaks very badly of Putin, and I don't think that's smart."

The extent of Trump's coziness with Putin has been ambiguous throughout the election cycle. Most recently — during the third and final presidential debate — Trump claimed to have absolutely no relationship with Putin:

In a 2013 interview, however, Trump answered unequivocally that he did indeed have a relationship with Putin: