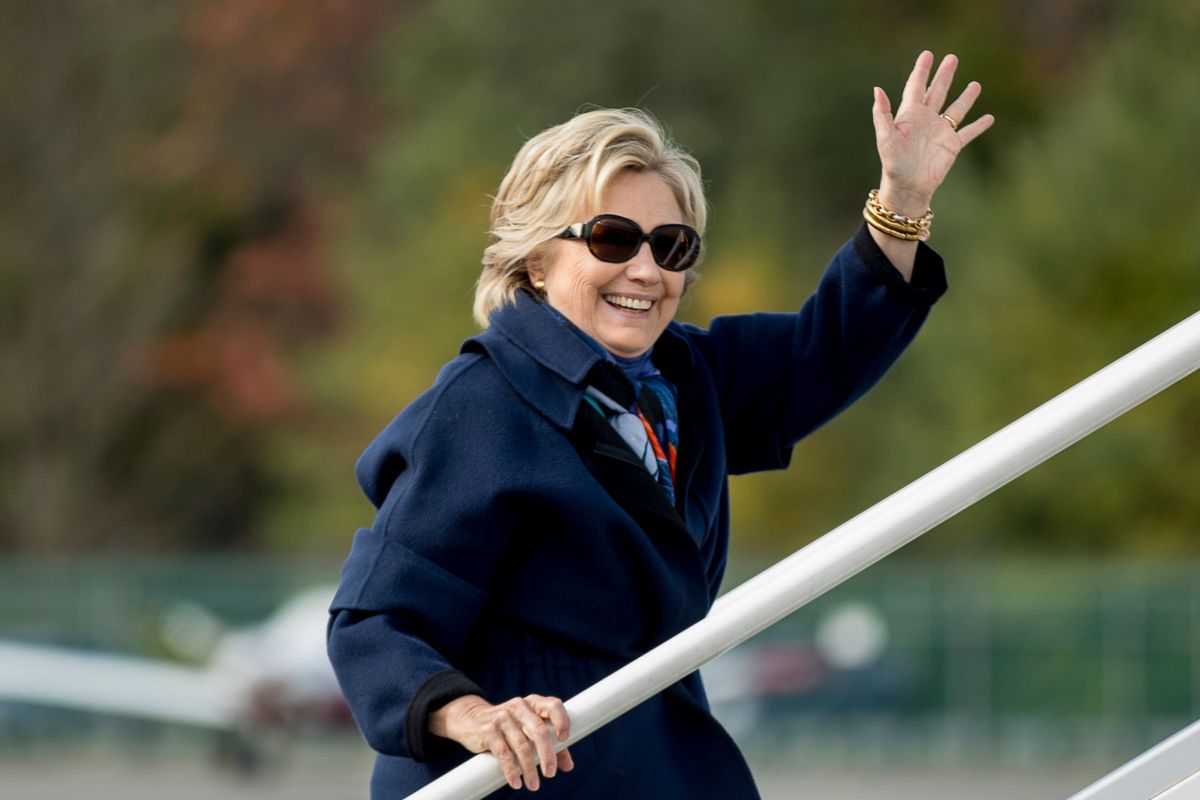 Although most Republicans are exulting in the decision by FBI Director James Comey to announce that the agency was reopening its case into Hillary Clinton's emails, a handful of Republicans have spoken up to denounce Comey's electoral interference.

We can start with Joe Walsh, a former Illinois congressman who made headlines on Wednesday for saying he'd be "grabbing my musket" if Trump loses to Clinton next week.

Look, I think Comey should have said prosecute her back in July.

But what he just did 11 days b4 the election is wrong & unfair to Hillary.

This sentiment was echoed by Fox News host Jeanine Pirro, who denounced Comey's conduct on her show.

"[This] is symptomatic of all that is wrong in Washington," Pirro said. "One of the most revered agencies in our nation's history — now seen as putting its finger on the scales of justice — should not now be front and center. You know I support Donald Trump and want him to win, but whether it's Hillary Clinton or anyone else, Comey's actions violate not only longstanding Justice Department policy . . . but the most fundamental rules of fairness and impartiality."

Richard W. Painter, who served as associate counsel to President George W. Bush from 2005 to 2007 and is now supporting Clinton, went a step further than his other Republican counterparts in his opposition to Comey's actions.

"On Saturday, I filed a complaint against the F.B.I. with the Office of Special Counsel, which investigates Hatch Act violations, and with the Office of Government Ethics," Painter wrote in The New York Times on Sunday. "I spent much of my career working on government and lawyers’ ethics, including as the chief White House ethics lawyer for George W. Bush. I never thought that the F.B.I. could be dragged into a political circus surrounding one of its investigations. Until this week."

Another former Bush administration official, erstwhile Attorney General Alberto Gonzalez, also expressed shock at Comey's precipitousness during a Saturday interview with NPR. "Typically you don't talk about investigations," Gonzalez said. "Sometimes you may make an announcement about an investigation and then you turn out not to do anything about it, but nonetheless it adversely affects someone's life. And it kind of surprised me that that letter went out, and I suppose that the reason for it is because we're in the middle of a presidential campaign. But nonetheless, I think it would be contrary to typical protocol."

By contrast, Republican politicians who were previously caught in tight election races due to Trump's unpopularity have now pivoted to focusing on Clinton's email scandal. These include Sen. Pat Toomey in Pennsylvania, Sen. Richard Burr in North Carolina, Sen. Marco Rubio in Florida, Senate candidate Joe Heck in Nevada, and Rep. Darrell Issa in California.