Former Texas governor reportedly "strongly encouraged" a challenge to Cruz, after he refused to endorse Trump 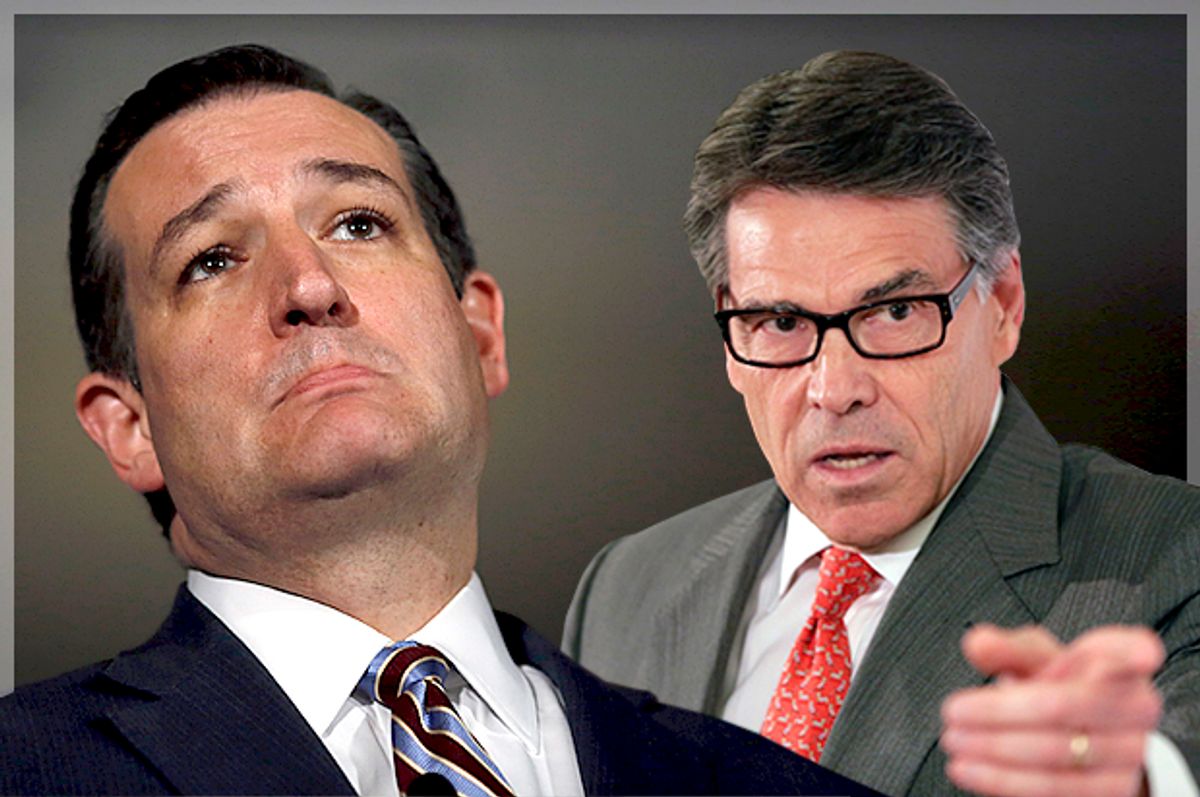 A new survey released last week found that even though Texas Republicans favored their own senator, Ted Cruz over eventual GOP presidential nominee Donald Trump during the state's primary, they've since significantly soured on sourpuss Cruz. Now a new report alleges that anti-Cruz sentiment is running so strong among Lone Star Republicans that former governor Rick Perry encouraged a challenge to the infamous freshman senator.

After Cruz refused to endorse Trump at the Republican National Convention this past summer, Perry was apparently so enraged that he pushed for a Republican challenge to Cruz's senate seat, the Texas Tribune reported Monday.

Perry, who endorsed Cruz after dropping out of his second failed bid for the White House last year, reportedly backed Rep. Mike McCaul as a possible primary opponent for Cruz.

In his comment to the Tribune, Perry spokesman Stan Gerdes did not deny the story. “Rick Perry holds Michael McCaul in the highest esteem,” he said.

While McCaul hasn’t said whether he’ll challenge Cruz for his Senate seat in 2018, the six-term congressman definitely has not ruled it out. "I think any elected official, you don't close off your options," McCaul said at a Texas Tribune event in the state's capital last week.

At the same event last week, McCaul criticized Cruz for spending the majority of his first four years in the U.S. Senate with an eye toward the White House.

"I think he's spent a lot of time since Day One running for president," McCaul said. "I think we deserve somebody in the Senate who is going to be representing the interests of the state of Texas."

For his part, Cruz is still out of the state, campaigning on behalf of Republican Senate candidates in battleground states across the country.