An Iowa woman voted twice because, as she put it, "the polls are rigged." She's a very very big Trump supporter 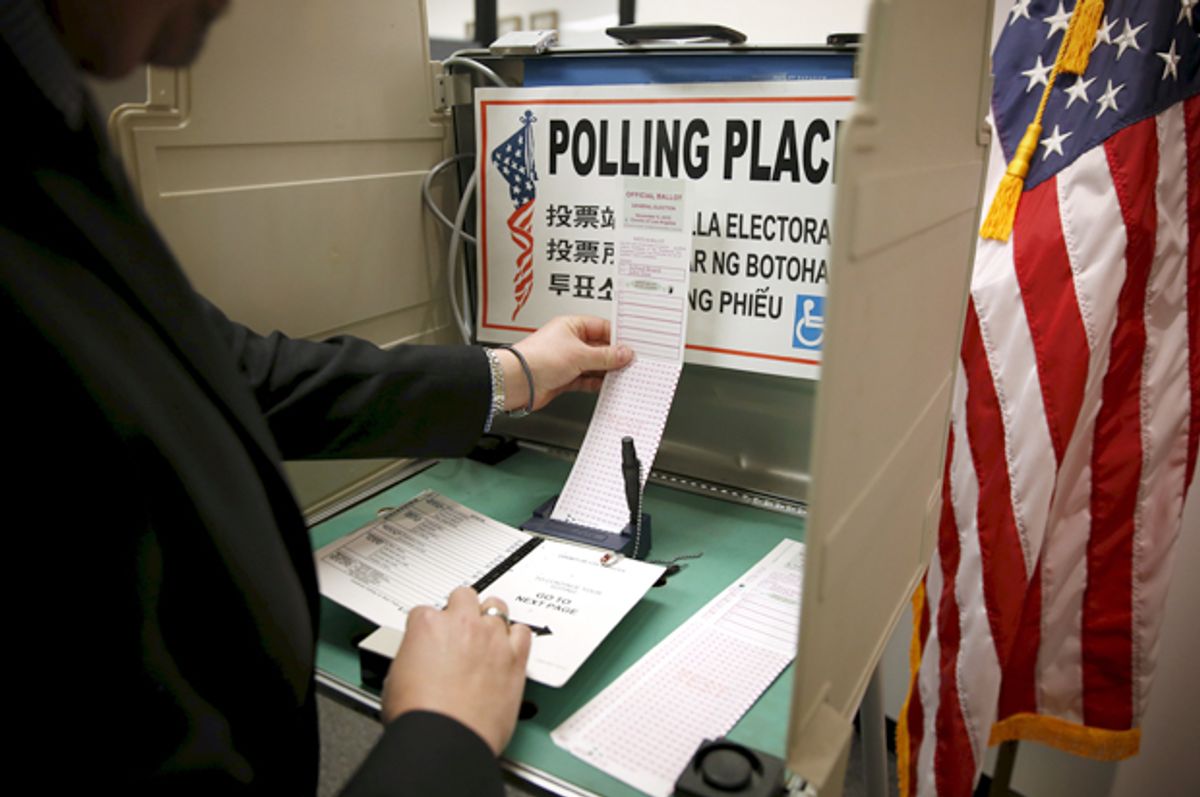 Well, Donald Trump finally found a voter who's rigging the 2016 election. In true Halloween fashion, the vote was coming from inside the camp.

When asked about why she attempted to vote twice in this election, Terri Rote told Iowa Public Radio, "I wasn't planning on doing it twice, it was spur of the moment. The polls are rigged."

Rote has also expressed rather regressive views on racial issues on social media. In one post, she denounced what she perceived as "violent protests" in Charlotte by Black Lives Matter activists; in another, she criticized NFL players protesting the national anthem for "showing how stupid they are"; in a third, she described an altercation involving an African American family at a supermarket as "another black bitch starting shit."

In case there is any doubt that Rote isn't just a Republican, but a Trump die-hard, here is a picture of her campaigning for Trump back in February:

Terri Rote plans to caucus tonight for @realDonaldTrump down on the east side of Des Moines pic.twitter.com/dMdeH7sX0V

Polk County Auditor Jamie Fitzgerald observed to the Des Moines Register on Thursday that this was the first time in 12 years someone had tried to vote twice on Election Day. It was the third case of fraud overall, but on the previous two occasions, individuals who had previously voted through a mail-in ballot also tried to vote on Election Day itself.

Rote paid a $5,000 bond on Friday to be released from jail, but if convicted, she could face up to five years in prison.