In these charged partisan times, maybe we can all use some reassurance 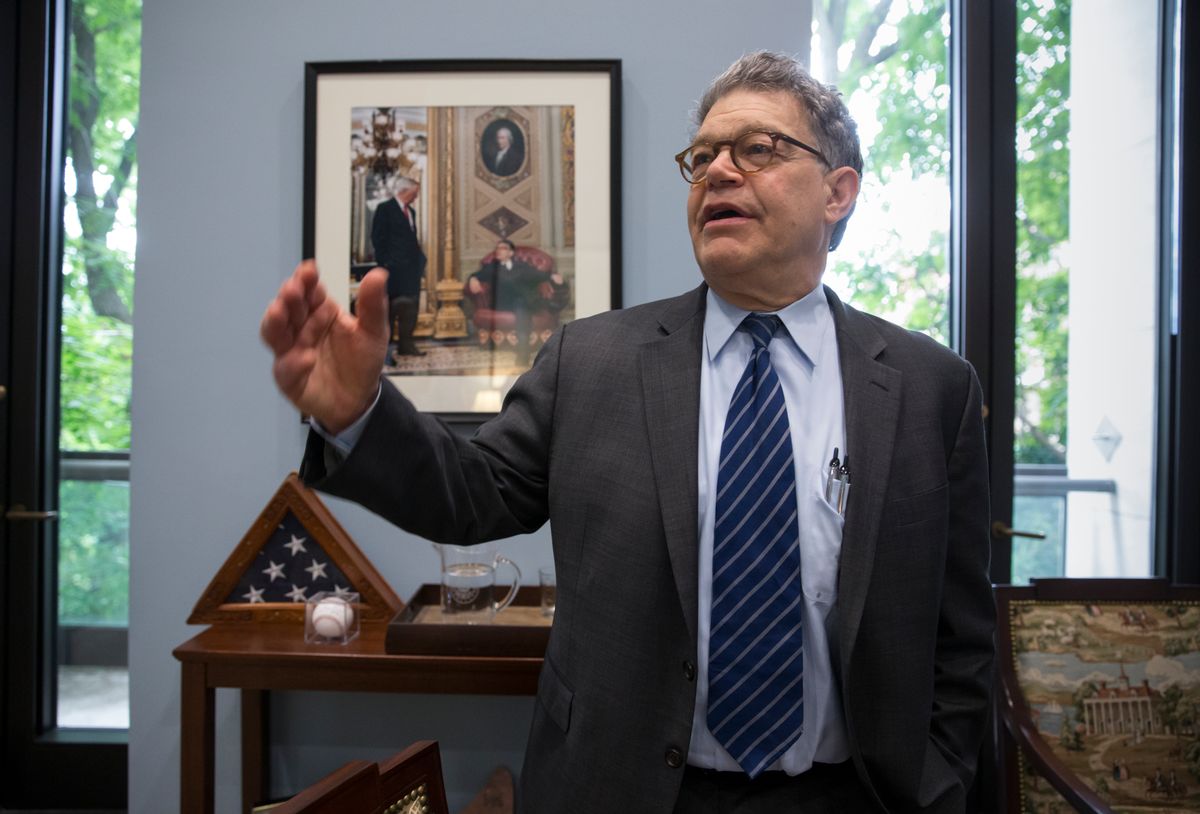 Sen. Al Franken, D-Minn., reminisces about his start in politics as he stands in front of a photo of himself with fellow Minnesotan Walter Mondale who served as a senator and vice-president, on Capitol Hill in Washington, Wednesday, June 15, 2016. (AP)
--

.@alfranken was on my flight back to DC tonight. He sang "The Itsy Bitsy Spider" as part of a joint effort to calm a baby 🌈pic.twitter.com/zwiZKuPXrX

As an editor for The Huffington Post was fortunate enough to witness and record, Franken found himself confronted with a crying baby as he returned from a recent trip to Fort Lauderdale, Florida, where he had campaigned on behalf of Democratic presidential nominee Hillary Clinton.

As so often happens on flights, a baby on the plane became upset and started crying. This prompted the comedian turned legislator to join in with other passengers in the coach cabin and sing a rousing rendition of "Itsy Bitsy Spider." (An earlier attempt at the alphabet song failed.)

Coincidentally Franken, who is a grandfather of three, recently appeared on "The View" to explain why he and his wife were moving two blocks away from his daughter, Thomasin. “I want to see them [my grandchildren] all the time," Franken told the co-hosts. “Mainly my daughter wants my wife there.”

If only Franken could find some way of singing a lullaby to the rest of the voting public.