In the media narrative, Hillary Clinton is corrupt — so what the hell is Donald Trump? 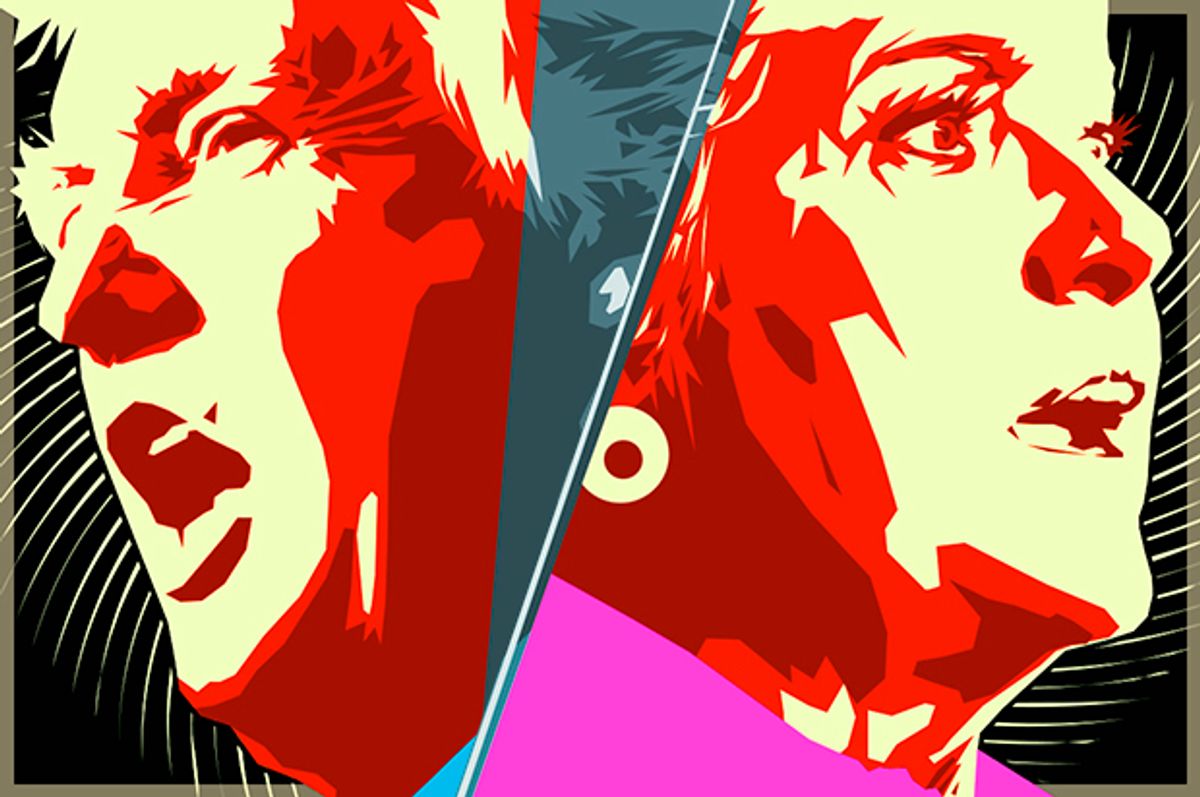 The fallout from Friday's bombshell announcement by James Comey, the FBI's director, that his agency had found emails potentially relating to the investigation of Democratic nominee Hillary Clinton's handling of classified information continued to shake up the presidential race on Monday. There were hours of excited speculation about how it was going to affect the race and whether Comey's reputation was damaged.

And there was lots and lots of breathless punditry about the "email scandal" without anyone perceiving a necessity to define it since it's taken on a life of its own.

If you do need a primer on why that issue is so compelling to the news media, this piece by Matthew Yglesias at Vox is a good place to start. In a study by Harvard's Shorenstein Center of the two campaigns' media coverage during their respective party conventions, Clinton's email scandal was the single most reported issue, with CNN vastly outpacing any other network or newspaper in its overwhelming attention to the issue.

And this was after the FBI had decided that no charges of mishandling classified information were warranted. Since Comey took it upon himself to publicly scold Clinton like an errant child, the news media naturally treated the event as if the words had come down from Sinai and condemned her as if she had been found guilty anyway.

One of the major rationales for the ceaseless coverage of the issue is the prospect of a Clinton presidency being burdened by the necessity of dealing with a full-blown witch hunt by Republican-led House committees investigating her alleged conflicts of interest. Oddly enough, the media can barely spare a moment to contemplate the overwhelming conflicts of interest and legal exposure that a President Donald Trump would bring to the White House.

As Media Matters laid out on Monday, Trump is currently facing 75 different civil lawsuits for matters including fraud, breach of contract, nonpayment, sexual harassment and defamation. He has three pending Trump University fraud suits and is suspected of perpetrating a "pay-for-play" scheme with Florida Attorney General Pam Bondi and possibly others to shut down a state investigation into the same fraudulent enterprise.

Just last week Trump was ordered to appear in federal court on Dec. 16 for a status conference in a civil lawsuit brought by a woman who accused him of raping her when she was 13. (According to the latest blockbuster investigative piece by Kurt Eichenwald in Newsweek, Trump has destroyed emails and other documents in circumvention of court orders for decades.)

Everyone knows that last month Donald Trump was revealed on tape bragging about sexually assaulting women and that shortly thereafter women began to come forward by the dozen to allege the same. A number of such women are now represented by legal counsel, a problem with which a President Trump would surely have to deal. (The Supreme Court set that precedent with former president Bill Clinton in the Paula Jones case.) One can only imagine how many others might come forward.

And I have written before about the literal impossibility of Trump extricating himself from the Trump Organization's foreign entanglements. He would have massive conflicts of interest all over the globe, no matter how much Trump and his family try to divest themselves from the business — which they have no intention of doing. American foreign policy would be held hostage to the president's business interests, and that's assuming we even knew what those interests were.

The only thing we do know is that Trump has dealings with shady characters in various countries around the world that would greatly complicate American national security and its relationship to its allies. At the moment he has refused to give any information about his foreign holdings and media outlets have been strangely passive about asking him about it. This is all he's said about this extremely important topic:

If I become president, I couldn't care less about my company. It's peanuts. I want to use that same — up here, whatever it may be — to make America rich again and to make America great again. I have Ivanka and Eric and Don sitting there. Run the company, kids. Have a good time. I'm going to do it for America. . . .  I would put it in a blind trust. Well, I don't know if it's a blind trust if Ivanka, Don and Eric run it. But — is that a blind trust? I don't know. But I would probably have my children run it with my executives. And I wouldn't ever be involved because I wouldn't care about anything but our country — anything.

Now there's this evolving issue of possible Russian involvement in the election on behalf of Trump's candidacy. A flurry of conflicting stories came out yesterday, obviously leaked by warring FBI factions. One reported that the FBI had opened a preliminary investigation into the relationship between Trump's former campaign manager, Paul Manafort, and former adviser Carter Page and pro-Russian interests.

Slate published an intriguing piece by Franklin Foer about computer experts who reportedly found possible direct connections between the Trump campaign and a Russian bank suspected of being a front for the government. David Corn of Mother Jones came out with a piece about a former intelligence officer finding evidence that Trump has been cultivated by the Russian government for years. And the Atlantic published a chilling report from Mike Lofgren about Russians' influence on the far right in Europe and how their interference on behalf of Donald Trump was seen as a way of boosting the alt-right.

The New York Times quoted other anonymous FBI sources saying they've determined that the Russian government simply wanted to interfere with the election but had no preferred  candidate. (This is an odd conclusion considering that the Russians appear to have targeted only the Democrats. So one has to wonder whether the Times' FBI source is a Republican.) Coincidentally, a video has surfaced from 2013 in which Donald Trump says he knows Vladimir Putin very well, although he now says he's never met the Russian president.

All of this raises a question The Washington Post's Paul Waldman raised two months ago: How is it possible that Clinton's email brouhaha has marked her as thoroughly corrupt and dishonest, while Trump's monumentally nefarious past, present and future are overlooked? Waldman's assumption is probably the correct one: The narratives were set early in the campaign cycle, with Trump being the bigoted, crazy one and Clinton being the corrupt one. That's just how the media frames the contest.

They got it wrong. Yes, Trump is the crazy, bigoted one. He's also a misogynist and worse. But he's also the corrupt one, perhaps even more than most of us who had already understood that ever imagined. Considering that partial list of conflicts, misdeeds and legal entanglements I just laid out, a President Trump is unimaginable.