Despite increased sales, the pharmaceutical giant's inefficiencies led to a 38 percent drop in profits 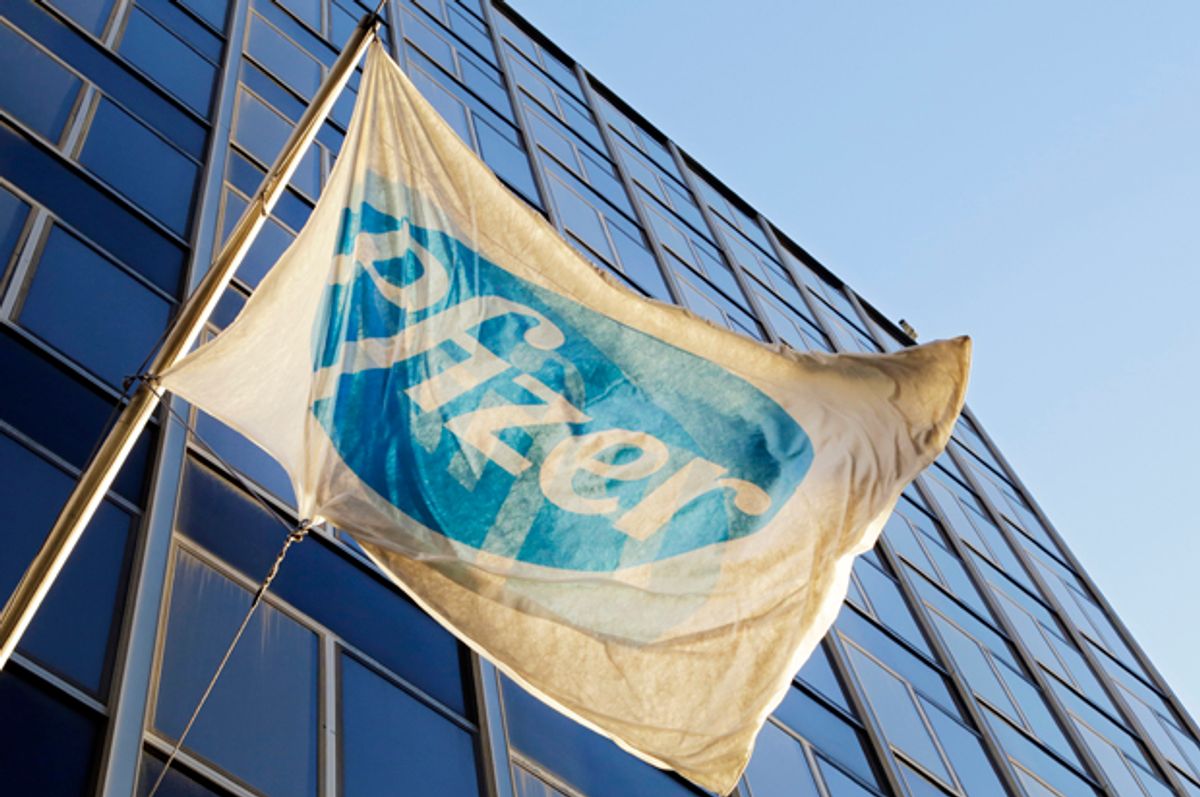 Two weeks after Ariad Pharmaceuticals lost $387 million due to a single tweet, another drug company is feeling the pain on the stock market. Profits for Pfizer, America's largest natively-based pharmaceutical company, dropped 38 percent this quarter, causing the company's stock to fall 1.6 percent to $31.20, a drop of 50 cents per share.

This news comes despite an increase in sales for Pfizer products, which include Viagra, Lyrica, and Lipitor. Analysts say these profits were canceled out by the company's increased spending and numerous acquisition-related changes. Overall Pfizer had a net income of $1.32 billion, or 21 cents per share, which is down from $2.13 billion and 34 cents per share from the same quarter last year.

The culprit seems to be a trend of unstable business planning that seems to have afflicted Pfizer over the past few years.  Back in September Pfizer even considered splitting up into two companies as a way to accelerate growth, although it disappointed investors after ultimately abandoning this plan. This came on the heels of Pfizer trying to acquire two other pharmaceutical companies, AstraZeneca Plc in the UK in 2014 and Allergan Plc in Ireland this year, both of which also failed.

As a result of its business downturn, Pfizer is discontinuing production of bococizumab, a member of a class of anti-cholesterol medications known as a PCSK-9 inhibitors. Although Pfizer has made its mark with successful generic anti-cholesterol drugs like Lipitor, it found that bobocizumab didn't perform as well as expected during late-stage testing and were pessimistic about its chances of effectively competing against other anti-cholesterol drugs. One analyst wrote to investors that annual sales expectations for bococizumab would have fallen roughly $350 million short of the $1 billion threshold expected of major drug launches.