But, sorry, Dems: No verifiable evidence has been found linking the Republican nominee to the Kremlin 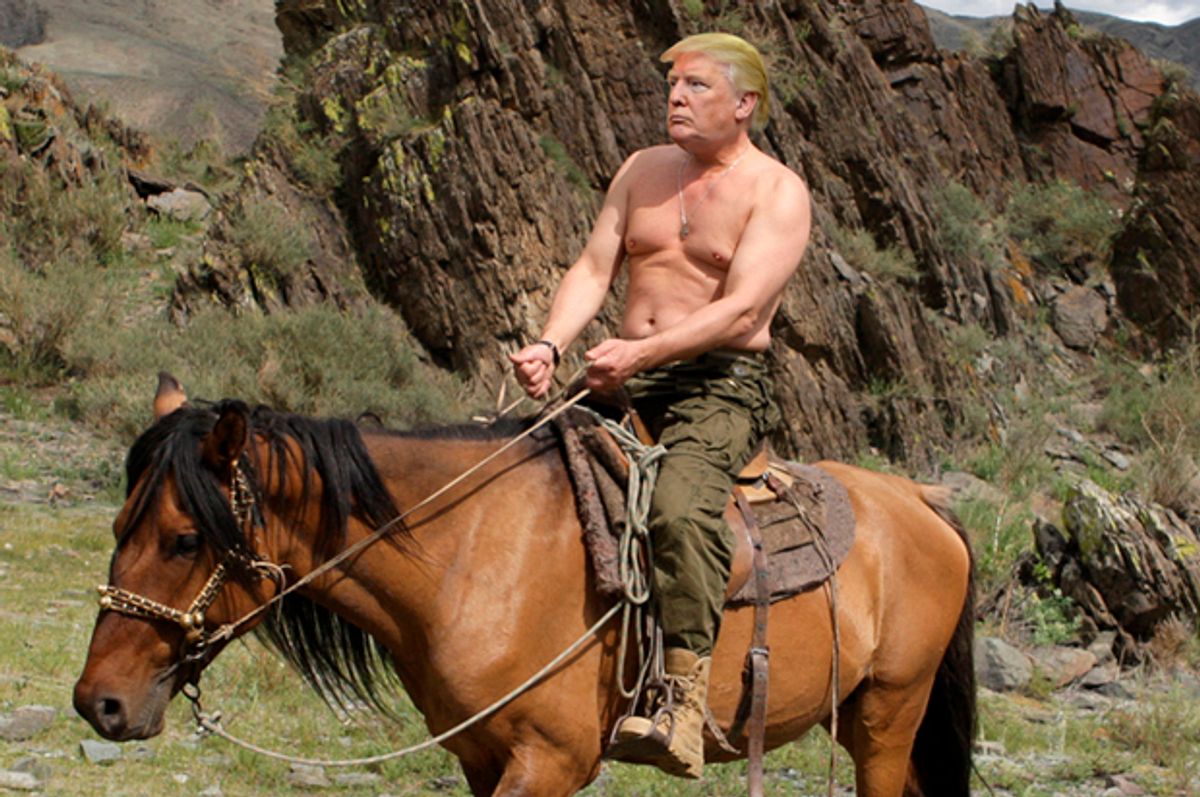 Donald Trump is going to have trouble uniting the world — most of the world doesn't want to see him become president.

According to a new Pollfish mobile survey, 60 percent of respondents from six major non-U.S. countries said they preferred Hillary Clinton to Donald Trump.

Of the 3,500 polled, only 24 percent said they preferred the Republican presidential nominee — less than the 26 percent who preferred neither. And of the six countries — Canada, France, Germany, Russia, Mexico, and the United Kingdom — only one favored Trump: Russia.

On the flip side of the survey results, Mexico showed the strongest disdain for Trump, whose campaign gained momentum by vilifying illegal immigrants from South and Central America, before turning its attention to Syrian refugees and eventually the entire Muslim community: 96 percent of Mexican respondents said they preferred Clinton.

An April YouGov poll of over 20,000 adults in G20 member states similarly found that Trump carried a 21 percent advantage in Russia, but was elsewhere trailing Clinton.

Trump's ties to the Kremlin and Russian President Vladimir Putin have faced especial scrutiny of late. The Clinton camp has repeatedly accused the Russian government of tampering with the U.S. election after its alleged involvement in hacking campaign chair John Podesta's emails.

"A former senior intelligence officer for a Western country who specialized in Russian counterintelligence" told Mother Jones that "when he dug into Trump . . . he came across troubling information indicating connections between Trump and the Russian government. According to his sources, he says, 'there was an established exchange of information between the Trump campaign and the Kremlin of mutual benefit.'"

According to The New York Times, however, a comprehensive summer-long FBI investigation into any connection between Trump and Russia proved fruitless.

"Law enforcement officials say that none of the investigations so far have found any conclusive or direct link between Mr. Trump and the Russian government," The Times reported on Monday. "And even the hacking into Democratic emails, F.B.I. and intelligence officials now believe, was aimed at disrupting the presidential election rather than electing Mr. Trump."