One GOPer is a #NeverTrump candidate. One toed the party line 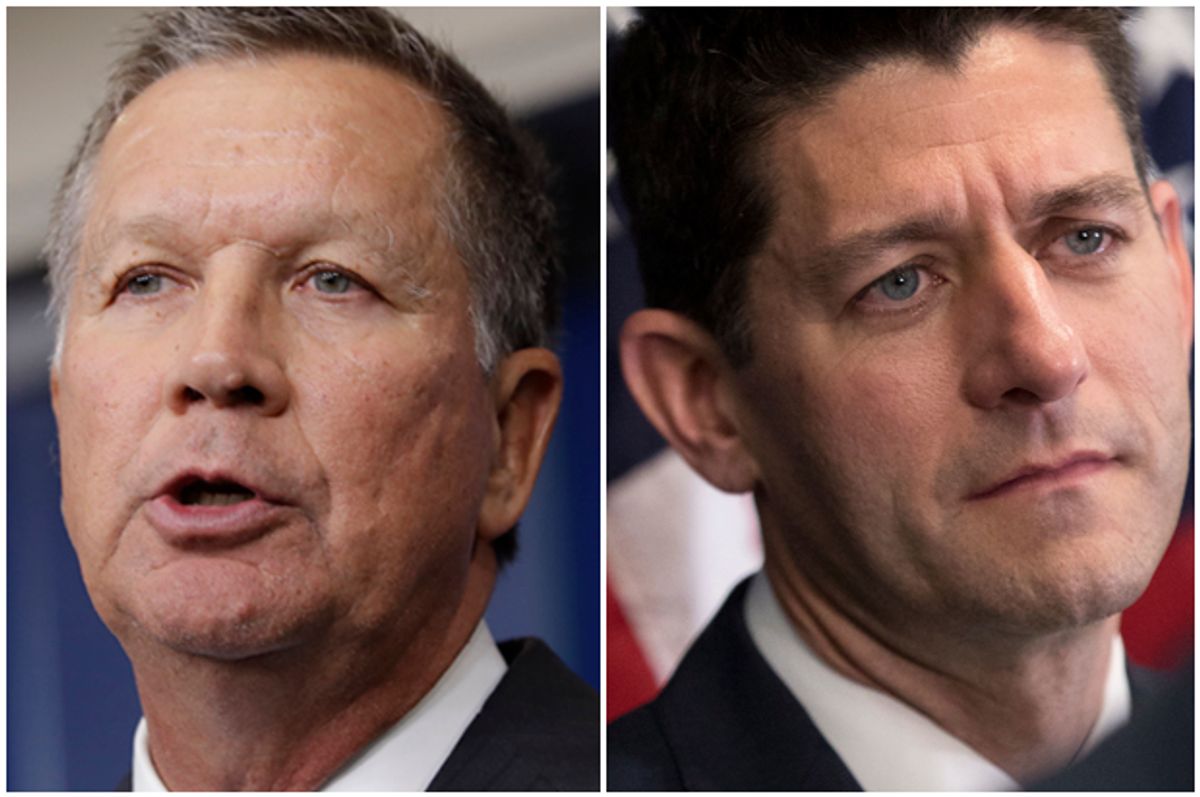 House Speaker Paul Ryan may not campaign for Donald Trump, but he made it clear to Fox News viewers on Tuesday that he still voted for the Republican nominee.

"I stand where I've stood all fall and all summer," Ryan told "Fox and Friends."

"In fact I already voted here in Janesville for our nominee last week in early voting. We need to support our entire Republican ticket."

Ryan never mentioned Donald Trump by name. When it was pointed out that Trump was currently campaigning in Ryan's home state of Wisconsin, the former vice presidential candidate professed ignorance.

"I didn't know that," Ryan said, before explaining that he happened to be headed to Indiana to campaign for down-ballot Republican candidates there.

By contrast, the Cleveland Plain Dealer reported Monday that Gov. John Kasich, who ran against Trump and more than a dozen other Republican presidential candidates during the primaries earlier this year, had written in the name of the GOP's 2008 presidential nominee, Sen. John McCain R-Ariz., in lieu of supporting either Trump or Democratic nominee Hillary Clinton.

"Donald Trump is a man I cannot and should not support," Kasich said in a statement last month, issued shortly after a tape leaked of Trump bragging about committing sexual assault. "The actions of the last day are disgusting, but that's not why I reached this decision, it has been an accumulation of his words and actions that many have been warning about. I will not vote for a nominee who has behaved in a manner that reflects so poorly on our country. Our country deserves better."

Both Ryan and Kasich have had highly publicized dust-ups with the Republican nominee. Ryan has been accused of offering inadequate support to the GOP standard-bearer despite being the party's highest-ranking elected official, while Kasich has openly refused to endorse Trump despite the Republican National Convention being hosted in his home state.