WATCH: In 1988, Donald Trump sat next to a mobster he denied he ever met

Trump once said, "If he was standing in front of me, I wouldn't know what he looked like" 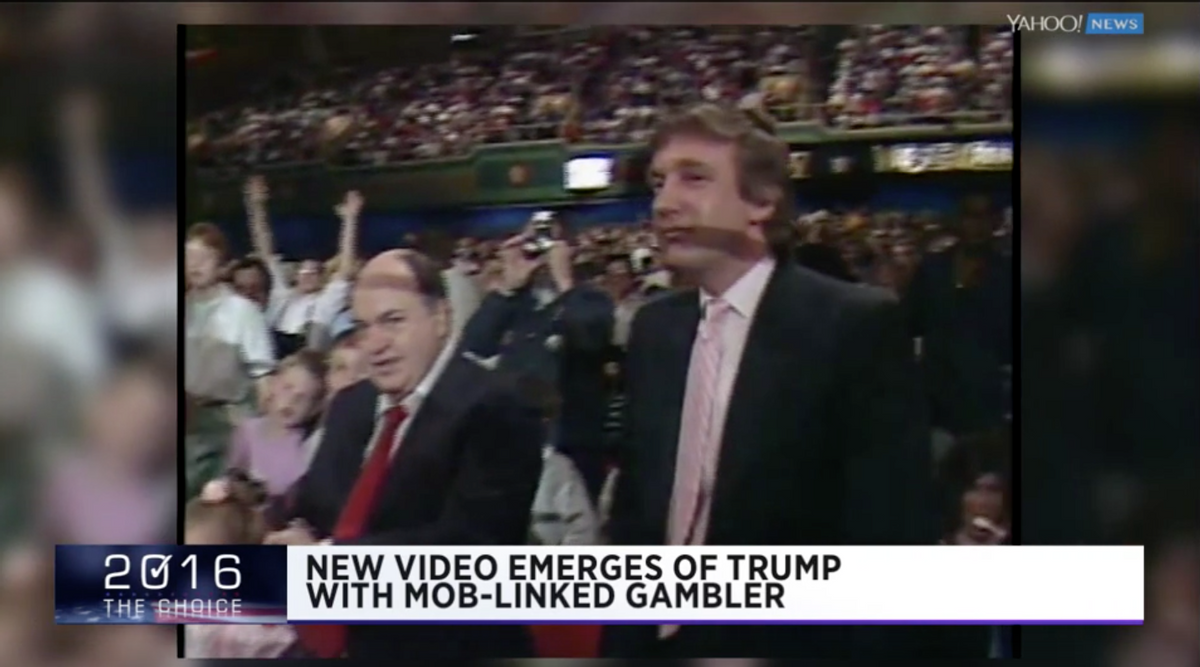 The footage, surfaced by Yahoo News, shows LiButti standing next to Trump in the front row of a wrestling match for WrestleMania IV in Atlantic City, New Jersey, in 1988. LiButti's daughter, Edith Creamer, told Yahoo News that they were there as Trump's guests.

The Trump campaign denied Trump's connection to the mobster.

“This was obviously a massive event, which took place decades ago," Trump campaign spokeswoman Hope Hicks told Yahoo News in an email. "Mr. Trump attended many similar events with thousands of people during this time period.”

This isn't the first time that Trump has denied knowing LiButti. When asked about the mobster by the Philadelphia Inquirer in 1991, Trump replied,  “If he was standing here in front of me, I wouldn’t know what he looked like."

When asked about his relationship with LiButti by Yahoo News earlier this year, Trump reiterated his denial.

"During the years, I very successfully ran the casino business, I knew many high rollers," he emailed Yahoo News. "I assume Mr. LiButti was one of them, but I don’t recognize the name."

LiButti was a well-known associate of John Gotti, boss of the Gambino crime family in New York City. He developed a reputation as a high-roller who frequented Atlantic City casinos, including those owned by Trump. The two seem to have first met in 1988, when LiButti sold Trump a racehorse that was promptly named DJ Trump. In 1991, Trump was fined $200,000 by gaming investigators who discovered that he had accommodated LiButti's request to not have women or African-Americans at his gaming tables.

The mobster also reportedly threatened to castrate Trump when it came out that Trump was trying to start an affair with LiButti's daughter, Edith, while still married to his first wife Ivana.