Are white men waging the real "war on cops?" 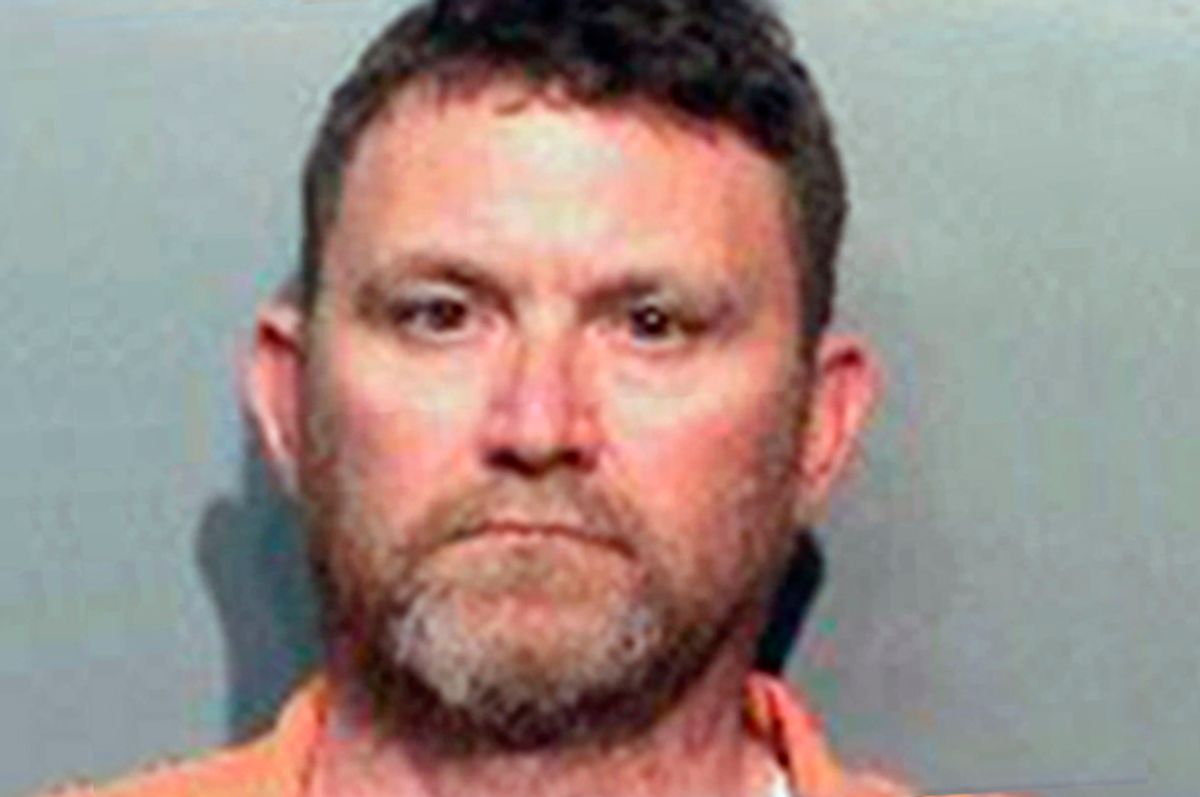 The right-wing echo chamber plays the same notes over and over again. One such talking point is the lie that groups such as Black Lives Matter and “inner city” residents are waging a “war” on America’s police.

When the fascist Donald Trump brays about how America’s police are under “siege” and that no one “respects” them anymore he is channeling this lie.

Fox New’s Sean Hannity channels this lie when he says, “Black Lives Matter is not the answer. They only make things worse because their advancing narrative is killing cops.”

His compatriot Bill O’Reilly also channels this lie when he says, “We have open season on the cops” and that Black Lives Matter is a “hate group.”

When Rush Limbaugh says Black Lives Matter is a “terrorist group,” again, he too is channeling this lie.

This narrative is old. Its roots can be traced to the America's origins as a society where black people were owned as human property and white people lived in perpetual fear of slave uprisings and rebellions. In the 1960s and early 1970s, President Richard Nixon mastered it with his pronouncements about “law and order” and promises to defend the (white) silent majority against “riots” and “inner city” crime. Nixon’s law-and-order Southern strategy playbook is still being imitated by Republicans and movement conservatives five decades later.

In all, the image of black and brown people waylaying police, running amok in America’s streets and being a unique and perpetual threat to law and order is a white racist fantasy. Black offenders are not more likely to kill police officers than are white offenders. And in terms of raw numbers, white offenders actually killed more police than black offenders. A recent study in the journal Violence and Gender found that in 2014 white men constituted 54 percent of those who killed law enforcement agents.

The idea of black and brown people waging a war on the police titillates and terrorizes white America. And by doing so, such fantasies serve the interests of the elite and the powerful by distracting too many white people from the real threats they face — economic, social, physical and political — from people who look like them as opposed to some type of nebulous black and brown Other.

To wit: On Wednesday two white police officers, Anthony Beminio and Justin Martin were shot and killed in an ambush-style attack in the Des Moines, Iowa, metro area.

A suspect, Scott Michael Greene, was arrested on Wednesday. Like the victims, Greene is a white man.

Local police are trying to figure out why an Urbandale man allegedly ambushed two metro police officers in the dead of night, gunning them down without warning as they sat 2 miles apart in their patrol cars. The deaths early Wednesday morning shocked the Des Moines and Urbandale police departments, prompting both to take extra precautions to ensure officers' safety. Des Moines paired its officers so no one was patrolling alone, Sgt. Paul Parizek said.

Police said it appeared that both officers were taken by surprise and had no opportunity to defend themselves. Urbandale police Chief Ross McCarty said it appeared that Greene walked up to Martin's patrol car and fired 15 to 30 shots into the driver’s side of the vehicle. “The puzzling thing about this is that (Officer Martin) didn’t have any idea or warning or fear that anything was wrong,” McCarty said. Martin appeared to be stopped in his vehicle. “We’re assuming (Greene) walked up on foot.”

As the Independent reported, Scott Michael Greene was recently recorded waving the Confederate flag at a high school sporting event in an apparent effort to provoke and offend African-Americans sitting nearby. Police removed him from the venue. Greene also appears to support Donald Trump, the Republican presidential nominee.

The shooting of Beminio and Martin, allegedly by Green, is part of a larger pattern.

Using data from the Officer Down Memorial Page, New York Daily News writer Shaun King has shown that in the first part of this year white men constituted 71 percent of the alleged cop killers. This does not include the recent shootings of white police officers such as Dan Glaze, Darrell Spells, Joseph Zangaro and Ronald Kienzle allegedly by white suspects — incidents that did not receive a large amount of national coverage or cause a panic within the right-wing news-and-entertainment media.

Moreover, federal law enforcement agencies have identified the sovereign citizens movement and other right-wing militias as posing a greater threat to American domestic security than Islamic terrorists. This warning is well-founded: Since 2001 sovereign citizens and other right-wing “militia” members have killed more Americans than Islamic terrorists. These organizations are majority white in composition and many of them have connections to white supremacist and white nationalist organizations. One such group, the Oath Keepers, says it will be following Donald Trump’s commands by intimidating African-Americans and other people of color on Election Day.

The sovereign citizens and other components of the right-wing militia movement have also been involved in numerous lethal attacks on police officers, firefighters and other public workers across the United States.

In the aftermath of yesterday’s unfortunate events in Des Moines, Fox News hate talkers such as Sean Hannity and Bill O’Reilly will likely not sermonize about the violence committed by white members of the American right-wing against the country’s police. Nor will Trump launch into a tirade about white “thugs” and “bad dudes” who kill cops.

Once again, white racism is shown to be a type of currency in America. Fears about the bogeyman of “black crime” and how there is a “war on the police” being waged by groups such as Black Lives Matter wins votes and viewers for Republican politicians and the right-wing news-and-entertainment media. Telling the truth about “white crime” is far less profitable because it would force hard questions about American society and white privilege that far too many (white) people are intent on avoiding at all costs.