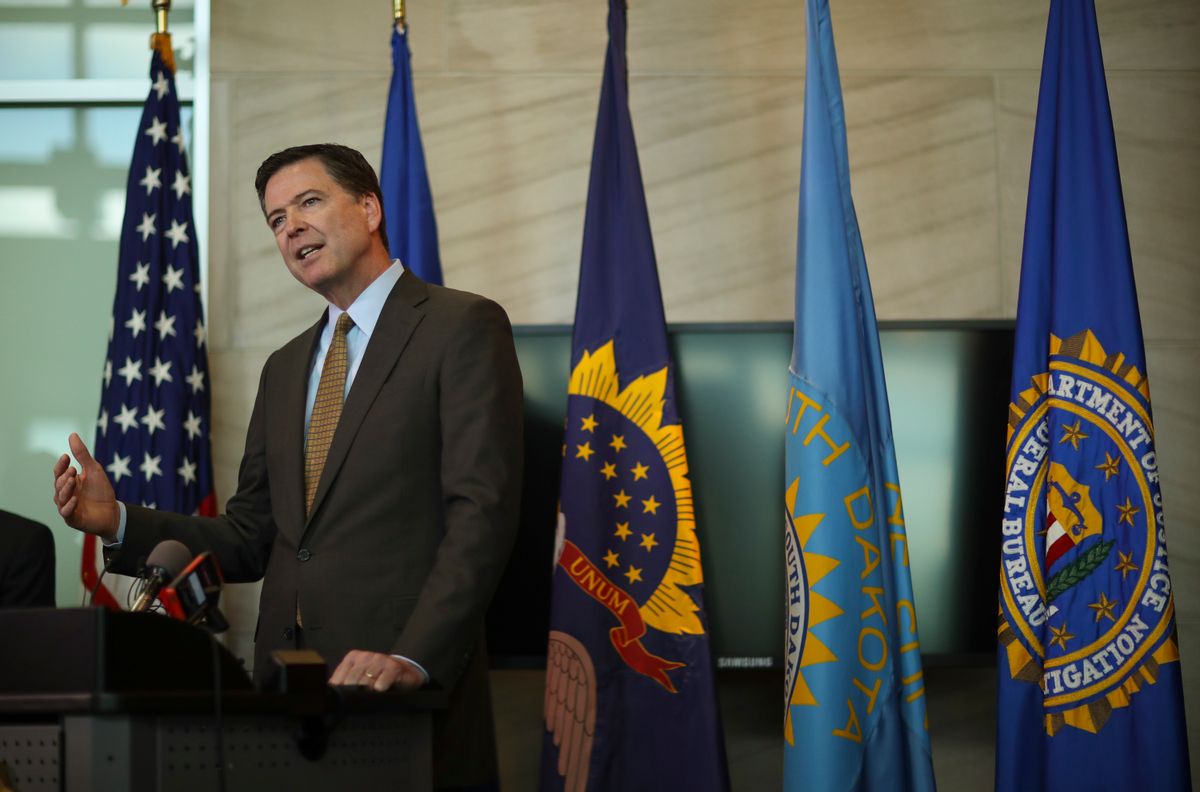 Under the FBI's director, James Comey, whose ethically challenged letter sent last Friday put wind in Republican Donald Trump's sails, the bureau appears to be ready to kick off a partisan witch hunt against Democratic presidential nominee Hillary Clinton — and it's all because the agents harbor a pro-Trump bias.

As The Guardian reported on Thursday, sources within the FBI told the newspaper that many agents were outraged that Comey decided to not recommend an indictment against Clinton in July in connection with her use of a private email server. Last Friday Comey signaled in his letter that the agency is reviewing newly surfaced emails to see if they are pertinent to the now closed Clinton investigation.

"The FBI is Trumpland," one agent told The Guardian, with another describing how Clinton is "the antichrist personified to a large swathe of FBI personnel" and "the reason why they're leaking is they're pro-Trump."

While some of The Guardian's sources disagreed that the FBI is overwhelmingly pro-Trump, all indicated that the attitude toward Clinton is extremely negative.

“There are lots of people who don’t think Trump is qualified, but also believe Clinton is corrupt," said a former FBI official. "What you hear a lot is that it’s a bad choice, between an incompetent and a corrupt politician.”

One of these partisan agents is feeding Fox News' Brett Baier, who claimed on Wednesday that he had sources in the FBI personally assuring him that Clinton is going to be indicted.

"Two separate sources with intimate knowledge of the FBI investigations into the Clinton emails and the Clinton Foundation tell Fox the following," Baier said on his show. "The investigation looking into possible pay-for-play interaction between secretary of state Hillary Clinton and the foundation has been going on for more than a year. Led by the white-collar crime division, public corruption branch of the criminal investigative division of the FBI."

There have been hints at an anti-Clinton bias in the FBI before now. Two days before Comey released his October surprise, former New York City mayor Rudy Giuliani (who has very close connections to the FBI) told Fox, "I think [Donald Trump's] got a surprise or two that you’re going to hear about in the next few days. I mean, I’m talking about some pretty big surprises.” When asked what he meant by that, he said, “We’ve got a couple of things up our sleeve that should turn this thing around.”

After Comey released his letter last Friday, Giuliani appeared on radio saying that many FBI agents believed that not charging Clinton was "completely unjustified and almost a slap in the face to the FBI’s integrity. I know that from former agents. I know that even from a few active agents.”