Still grieving over Vine? Hype, a new app from Vine's creators, is here to ease your pain 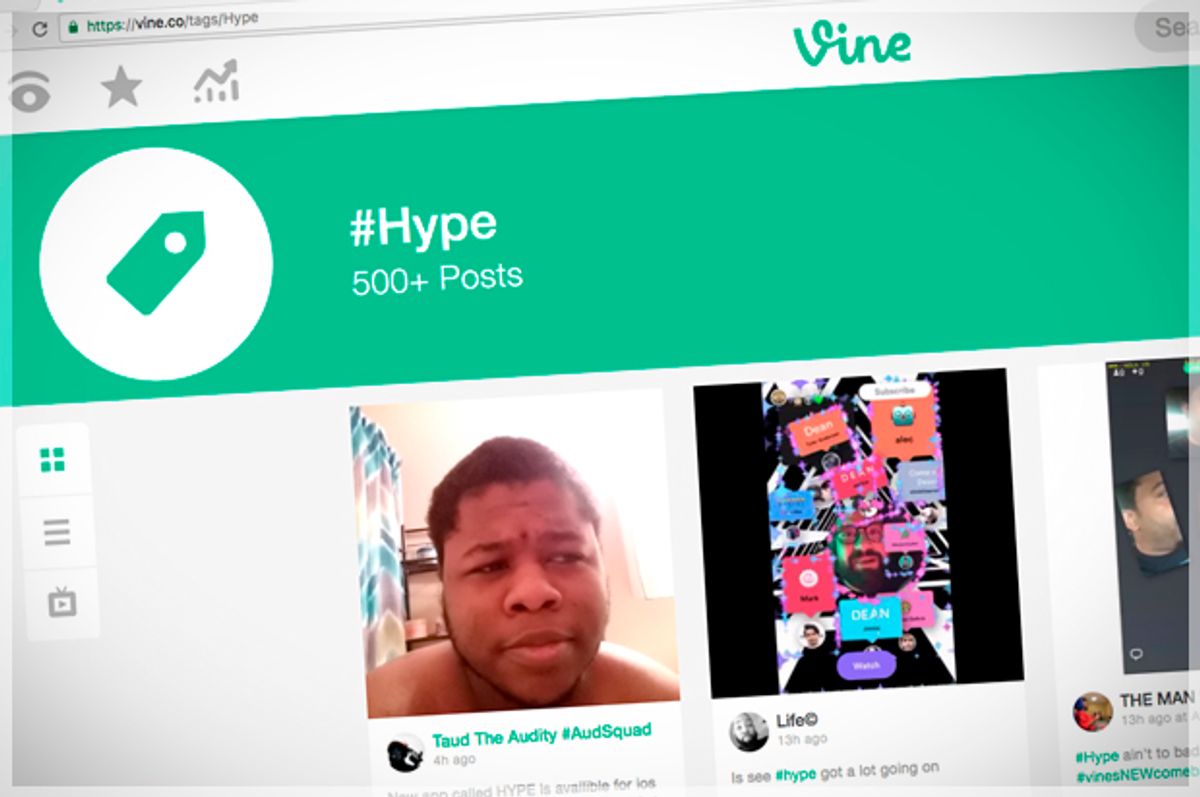 Less than a week after Twitter announced it was shutting down Vine leaving many loyal users bereft, the co-founders of the company that originally created and owned Vine are launching a new video app called Hype.

It's not a remake of Vine per se, and it seems destined to compete with a different Twitter acquisition: Periscope

Hype is a live streaming service is distinguished by the numerous features: Viewers watching a video on Hype will be able to interact with the content creators by asking questions and voting in polls, while the creators can highlight comments they like during the live stream. Audience members can also share live broadcasts with their friends while they're occurring, with those individuals then being able to join and participate immediately if they so choose.

Users can also insert any media into their live stream as it is being broadcast — a GIF, an image, a video, a song, or anything else. Hype also allows users to change how their video appears in the stream, whether moving it to different windows, changing the shape of a window, or moving their image across the screen.

"Put simply, our goal with HYPE is to elevate storytelling on mobile by building the most expressive and flexible creative video tools, coupled with real time input from the audience,"  Team Hype explained in a public letter published on Medium on Thursday. "While developing HYPE, we were inspired by the evolution of TV and desktop broadcasting — these areas continue to grow in quality and expression, while mobile video has remained relatively simple and one-dimensional. We think there’s a better experience to be had, one that uses the phone’s capabilities to full effect and blends the creator’s own media into their live broadcast."