The curse is over: Chicago Cubs' most famous fans can finally celebrate 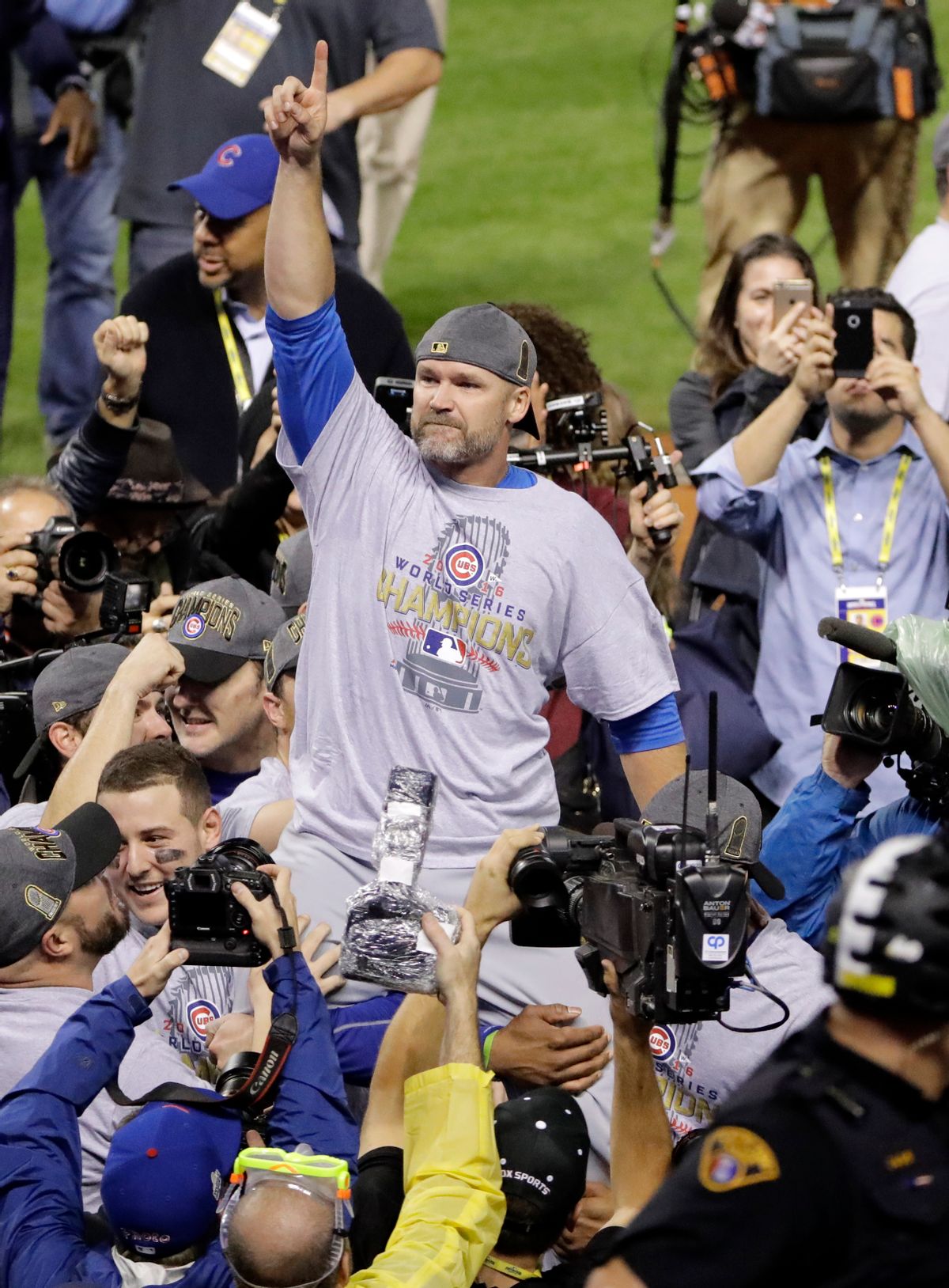 Chicago Cubs' David Ross is carried by teammates after Game 7 of the Major League Baseball World Series against the Cleveland Indians Thursday, Nov. 3, 2016, in Cleveland. The Cubs won 8-7 in 10 innings to win the series 4-3. (AP Photo/Gene J. Puskar) (AP)
--

The Chicago Cubs made history on Wednesday night -- or actually, on Thursday morning -- by winning their first World Series since 1908, and ending the longest championship drought in baseball. Naturally, celebrity Cubs fans across the world had quite a bit to say about it.

There were the ones who graced us with memorable pictures.

The billy goat is dead!! As I've said, from the beginning, I'm getting too old for this! #GoCubsGo #FlytheW pic.twitter.com/iCOL6A3s1i

Then there were the celebrities who drew attention to the amount of time that had passed since the last Cubs championship. One presidential candidate, despite her reputation for stoicism, couldn't contain her joy.

#CubsWin. The curse of the Billy goat is over. #cubs#cubbies#worldseries#worldserieschamps… https://t.co/RnUskGHsjz — Don Lemon (@donlemon) November 3, 2016

They did it! 108 years later and the drought is finally over. Way to make history, @Cubs. #FlyTheW -H — Hillary Clinton (@HillaryClinton) November 3, 2016

Some celebrities made no secret of the fact that they were openly crying.

Dear followers. The @Cubs have won the World Series and I am openly crying. Ron may even have lifted his glass 2 our longsuffering. #Swanson — Nick Offerman (@Nick_Offerman) November 3, 2016

Go @Cubs, go! Been rooting for you since I was a kid, and so incredibly proud tonight. #FlytheW -mo

A fantastic game! Both teams have so much heart; don't remember seeing a game like it! Congratulations to the #Cubs! Love the #Indians too! — Bette Midler (@BetteMidler) November 3, 2016