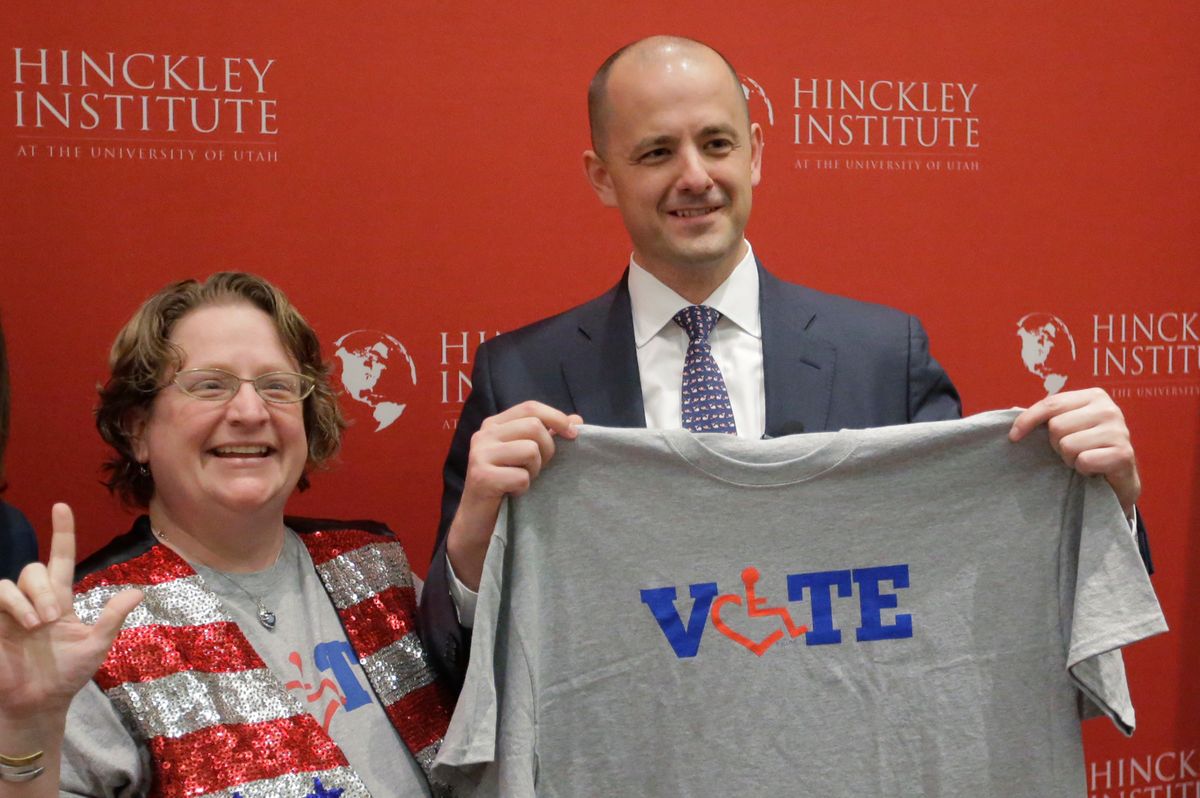 Supporter Alison Greathouse, left, poses with independent presidential candidate Evan McMullin during a University of Utah candidate forum, Wednesday, Nov. 2, 2016, in Salt Lake City. McMullin answered questions at the forum, as he attempts to fend off a new wave of critiques from Republican Donald Trump's supporters who are trying to prevent McMullin from winning what has become a toss-up state.(AP Photo/Rick Bowmer) (AP)
--

"I am sorry for the mean-spirited message and I humbly retract its contents," said William Johnson "I sent the robocalls out because Utah is a strong family-values state and America and the West is gripped by an extreme and fatal malady: failure to marry and have children. The white birthrate is so astonishingly low that Western Civilization will soon cease to exist. I felt Evan McMullin typified that perfidious mentality."

The message sent out by Johnson claimed that “Evan is over 40 years old and is not married and doesn’t even have a girlfriend. I believe Evan is a closet homosexual.”

After denouncing McMullin for being "an open borders, amnesty supporter," Johnson also claimed that “Evan has two mommies. His mother is a lesbian, married to another woman. Evan is OK with that. Indeed, Evan supports the Supreme Court ruling legalizing gay marriage.”

Although Johnson is now expressing contrition for his bigoted message, he initially felt his open acknowledgment of being a white nationalist would help its message.

"As a general rule, I find that there’s a much higher percentage of people who share messages from a white nationalist. If I were to call people and ask them to join Amway, it’s not going to get transferred at all," he told Salon.

Although McMullin does indeed have a lesbian mother, he opposes legal recognition of same-sex marriages.