Whole Foods gets its pantries in a bunch over declining sales, eliminates one of its two CEOs

Facing its first decline in sales since 2009, Whole Foods is moving to cut costs, as layoffs are expected 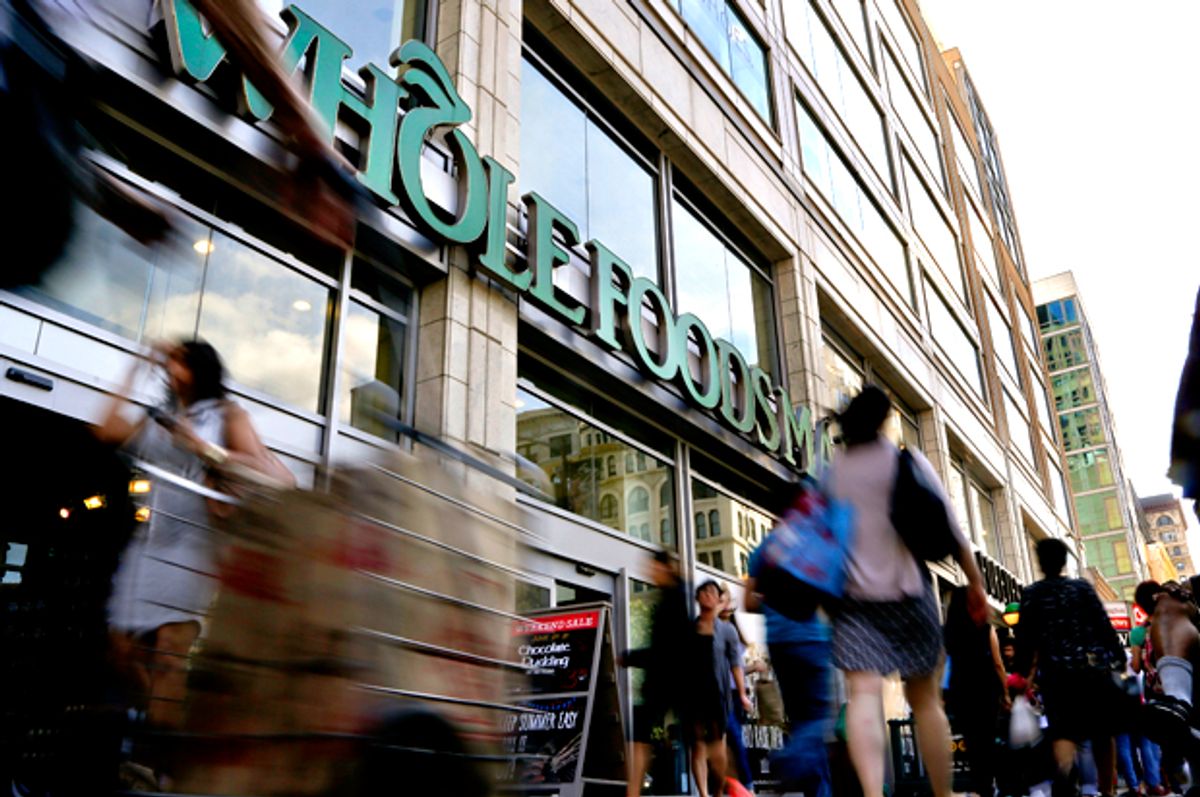 When a company has two CEOs, it's a pretty good sign it's bloated. Whole Foods announced on Wednesday that it is job-eliminating one of its two Chief Executive Officers, Walter Robb, a decision made in the wake of its first annual decline in comparable sales since 2009.

Robb is expected to remain on the Whole Foods board of directors and serve as a senior adviser, but by leaving his position as co-CEO, it will end the six-year period in which Whole Foods was one of the few American companies with a dual leadership structure. Robb will also reportedly receive a $10 million severance package and a lifetime discount of 30 percent on purchases made at Whole Foods.

“Under Walter’s leadership, Whole Foods Market has grown from 12 to 464 stores in three countries,” said Whole Foods' chairman John Elstrott as he praised the departing exec.

This is part of a larger agenda by Whole Foods management to reduce costs. Whole Foods has cut prices, started a loyalty program, and combining store teams so that they can layoff employees. They're also planning to expand development of their 365 franchise, a spinoff chain that will offer less expensive versions of the inventory available at their larger stores.

Overall, Whole Foods plans on cutting $300 million in annual costs, with John Mackey reporting to investors on Wednesday that "we are pleased to report that as of year-end, we are more than 50% of the way toward our goal."