North Carolina's "Bathroom bill" could be the downfall of Gov. Pat McCrory

As Election Day approaches, the vote for the governor of North Carolina will be a referendum on the bathroom bill 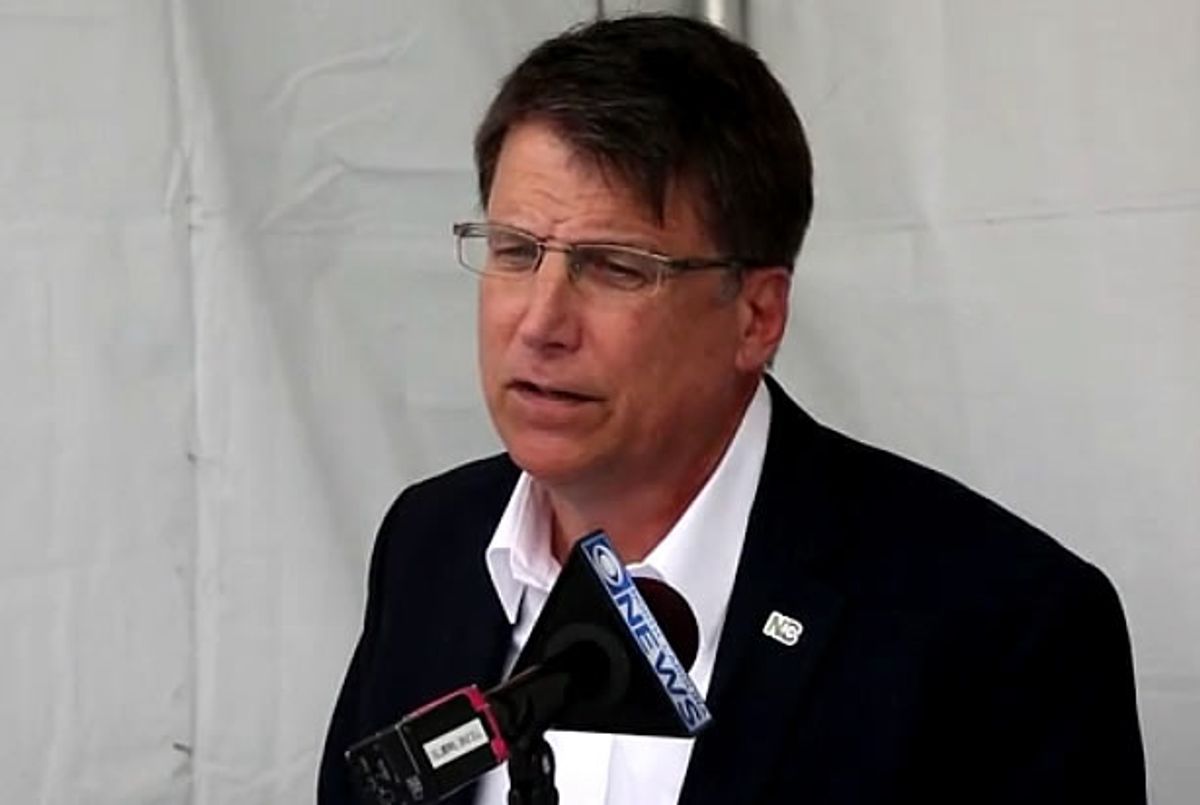 Incumbent North Carolina Governor Pat McCrory  is in an extremely tight race against Democratic challenger Attorney General Roy Cooper, and it’s all coming down to the issue of the state's “Bathroom bill.”

In March, McCrory signed House Bill 2, the state's Public Facilities Privacy and Security Act. HB-2 bans transgender citizen from using bathrooms that corresponds with their gender identity, and requires them to use government-run facilities that correspond with their “biological” sex. McCrory’s challenger, Attorney General Roy Cooper, opposes the bill.

"There’s no question this is going to be a very close race at the top of the ticket, and the LGBTQ voting bloc really has the ability to impact the outcome of this election," said Executive Director Chris Sgro of Equality North Carolina, according to Reuters.

Copper has promised to work to repeal the legislation if he is elected on Nov. 8.

Not only is HB-2 harmful to members of the LGBTQ community, but it has cost the state about $630 million in lost business since it was signed in March, and the bill also lead to the relocation of the NCAA tournament from Greensboro.

"Legislators have gone out of their way to stigmatize and marginalize transgender North Carolinians by pushing ugly and fundamentally untrue stereotypes that are based on fear and ignorance and not supported by the experiences of more than 200 cities with these protections," Sarah Preston told CNN in March after HB2 was hastily pushed through the general assembly. Preston is acting executive director of the American Civil Liberties Union of North Carolina.

McCroy’s side views the bill as banning perverts and sex offenders from claiming that they identify as women to enter women’s restrooms. One campaign ad paid for by the North Carolina Values Coalition bashed Cooper using this rhetoric.

Ordinance defied common sense, allowing men to use women’s bathroom/locker room for instance. That’s why I signed bipartisan bill to stop it