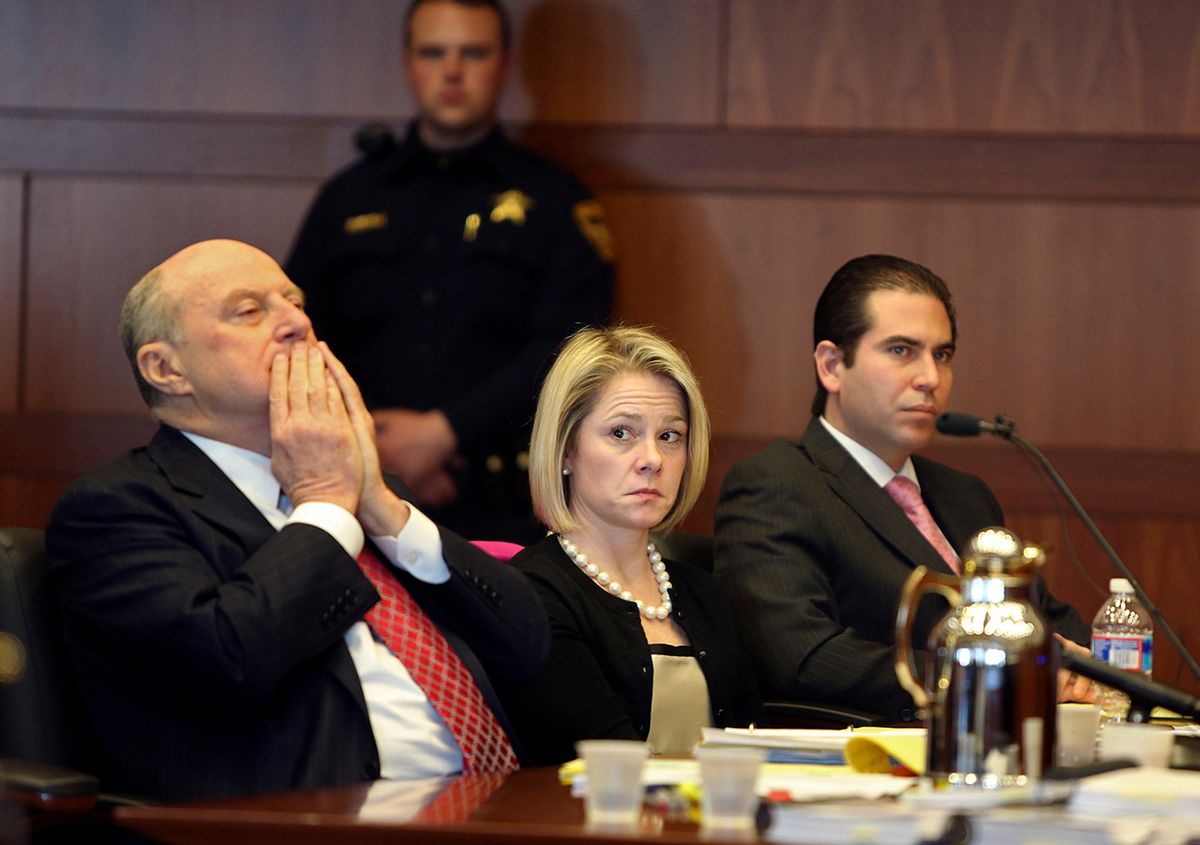 Two former officials who worked under New Jersey Gov. Chris Christie were found guilty of all charges in connection to the 2013 George Washington Bridge lane closures.

Prosecutors accused Bridget Kelly, Christie's former deputy chief of staff, and Bill Baroni, a Christie appointee to the Port Authority of New York and New Jersey, of undertaking the scheme to punish a Democratic mayor who wouldn't endorse the Republican governor's 2013 re-election.

Christie denied any knowledge of the plot. But Kelly, Baroni and a third official who pleaded guilty all testified that Christie was informed about the lane closings either before or while they were going on.

After the verdict was rendered, Christie, the ardent Donald Trump supporter who is in charge of the GOP nominee's transition team and led chants of "Lock her up" at the Republican National Convention, was hit with intense scrutiny from political reporters and commentators on Twitter:

Christie in NH Tomorrow. He's in charge of picking White House appointments for trump and four of his top aides now convicted of fed crimes

Somewhere in the eastern bloc Paul Manafort is saying: see, i told you to go Pence over Christie.https://t.co/e8qHwkntXt — Jonathan Martin (@jmartNYT) November 4, 2016

Remember when Chris Christie led the "lock her up" chants at the GOP convention? #Bridgegate https://t.co/4wAHJVc8sF pic.twitter.com/xUDSEOup4z

Christie released a statement in response to the guilty verdicts:

Statement from @GovChristie on verdicts today in #bridgegate case pic.twitter.com/l66SeEQCpa

The Associated Press contributed to this story.