Russia knows it's interfering in another foreign campaign, and it may be working 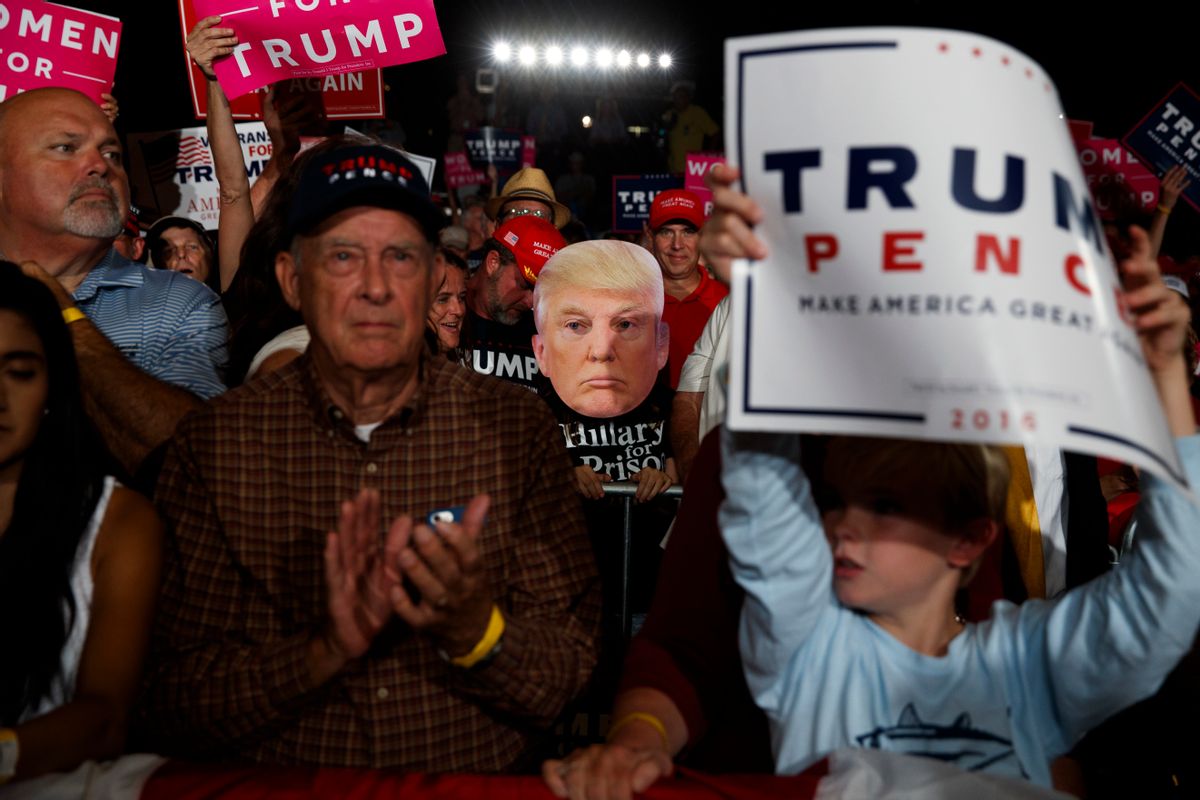 Four days before the presidential election, America’s NATO allies are terrified by what they’ve been hearing from Donald Trump.

As Newsweek reported on Friday, officials from many European countries have expressed increasing alarm over how a Trump presidency would influence American foreign policy.

Their concerns included Trump’s refusal to admit that Russia has used cyberattacks to influence the presidential election — which could embolden Vladimir Putin to engage in similar actions elsewhere — the fact that Trump has hired people for his campaign with pro-Putin ties, including former campaign manager Paul Manafort, former advisor Carter Page, and retired Lieutenant General Michael Flynn; reports that an unnamed Trump associate secretly met with a pro-Putin member of Russian parliament; and the frequent pro-Russia propaganda that’s flowed to Trump campaign officials.

Russia’s agenda here isn’t simply pro-Trump; it is also explicitly and vindictively anti-Clinton. During her tenure as secretary of state, Putin believed and publicly accused her of interfering in Moscow’s affairs, most notably when she accused Putin of cheating in Russia’s 2011 parliamentary elections.

According to a European intelligence expert who spoke to Newsweek, Putin’s regime retaliated against this by hacking into various Democratic Party organizations and sending the information through a “pipeline” which created multiple layers between Russia and the sources to which they sent the information. As a result, sites like WikiLeaks have been able to post leaked documents that hurt Clinton while maintaining plausible deniability as to its origin. As Newsweek described:

Hackers pilfer information from a variety of organizations both inside and outside Western governments; that is distributed to individuals who feed it into what a source told a European intelligence expert was a “pipeline.” This so-called pipeline can involve multiple steps before hacked information is disclosed through the media or online. For example, that source reported that documents in the United States intended to disrupt the American election are distributed through WikiLeaks. However, there are so many layers of individuals between the hackers and that organization there is a strong possibility that WikiLeaks does not know with certainty the ultimate source of these records; throughout 2016, the site has been posting emails from various Democratic Party organizations that were originally obtained through Russian hacking.

This isn’t to say that Russia didn’t also spy on Trump. According to Newsweek’s European sources, both Clinton and Trump had dossiers compiled about them by Russian intelligence. Because Clinton knew that her conversations with Moscow might be recorded, the dossier on her was used mainly for intelligence rather than with the hope that it could embarrass her, and her private email server meant that she wasn’t compromised in the Russian hack on the White House, Joint Chiefs of Staff, and State Department unclassified email systems. That said, it is unknown what is contained in the Russian dossier on Trump, since the Kremlin sees no geopolitical advantage in hurting his presidential campaign.

A Western intelligence source told Newsweek that there has been some pushback against the pro-Trump agenda in Russia.

Sergie Ivanov, the chief of staff for the presidential executive office in Moscow, expressed concern this summer that the hacking and disinformation campaign had gone too far and could result in backlash from the United States. These feelings were exacerbated after Trump lashed out against the Khizr Khan, a Muslim-American whose soldier died during the Iraq War, which prompted many Russian analysts to conclude that he would be forced to withdraw from the race due to mental unfitness. This is why Russia’s hacking campaign was temporarily put on hold, only to be resumed when Trump’s demeanor improved.

NATO countries were also alarmed by Trump’s numerous pro-Putin comments, some of which go back as far as 2007.

Trump has said that Putin is “doing a great job” in Russia during an appearance with Larry King in 2007. He praised Putin’s “intelligence” and “no-nonsense way” in his 2011 book, “Time To Get Tough.”

In 2013, he tweeted that he hoped Putin will be his “new best friend” when Trump brought the 2013 Miss Universe pageant to Moscow. He’s also claimed that Putin is “outsmarting our country” during another interview with Larry King in 2013.

Do you think Putin will be going to The Miss Universe Pageant in November in Moscow - if so, will he become my new best friend?

After Putin praised him in December, Trump said it was a “great honor to be so nicely complimented by a man so highly respected within his own country and beyond.”

That same month, he said on MSNBC’s “Morning Joe” that Putin’s execution of journalists was merely Putin “running his country and at least he’s a leader.”

In July, he said, “there’s nothing I can think of that I’d rather do than have Russia friendly, as opposed to the way they are right now, so that we can go and knock out ISIS with other people,”(http://www.salon.com/2016/10/20/puppet-proxies-stephen-colbert-blasts-donald-trump-hillary-clinton-exchange-on-russian-president-vladimir-putin/) and told Matt Lauer that “if he’s [Putin] going to say great things about me, I’m going to say great things about him.”

Then, during the final presidential debate with Hillary Clinton, he admitted (http://insider.foxnews.com/2016/10/19/debate-moment-trump-clinton-heated-exchange-over-putin) that “if we get along well, that would be good.”

Clinton’s response was no doubt what most of NATO’s leaders are currently thinking: ““Well, that’s because he’d rather have a puppet as president of the United States.”