The FBI isn't indicting Hillary Clinton over the Clinton Foundation, but Fox News wants you to think it is

The Trump campaign has no problem with the false reports, since they're helping him 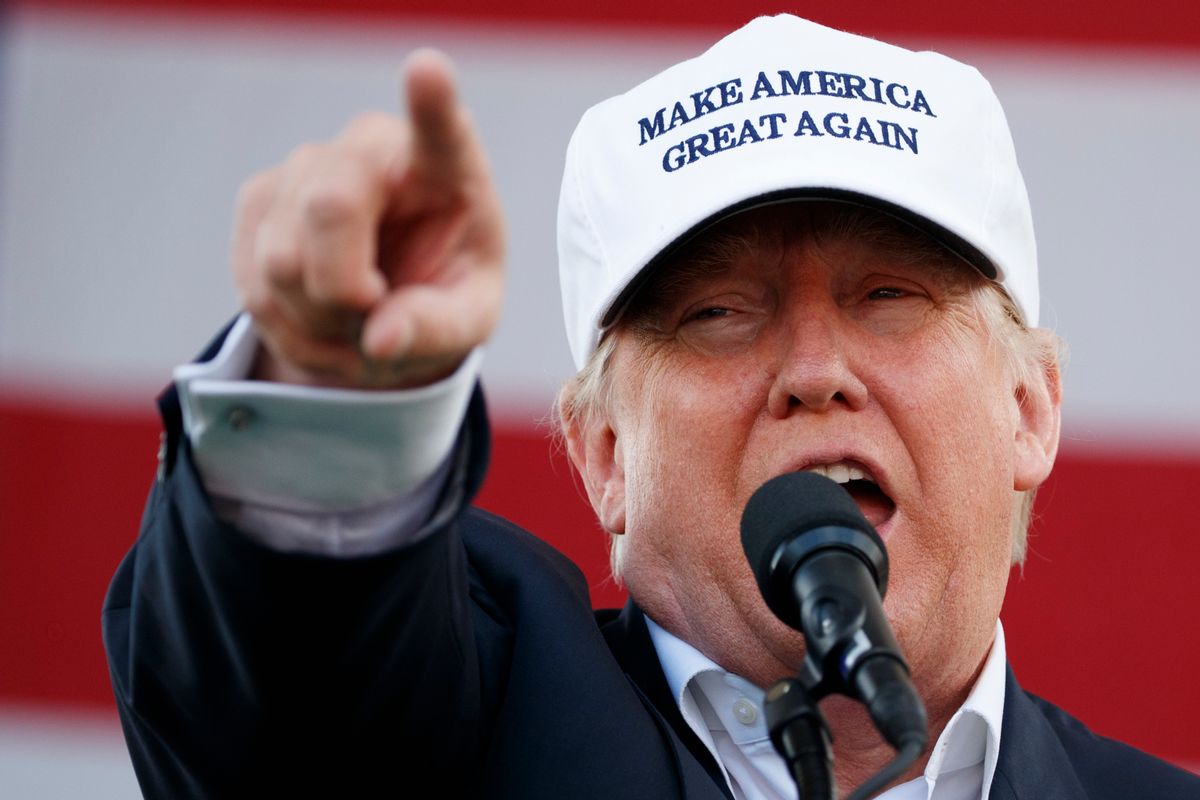 FILE - In this Wednesday, Nov. 2, 2016 file photo, Republican presidential candidate Donald Trump speaks during a campaign rally in Miami. Outraged claims of voting fraud are no longer only a regular part of elections in unsteady, young democracies - they’re increasingly being made in established democratic countries by populist politicians who question the fairness of the voting process - and with it the validity of representation by and for the people. At the final debate of the U.S. presidential election, Donald Trump refused to commit to honor the result of the Nov. 8 vote. But he’s not the only example of a politician casting doubt on the fairness of the democratic system in countries where it is the norm. (AP)
--

An indictment against Hillary Clinton for her activities with the Clinton Foundation is not likely, despite what Fox News kept telling its viewers on Wednesday and Thursday.

Despite an acknowledgment from Bret Baier — the host who originally reported a false claim that the FBI is preparing to indict the Democratic nominee — that his assertion was made “inartfully,” the story that the Clintons were about to be indicted was picked up by reputable outlets, as well as conservative blogs.

“This reporting has been debunked far and wide, and even by Fox News’ standards, it was shameful for them to air it,” tweeted Brian Fallon, press secretary to Clinton’s campaign.

This reporting has been debunked far and wide, and even by Fox News' standards, it was shameful for them to air ithttps://t.co/OT4Prham1w

“Well, the damage is done to Hillary Clinton. No matter how it’s being termed the voters are hearing it for what it is — a culture of corruption,” Kellyanne Conway told MSNBC's Brian Williams.

Trump himself has seized on the stories in an attempt to rally his base only a few days before the election.

“It was reported last night that the FBI is conducting a criminal investigation into Hillary Clinton’s pay-for-play corruption,” the Republican presidential nominee told a rally in Jacksonville, Florida, Thursday. “The investigation is described as a high priority. It’s far-reaching and has been going on for more than one year. It was reported that an avalanche of information is coming in. The FBI agents say their investigation is likely to yield an indictment.”

In Selma, North Carolina, later that day, Trump even accused the Justice Department of pressuring the FBI into not releasing information that would be damaging to Clinton.

“Hillary created the server to shield her criminal activity and her corrupt pay-for-play schemes where she sold her office as secretary of state to donors and special interests,” Trump added. “And the FBI has it all. They have it all. They’re not allowed to do anything with it because her protector is the Department of Justice. We’ll have to change the name of the Department of Justice.”

There is no merit whatsoever to the allegations being made by Trump or Fox News. As an ABC News source discovered, although the FBI did investigate the Clinton Foundation and reported its findings in February, prosecutors and senior FBI officials decided there was no evidence of wrongdoing.