WATCH: Bernie Sanders stands with Hillary Clinton in North Carolina: "We are not going back to a bigoted society"

Clinton's former rival is giving her his full-throated support 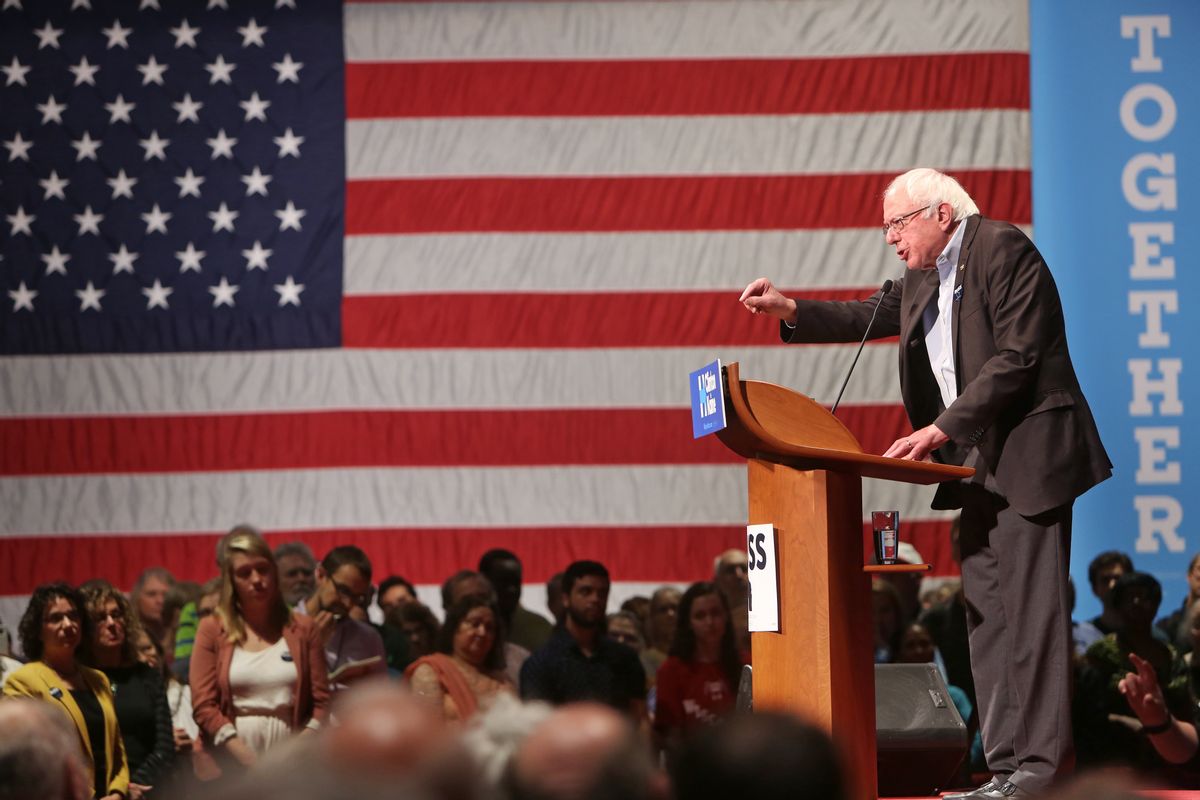 "We have struggled for so many years to overcome discrimination, and he is running his campaign on the cornerstone of bigotry," Sanders said at a Raleigh, North Carolina, rally Thursday with Clinton. "Now as Americans, we can disagree on many issues, but we have come too far. Too many people have gone to jail, and too many have died in the struggle for equal rights. We are not going back to a bigoted society."

Sanders, Clinton's opponent during the primary season, also noted the historical implications of Clinton’s election for women in America.

"Let us not forget that as I stand next to our next president, 100 years ago, not a long time ago from a historical perspective, women were not running for president. They did not have the right to vote," Sanders observed. "We have come a long way."

Sanders was joined in North Carolina by Pharrell Williams, the pop star behind such hits as “Happy” and “Blurred Lines,” who is also supporting Clinton in this election.

Sanders is a self-described “democratic socialist” who placed a strong second after Clinton in the Democratic primaries earlier this year. He has a frenetic campaign schedule ahead of him between now and Election Day. On Friday and Saturday he will be campaigning for Clinton in Iowa, before going to Colorado on Saturday.