WATCH: Native photographer Camille Seaman on Standing Rock and #NoDAPL: The movement started with "the youth" 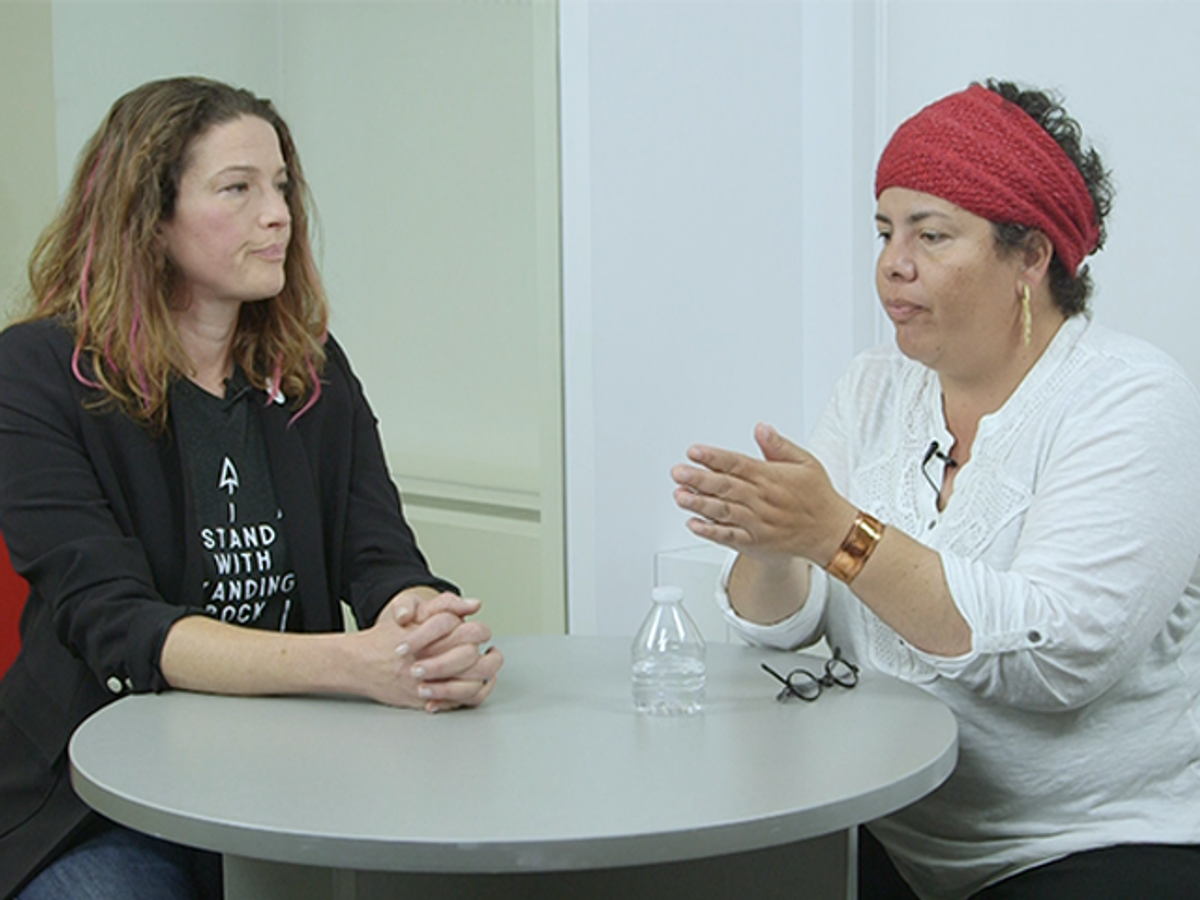 When Native American photographer Camille Seaman described her recent experience during our Salon Talk at the Oceti Sakowin camp near Bismark, ND, her voice quivered.

Fighting back tears, the San Francisco-based artist, whose heritage like mine includes Shinnecock Indian, talked of spending weeks making powerful images of the water protectors (those fighting against corporate interests at Standing Rock prefer to be called “water protectors”, not “protestors”), and the misdeeds being done by both state and privately paid security officers.  Some at the front lines held up mirrors to the officers, imploring them to take a look at their own image, asking “Is this what you want your children to know about you?” Few reports of security capitulating to back down have come in, but, Seaman remembered, one female officer did move away in tears, hinting at the idea that even when on the clock in an adversarial situation, most of us have an inner morality barometer.  It seems near official – many have forgotten the “Crying Indian,” the famous 1970’s PSA produced by Marstellar, Inc. that aired on Earth Day in 1971.  Though Iron Eyes Cody, the actor, was Italian American, the ad stands. "People Start Pollution. People can stop it,” it said.  1 million people showed their online solidarity with Standing Rock last week when they ”checked in” on Facebook, a grassroots campaign intended to bring awareness.

At Standing Rock, Seaman set up a photo booth, and began to take portraits of some of the thousands of people — both Native and non-Native — who have camped out in solidarity with the Standing Rock Sioux (Lakota) tribe’s efforts to block completion of the Dakota Access Pipeline. Seaman sat her subject down against a black backdrop near her tent, and in the silence, she would ask each person if “they would like to send a message to their descendants 100 or 200 years from now.” Recording these missives on video, Seaman says the response was uniform. “Many would get emotional. They all said “because I love them,” ever thought they had never met them,” she recalls.  And now, in our interview, Seaman tears up. “They were doing this, putting their life on the line … their everything … to protect the water.”

Though a handful of celebrities — like Mark Ruffalo, Susan Sarandon, the Indigo Girls and Shailene Woodley — have generously come to stand with the Lakota against Dakota Access Pipeline or been vocal about their support, the real power is in the people. They stand and pray, day after day, month in and out, for our environment, for treaty rights, to protect their ancestors, who are buried in the middle of the designated pipeline route.  It is important to consider that no matter where you live,  we are all downstream from something.  And someday soon, that something may be in your backyard. Supporting the Standing Rock efforts to block the DAPL is but one fight of many environmental crises arising daily.  So if, you think this issue is too far from home, please think again.  Protecting the earth from pollution for future generations is everyone’s problem; it’s a human issue, not an Indian issue.