Who is #YesDAPL? Meet the Texas billionaire and company behind the Dakota Access Pipeline

Despite the protests and outcry, Energy Transfer Partners and CEO Kelcy Warren are bullish on the $3.8B project 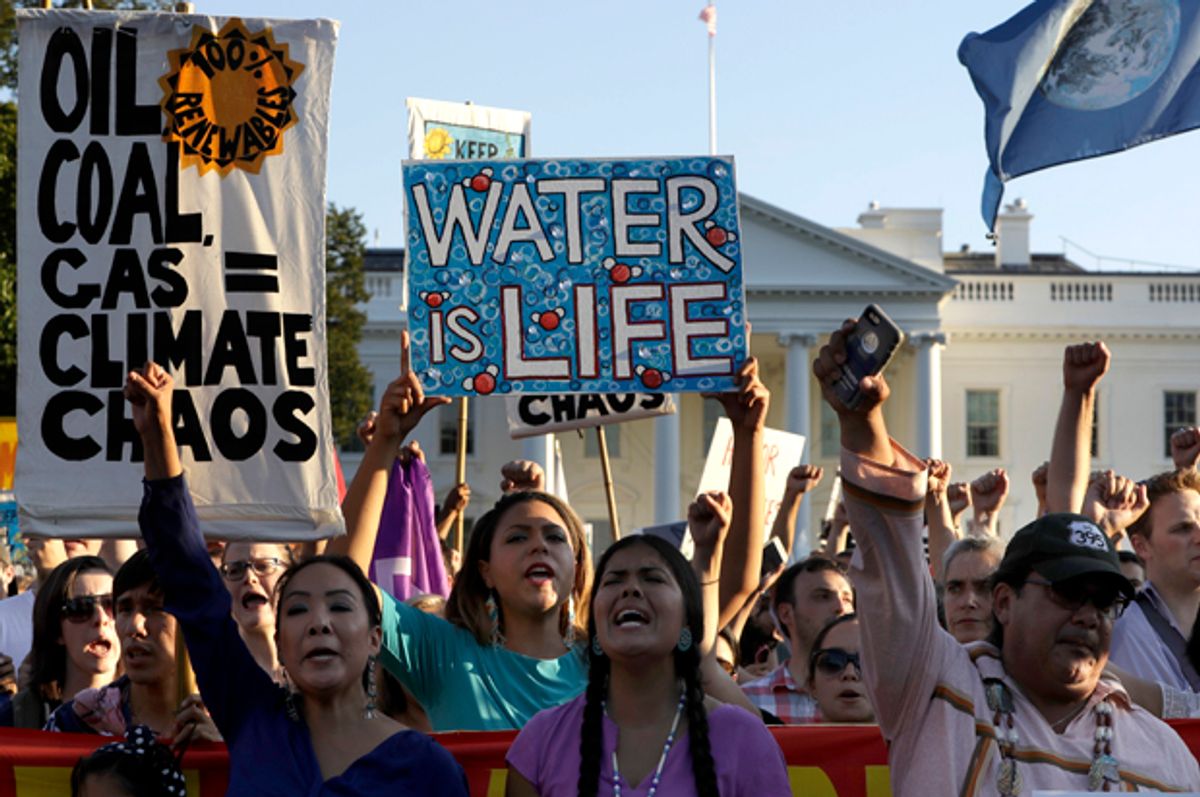 For weeks, heavily armed police and #NoDAPL protesters have been clashing over a portion of the Dakota Access Pipeline, a massive project connecting the wind swept oil fields of North Dakota to refineries on the Gulf Coast. The protests, which turned violent this week, center largely on the risk to a local water supply and the disruption of land considered sacred to local Native Americans.

The protesters want to stop the construction of a small section of the pipeline’s path just north of the Standing Rock Sioux reservation near Cannon Ball, North Dakota. The area focused on by protesters is miniscule compared to the overall scope of the $3.8 billion project, which is scheduled for completion by year’s end: The Dakota Access Pipeline will deliver the crude to Pakota, Illinois, nearly 1,200 miles away. From there, a second pipeline will carry up to 570,000 barrels of crude oil per day to the Gulf Coast refineries.

Meanwhile some 1,100 miles south of the protest site, in a Dallas office building, is the company that stands to benefits the most from the pipeline: Energy Transfer Partners, a 21-year-old company co-founded by current Chairman and CEO Kelcy Warren. The company, which started in natural gas and propane has quietly built an energy empire through a series of acquisitions and investment and it now boasts one of the largest and most diversified portfolios of energy assets in the country. Despite its growth, Energy Transfer Partners and Warren have remained largely off the media’s radar by avoiding any major controversies — until now.

Warren himself is one of the many colorful characters that make up the so-called shale revolution in the U.S. that has radically upended the global energy scene. Dubbed one of America’s “new shale tycoons,” the Dallas billionaire owns a record label and a wildlife refuge north of Austin. A big fan of soft rock, Warren hosts an annual music festival at his 8,000-acre ranch near Cherokee, Texas. Last year, he was appointed by Texas Gov. Greg Abbott to head the Texas Parks and Wildlife Commission, a position Warren could lose if Dakota Access Pipeline protesters in the state have their way.

Until a few years ago, Warren was little known outside of his Texas stronghold. But recently he’s been snatching up tens of billions worth of assets at bargain-basement prices as oil prices have fallen from over $100 in the summer of 2014 to less than $50 today. From 2010 to 2015, Bloomberg reported last year, Warren turned his network of Texas-based gas pipelines into a 71,000-mile nationwide network that moves both gas and crude from wells to refineries to distribution centers.

One of Warren’s big acquisitions was Sunoco, the 130-year-old owner of nearly 5,000 gasoline stations in 26 states, which Energy Transfer Partners bought in 2012 in a $5.3 billion deal. The acquisition gave the company access to Sunoco’s massive network of pipelines that connect the country’s northern fuel-hungry regions to the refineries dotting the Gulf Coast.

"We needed to be more involved in the movement of crude," Warren said in a conference call at the time.

Indeed, the main reason for Energy Transfer Partners' development of the Dakota Access Pipeline project is to diversify from the company’s natural gas and propane base. While oil prices are half what they were when the pipeline project got underway in 2014, energy companies tend to think longer term. Oil isn’t going anywhere, except out of the ground and into refineries to help fuel the oil-hungry American way of life.

According to Houston-based RBN Energy, oil producers have agreed to pay about $8 a barrel to send their crude through the pipeline, less than the $15 it costs to send the oil by rail. At maximum capacity the pipeline is a $1.7 billion-a-year revenue cash cow for Energy Transfer Partners. Even if oil prices stay at around $50 per barrel for the foreseeable future, the company can easily expect to recover the $3.8 billion within a decade.

Energy Transfer Partners has been quiet about the protests in its quarterly reports, a sign that Warren doesn’t feel the completion of the project is at risk. Now that the protests are more heated, perhaps this will change when Energy Transfer Partners reports its third quarter earnings on Nov. 9. Wall Street isn't betting against the company, though; analysts covering the company’s stock have an average “Buy” rating, with an average 12-month target share price of $45.31 — up from a share price of around $33 this week.

Protesters might succeed in getting the company to reroute the pipeline, but investors don’t seem concerned about whether Energy Transfer Partners will complete the project by the end of the year. At least not yet.