It isn't easy being a generational go-between, but that’s what Xennials do — now can we please get a little credit? 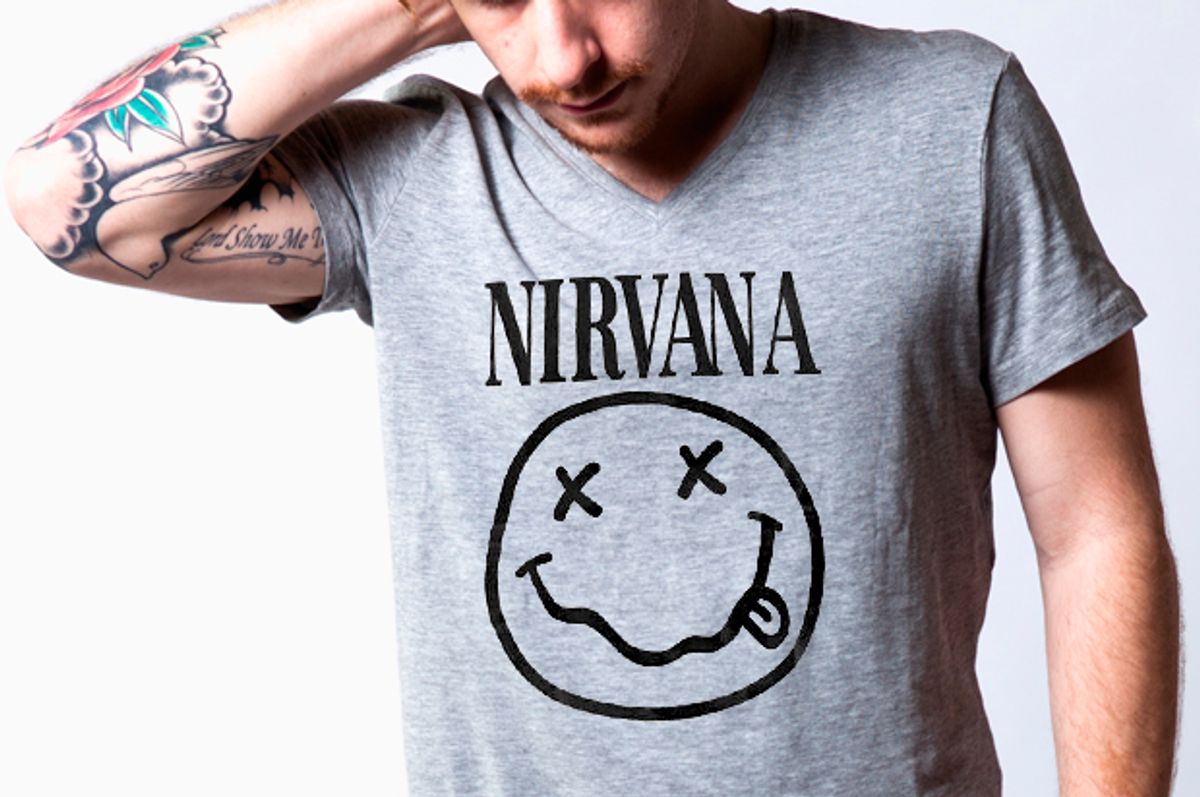 If 2008 was "A New Hope," then 2016 has definitely been "The Empire Strikes Back." For Xennials, the micro-generation stuck between Gen X and Millennials (more commonly referred to as "those f***ing Millennials"), this "Star Wars" reference makes total sense. Our entire adult lives have been spent battling the Dark Side of the 20th century and using our Jedi powers to usher in the 21st. With our thumbs on smartphones like light sabers, our technologies struck down the music, newspaper, hospitality, transportation, retail and countless other industries. We elected the first black president. We thought it was going relatively well, even though it was exhausting to constantly battle Baby Boomers in the workplace while babysitting our super-needy Millennial successors.

Yet here we are at an impasse, as dejected and miserable as the flannel-clad older kids who smelled like teen spirit and bought us our first wine coolers when we were still in high school. Was it a mere eight years ago that we were riding high on Obama-mania, long before the implausible and Trumptastic obliteration of the illusion that we’re redefining American life? Not only has it turned out that our social justice movements and sharing economies are still in the early-adoption stages, we’re faced once again with toppling unrelenting 20th-century infrastructures that just won’t die. The arc of progress looks perhaps decades longer, and the only way to get through it is for Xennials to broker the kind of demographic peace deal we are uniquely equipped to negotiate.

It isn’t easy being a generational go-between, but that’s what we Xennials do. It’s our distinct role in these shifting times. Throughout that decade I never know how to reference (The zeroes? The aughts? The 2000s?), we were the disruptive ones who garnered the trademarks of the Millennial reputation as overindulged and petulant. We rejected sage advice from our superiors, ran several side hustles in pursuit of our passions, identified ourselves with hyphens and claimed geographical chaos as our homeland. In my day job I’m a consultant but I’m also a painter-producer-personal trainer and I’ve got an EP out. It’s on iTunes. I read to kids on weekends when I’m in LA. Yeah, I’m bicoastal. I understand how annoying AF we were, but we have effectively repped populism as hard as any of our predecessors with the tools available to us. Social networks connected us for better or worse and that collective grassroots power has resulted in new hierarchies, from #BlackLivesMatter exposing America’s history of state violence to curvy Instagram models obliterating dysmorphic beauty standards. The dreams of agitators past were ours to make real, even if the unintentional byproduct of this was a cadre of obnoxious self-appointed influencers.

In our  20s, we Xennials were making moves, but we also created some monsters. I’m unconvinced that Millennials five years younger than me are not artificially intelligent human-machine hybrids. Why else would they assemble in digital mobs, liking and sharing the same posts and branding their hive mind as the data science of “virality”? Their perspectives are algorithmic, trapped in political feedback loops. They malfunction when situations call for patience and decorum. They send flippant one-line texts via Siri when they’d prefer to stay home and co-work with their cats. Even the cats have Instagram accounts. The remnants of human frailty are found only in their obsession with self-care rituals, from locally-sourced food to device-free sleepaway camps. Every culturally appropriated Millennial ujayi breath at hot yoga is transformational by necessity; what middle-management job would they aspire to in an analogue industry by the time they age out of the 18-to-34-year-old demographic? The life paths bequeathed to them are the nostalgic artifacts of human beings who tried and never got a trophy.
Clearly, Millennials are excavating and conspiring against centuries of psychology and Darwinism and colonialism and bureaucracy, destabilizing the fabric of society. It’s exactly what Xennials wanted when we graduated college the spring after Sept. 11, but I’m not sure anymore if we really thought our actions through. It can’t be healthy to come of age in a shark tank, crowdfunding your rent money and swiping right for relationship material. What’s an Xennial to do but explain to our elders, the hipster curmudgeons who fund our startups, that we’re mentoring the young ’uns to the best of our ability? Can we even claim that kind of credibility anymore? I have much more in common with my 40-year-old cousins than I do the average 19-year-old, which was painfully apparent when we binge-watched "Survivor: Gen X vs. Millennials" on CBS last month. As the idiot twentysomethings flirted shamelessly instead of assembling a shelter, I couldn’t help but wonder: Will the kids catch up to us around 2024, creating nonconformist family units in the post-marriage era, or are we the last of the species? We who remember fax machines and pagers, who actually had to speak on the phone to place a 2 a.m. booty call before Kimojis.

If the future is as good as "The Force Awakens," then there’s evidence in my "Star Wars" analogy that intergenerational integration is tenable. Consider the epic ending sequence in J.J. Abrams’ 2015 reboot when Han Solo faces his malevolent son Kylo Ren. It’s unclear whether the beloved hero’s progeny will ever follow in Darth Vader’s footsteps and say “You were right about me.” The audience is left wondering if maybe the Millennial antagonist will turn out to be good in the end, even though we know he’ll sacrifice some lives to get there. While we can’t be sure what will happen if we age out of our anti-establishment ethos and let the kids Snapchat themselves into a stupor, Xennials could learn a thing or two from the film's multi-generational appeal. It blended legacy with the magic of the unknown.