Could it be Satan?! is behind this long, terrible election season? Dana Carvey's classic character returns 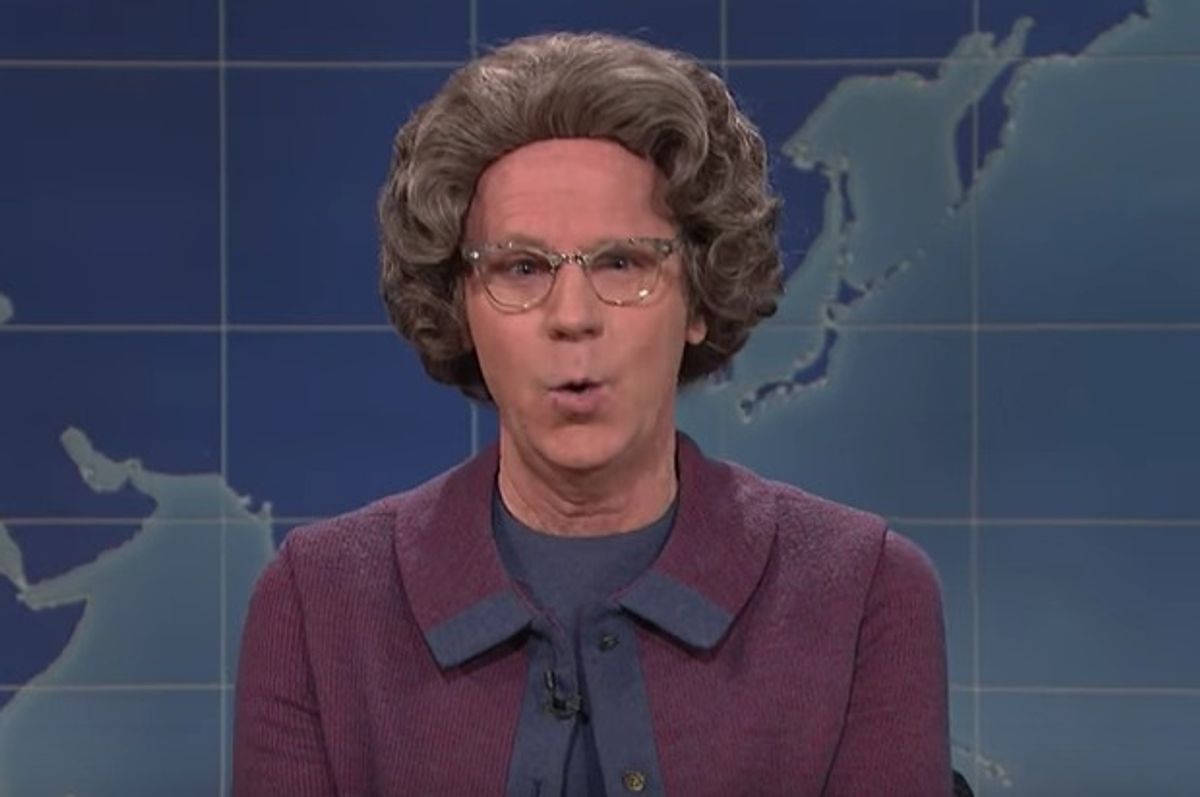 Church Lady weighed in on the ugliness of the presidential election, Hollywood homosexuals and, of course, Satan, but not before getting in some digs at the Weekend Update anchor.

"Instead of resting up for church, you’re staying up late making jokes about Anthony’s weiner," she admonished Jost. "Not quite the path of Jesus, is it?"

"Jesus loves a good joke," Church Lady replied, with a glint in her eye. "So that would leave you out of the equation, wouldn’t it?"

Watch the full segment above.