As a wise comedian says, we must own Trump — he didn't fall from the sky and, yes, he is a reflection our nation 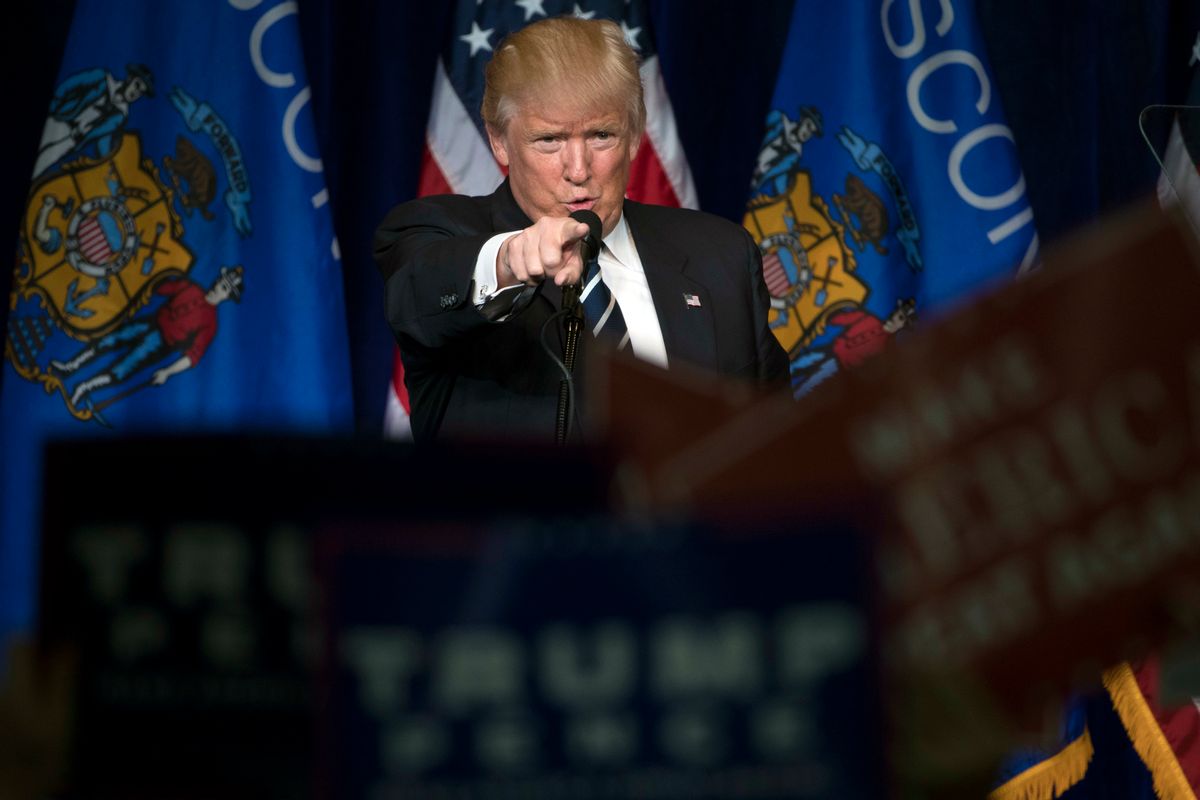 George Carlin was a master comedian, which is to say he was more than funny: He possessed a genius insight into human nature and the workings of our society. Carlin was perhaps most famous for his standup routines on topics such as the foolishness of believing in God, the “seven dirty words” and the folly that is national or ethnic pride.

But during a long career that contained many gems, Carlin made an observation that is especially insightful for describing this political season and Election Day.

"Now, there's one thing you might have noticed I don't complain about: politicians. Everybody complains about politicians. Everybody says they suck. Well, where do people think these politicians come from? They don't fall out of the sky. They don't pass through a membrane from another reality. They come from American parents and American families, American homes, American schools, American churches, American businesses and American universities, and they are elected by American citizens. This is the best we can do folks. This is what we have to offer. It's what our system produces: Garbage in, garbage out."

Carlin passed away in 2008 before he could see the prescience of his comedic wit and intelligence with the rise of Republican Donald Trump's candidacy this year. Trump did not fall to Earth from another planet. He is not from another dimension of space and time in the multiverse. The Republican presidential nominee Trump and his supporters are America.

Donald Trump is an authoritarian fascist.

Research by Marc Hetherington and Jonathan Weiler has shown that authoritarian values have been increasing among the American people for at least the last 10 years. Authoritarianism is more common among Republicans, self-identified conservatives and right-leaning independents than it is among Democrats, liberals or progressives.

A disrespect for basic norms of democratic governance was also demonstrated by a recent public opinion poll which showed that 43 percent of Republicans, 20 percent of Democrats and 29 percent of independents would support a military coup against the United States government under certain circumstances

In 2015, 28 percent of Americans reported not having read a book in the last year. According to the 2013 Pew Research Journalism Project, two-thirds of the American public watches almost no TV news.

Like Donald Trump, the average Americans possesses little to no understanding of foreign policy or international relations. In a 2014 survey of general knowledge about their country and the world by Ipsos-MORI, Americans were ranked the second most ignorant among the developed world — trailing only Italy in this dubious honor.

Americans are also deeply ignorant in regard to basic facts about their country’s history and culture. For example, 70 percent could not identity the United States Constitution.

Trump is a celebrity and reality TV show star.

“A celebrity is someone who is famous for being famous.” Trump is a master dream merchant who (with a substantial loan of money from his father) found financial “success” through putting his name on various properties such as casinos and hotels. He has accomplished nothing in civic or public life. Nor has he served the American people or the common good in any meaningful and positive way.

Reality television is a lie and part of a culture of illusion. It is immensely popular among the American people because it serves as a distraction from their anxieties and worries as well as a way for them to live vicariously through the fictions they see on the screen. Reality television also offers the promise that a “regular” person can become famous even though he or she lacks talent.

Trump’s political ascendance is the embodiment of celebrity culture and reality TV show entertainment run amok and the debasement of political life in America as spectacle.

Trump is a violence-inciting bully.

As NPR has reported, “America is a world leader in gun deaths.” The United States also leads the world in mass shootings. America’s police kill more people on a daily or weekly basis than many countries’s police do in years. The United States has the highest rate of incarceration in the world.

Bullying is a serious national problem with about 30 percent of children and adults reporting that they have been victims of such treatment.

Trump is a gangster capitalist.

The United States has one of the worst levels of wealth and income inequality in the world. Predatory capitalism has destroyed communities across America and has contributed to diminished life spans and what social demographers call “the deaths of despair.”

Yet, the American people have been conditioned through the news media, schools, families, and religion to admire “captains of industry” and the rich as role models — even though the rich and affluent are more likely to cheat, lie, steal, and exhibit other types of antisocial behavior than is the general public.

Trump is a racist and a bigot.

As political scientists Michael Tesler and others have documented “old-fashioned” racism is resurgent in the United States. As a backlash against President Barack Obama and the long-term gains of the civil rights movement, white racism is now so intertwined with political behavior that it determines if a given white American will vote for the Republican Party. Likewise, anti-black animus and other types of prejudice are among the largest factors driving support for Trump.

Trump is a misogynist and admitted serial sexual abuser.

In the United States, 20 percent of American women have been raped or victims of attempted rape. Thirty percent of women report being sexually harassed on the job. And a very high percentage of women report being victims of “street harassment.” Ultimately, rape culture is one of the most powerful influences on how American men and boys construct and experience their masculinity.

As philosopher Henry Giroux so keenly observes in his new book of the same title, Trump is further proof of the many ways that “America is at war with itself.”

It is a serious error to focus too much on the man Trump as opposed to the system and culture that produced him. As they think about the 2016 presidential election, the American people need to take a hard look in the collective mirror. When they do so, the American people will likely not like what they see.

Shattering the mirror is not a real solution, however: It all but ensures that Trump and his basket of human deplorables are not the end but rather the beginning of a further decline in America’s political culture and values.

I worry that whether he wins or loses tomorrow, Trump has given permission for the monstrous id and worst part of America’s political culture to rampage, frolic and destroy — for this is its season, a time for acting horrible, foul and ugly.

Trump may not be the president the American people need but he is the one in many ways they deserve.