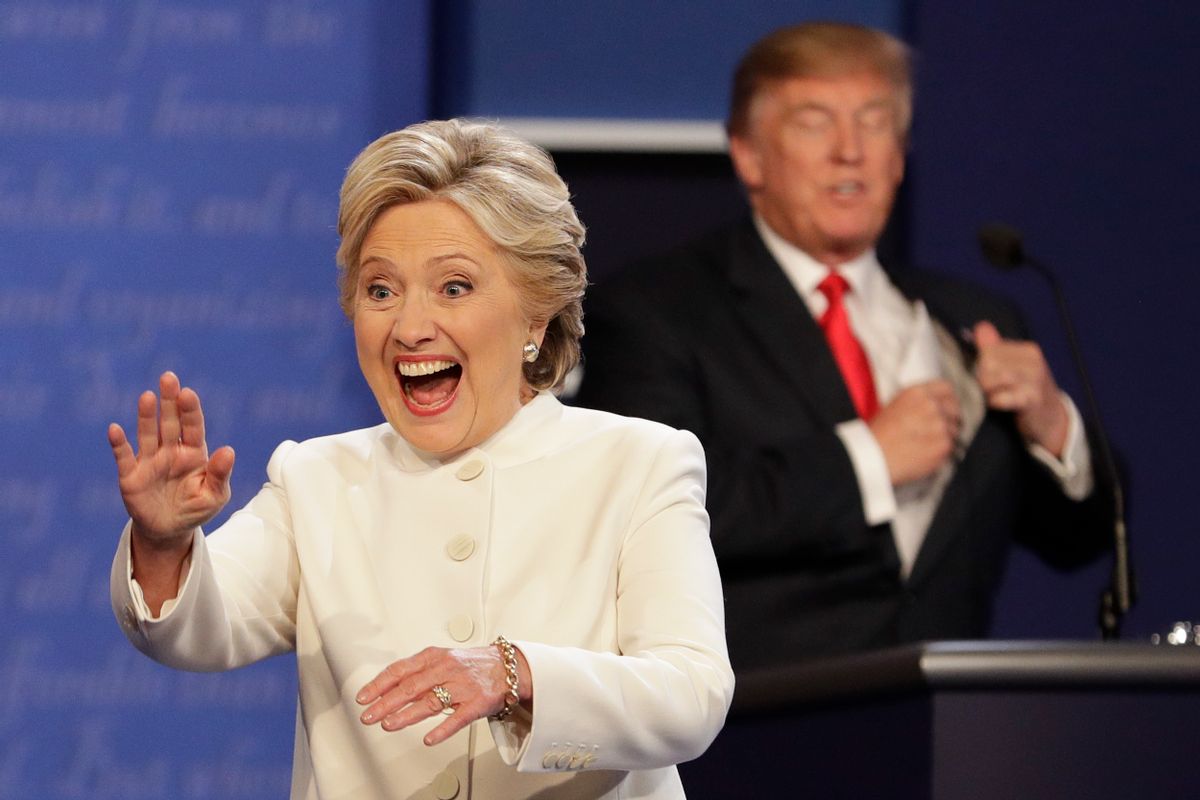 As the seemingly endless election season ramped up in early 2015, it appeared certain to the punditocracy that we were headed for a rather predictable election year: Hillary Clinton all but wore the mantle of presumptive nominee, and Jeb Bush or perhaps Marco Rubio looked to be the next nominee in the mold of Mitt Romney. Instead, a precedent- and expectation-shattering year left the entire nation struggling to make sense of it.

We’d better do so quickly: Like the increasingly vicious storms that scientists say have been spawned by climate change, this wild election might be the beginning of a trend.

The realignment to come will likely further scramble the two political parties. Long-standing economic schisms are sure to play as key a role in what comes next as they did in crafting our current Trumpian drama. Pundits and parties who overlook the country’s structural economic problems are certain to get another big surprise in the post-2016 electoral world.

White working-class voters are in many ways the center of this election. Donald Trump is certainly banking on them, and they appear to have returned the favor: In an unprecedented event for modern Republican politics, Trump raised more than $100 million in a few short months from donors giving less than $200.

Even so, Democrats are positioned for a far better year than Republicans, especially following news of Trump's unexpurgated tape and a debate performance had turned "nasty women" and "bad hombres" into pro-Clinton memes and left his fellow Republicans scrambling to handle Trump's hot-potato of a suggestion that he won't honor the election results — unless he wins.

All of this makes Clinton’s path through the Electoral College look increasingly secure; the GOP seems likely to lose the Senate. Analyst Mark Siegel’s triumphalist take on the Democrats' future for The Huffington Post largely reflects what we’ve been hearing for years: The party’s demographic advantage grows stronger, especially now with the GOP’s nomination of Trump, and it inevitably will dominate the 2020s and probably beyond.

From my perch, in a former steel town whose largest employment base has moved from manufacturing to service, however, demographics don’t look like Democratic destiny.

The media has increasingly focused on the declining mobility of white working-class voters while seldom mentioning that many African-American and college-educated millennials are on the same downward slope. Trump’s rhetoric around race is anathema to large swaths of these voters, but in reality, their economic situation is often similar or worse than Trump’s core constituency.

That is clearly symbolized by Clinton’s problems with millennial voters.

Sanders won more votes from those under 30 than both Trump and Clinton combined in the primaries before June in states that compiled exit polling data for the youth vote. The Democrats now fear that young voters are sliding toward third parties, which could tip the election.

Educated young people like myself have been leaving longtime Democratic cities in the Rust Belt and other forgotten corners of the country for years — sometimes for the coasts (where Democratic-dominated cities are almost universally unaffordable) or Southern cities, where housing remains more attainable.

In Listen Liberal, author Thomas Frank writes, “It should not surprise us that the liberal class regards the university as the greatest and most necessary social institution of all, or that members of this cohort reflexively propose more education as the answer to just about anything you care to bring up.”

The experience of the millennial generation refutes the idea of education as the only balm for deep economic wounds. Over the last decade, median wages have gone down, or at best, remained stagnant in four out of the top five industries employing 18- to 24-year-olds. Out of the top five industry sectors employing older millennials, only in health care have real wages risen. These figures explain Sanders’ popularity among this downwardly mobile generation. With millennials growing to half of the workforce by 2020, an inability to extend upward mobility to their voting bloc will endanger any theory of Democratic demographic destiny.

The party’s prospects with black voters, long a core constituency, are similarly fraught: President Barack Obama made a highly personal speech in September to African-American voters, stating that it would be a “personal insult” if they fail to turn up at the polls. It was a startling plea, given Trump’s deep unpopularity with black voters. Yet, like millennials, African-Americans face economic headwinds. The median wealth of white households is currently 13 times that of black households. As of August 2016, the unemployment rate stood at 4.4 percent for whites and 8.1 percent for African-Americans. Even black college graduates face a harder job market than their white counterparts.

In a recent essay, The New York Times' David Brooks referred to Democrats as “gown” and Republicans as “town.” Democrats are indeed electorally dominating the coasts and large metro areas in the country’s interior. However, large economic divides — between the coasts and the interior of the country, and between upwardly mobile professionals and those left behind — hold ominous portents for Democrats.

The social divide based on educational achievement cuts across racial and class lines. By 2032, most blue-collar workers will be people of color, and 66 percent of the labor force today consists of workers without college degrees. A dominant Democratic Party that cannot address a lack of upward mobility and an education gap between the largely white professional class wing of the party and working-class voters of color, especially African-Americans, faces a formidable future dilemma.

Trump’s support among white workers without a college degree is leading many pundits to paint the GOP as the future party of the white working class, not the country club set. It’s not surprising given that Trump’s populist campaign is filled with attacks against trade deals. In May, Trump even stressed that he would make the GOP a “worker’s party," although Trump’s tax plan appears closer to supply-side dogma of the Ronald Reagan Republican Party. Underneath the candidate’s populist front is a set of thoroughly discredited economic policies.

The political future of both parties hinges on two pernicious problems: growth, or the lack of it, and inequality. Under Obama, the US economy has yet to experience a single year of 3 percent GDP growth. At the same time, most of the income gains since the end of the recession have gone to the very top earners.

According to Moody’s Analytics, Trump’s economic prescriptions would trigger another recession, costing millions of jobs. Under their optimistic scenario, Clinton’s economic plan would result in an estimated 2.7 percent annual GDP growth, better than the current numbers, but far behind the 3.9 percent average growth experienced during Bill Clinton’s administration.

In his widely acclaimed new book The Rise and Fall of American Growth, economist Robert Gordon argues that productivity and economic growth will remain constrained into the future. Aside from the anomalous Clinton years in the 1990s, slowing innovation and rising inequality have hampered growth.

These same headwinds have the potential to sink either party going forward.

Slow growth rates are compounded by the growth in inequality since 1970: This is the perfect recipe for political instability, especially when, according to groundbreaking economist Thomas Piketty, the US by 2030 could face a disparity in salaries alone (in other words, not even counting the wealth the affluent have in the form of capital) more extreme “than in any other society at any time in the past, anywhere in the world.”

What could ameliorate these problems and which party is more likely to address them in a substantive way?

Trump’s recycling of supply-side economics, highly restrictive immigration policies and lack of a real education platform seems to doom Republican prospects. And after recently leaked tapes from Access Hollywood revealed Trump bragging on a hot microphone about groping women, his campaign could finally be finished — leaving the Republican Party in utter disarray, perhaps for years on end.

Yet, almost simultaneously, WikiLeaks published excerpts of Clinton’s speeches to large financial firms, which portray a person at odds with her more recent liberal utterances. Sanders’ supporters will find much to confirm their initial fears about the candidate. Democrats now face the daunting prospect of dealing with a widening inequality gap that if not addressed, threatens to fracture the party’s coalition.

Far from being an anomalous election cycle, 2016 could simply signal more widely unpredictable elections to come.