Not voting for Hillary? You're dead to me

I'm talking to you, Susan Sarandon. Put aside your last reservations and do the grown-up thing to save America 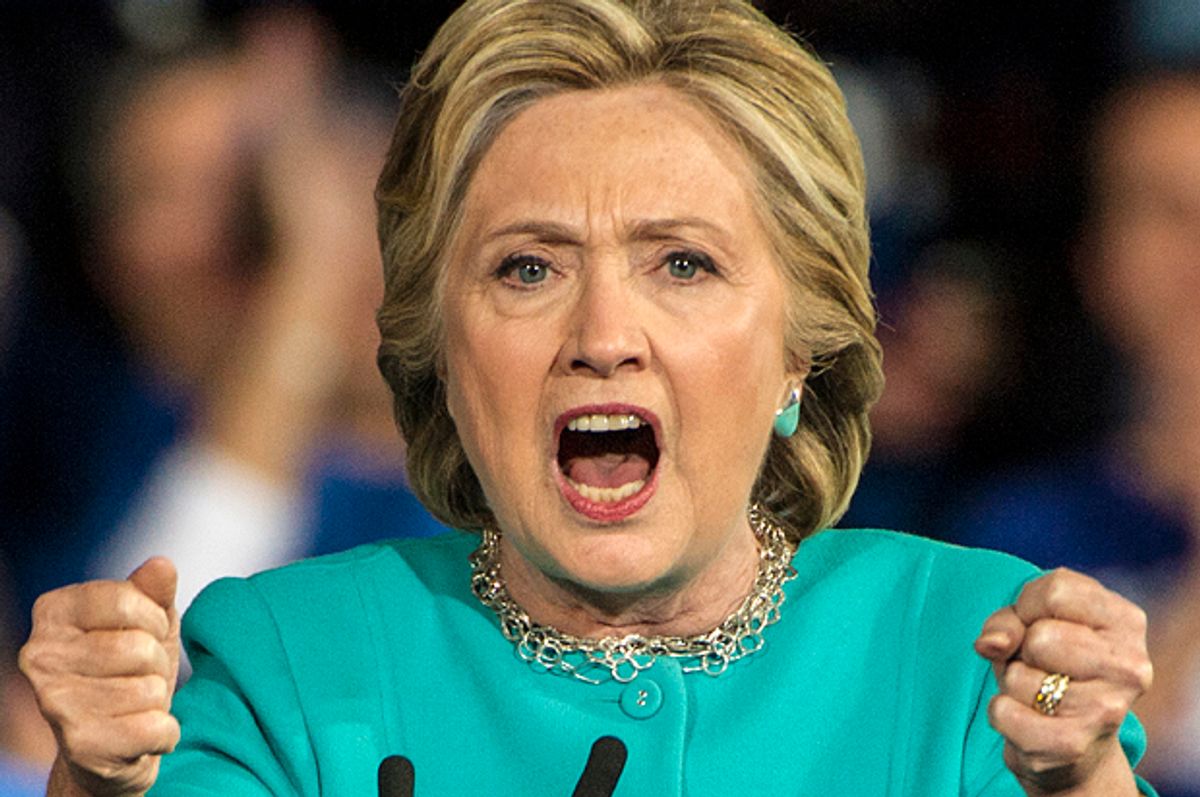 As we crawl in unison, traumatized and exhausted, to Election Day at last, we are about to enter a new era in our beautiful nation and must work together to heal the scars of this ugly, divisive  campaign season. But before the vote on Tuesday, I want to let you know one thing. If you're not voting for Democratic presidential nominee Hillary Clinton, you're dead to me. Dead. Tom Brady? Dead. Susan Sarandon? Dead. Edward Snowden? Dead. Niedermeyer? DEAD.

I'm not one usually given to such extreme ultimatums. I came of age as a shrill young feminist during the era of President Ronald Reagan and that experience taught me a lot about the power of reaching across the aisle. Despite my clear-cut agenda as a member of vast left-wing media conspiracy, I have spent my adult life cultivating relationships with people of different political viewpoints, people whom I deeply respect.

If you, with the common good of the American people at heart, have an intelligent and fresh perspective on how to work together on our problems, I'm all for it. At this point, though, there are now only two choices: evil or not evil. And if you haven't figured out that out yet, seriously, GTFO.

Perhaps like the proverbial boiled frog you didn't notice how bad it was until it was very, very bad indeed. I totally get that. I count among from my loved ones a significant number who voted for Sen. Bernie Sanders in the primaries. My younger daughter has a fluffy white stuffed animal that she received for her birthday and lovingly named Bernie.

I have friends who bafflingly threw their weight behind Green Party candidate Jill Stein early on. I have family members in New Jersey who vote red and, God help them, supported Chris Christie. I have buddies who sincerely say they're all a buncha crooks in Washington and "don't believe in voting" on principle.

And in every other election, even when I have vehemently opposed the political choices of people I care for, I've quietly nodded my head, loved in spite of our differences and simply voted my own conscience. But this is not every other year — unless that year is 1939.

As Donald Trump has gone from stunt candidate to actual Republican party nominee to HOLY CRAP WHAT IS FIVE THIRTY EIGHT SAYING NOW, the moral option has become more and more singular and evident. I assume you know this. You know his reckless dishonesty, his pandering to racists, his admitted sexually predatory behavior, his chummy relationship with Russian President Vladimir Putin, his overall lack of fitness to run a Twitter feed let alone a superpower. I kind of think once a candidate is endorsed by the Ku Klux Klan, it's obvious that we are living in Crazy Time. You certainly can't pretend your conservatism is motivated by your Christian beliefs any more, if that was your excuse.

So let's say you still mind-bogglingly just can't get your head around pulling the lever for Clinton on Tuesday. Is it because you're a traditional Republican and you can't bear the thought of breaking with your party? Your party broke with you when it threw its collective weight behind a mad man.

Is it because, as the only person in my family I had thought to be sane told me a few weeks ago, "Clinton and Trump are both bad?" I'll say to you what I said to her, after I recovered from  feeling like I'd been transported to the last scene in "Invasion of the Body Snatchers." They. Are. Not. Equal. WikiLeaks? Are you kidding me?

If you hate Hillary Clinton — and I get that there are people who really hate her — you still have to make a choice. You have to choose to not be a coward. This past summer I got a lecture from a very smart, very nice, very liberal  friend who took offense at my firm position that there is no "conscience" move other than voting for Clinton. She scolded that I was engaging in shaming the third-party voters, the Bernie or Bust crowd and the abstainers. To which I say, I guess I don't really give a crap about their precious feelings. And if that loses me friends, that's fine, too.

I've had an acquaintance in Florida argue that he disagrees too strongly with Clinton and it's his "right" to cast his objection vote for Libertarian nominee Gary Johnson. Well, yeah, and if your "right" is more important to you than averting a global disaster, sleep tight! P.S. You're a giant baby. As writer Ivan Hernandez said on Twitter way back in February, "I'm pro-Bernie but would vote Hillary as I am a one issue voter and that issue is not opening the seventh seal and ushering in the apocalypse."

As for me, I'm going to take my privilege of voting, that generations of other women fought for me to have and use it not just for my interests for those who don't have that right. When I get into that booth on Tuesday, I will be casting a ballot for the person who will best serve a recently incarcerated mom who's trying to get back on her feet. Who will serve the undocumented immigrant trying to make a better life for his family. Who will serve my young daughters. How selfish, how self-absorbed would I have to be to throw away my vote when I think about all of them?

This is not a normal, you-do-you-and-I'll-do-me election. This is a race between a Democrat and a demagogue who has emboldened angry, ignorant, violent people. This is one with a party that's cool with voter suppression. This is a situation where one candidate's supporters are actively promoting lynching and think it's funny, who beat up protestors at his events. This is manifestly evil behavior, rising up all around us. Oh, but right, as so many of her endorsements have bent over backward to remind us, Hillary's not perfect.

And if you were voting for a messiah, I suppose that would be a problem. But I'm going to go vote for a person. You're telling me that a lifelong politician has made choices and comprises in her career you disagree with? OMG welcome to democracy! So you hold your leaders accountable; you demand strength and service and you do it by participating in the goddamn process. Anything less is weak and shabby and cynical and lazy.

You don't feel empowered enough this election? Step 1: Stop complaining and get off your butt and vote for the one person who has a viable shot at winning the White House and who won't actively undermine the last 200-plus years of our nation's progress. Every single vote, every single one, sends a message that we as a nation reject the racism and misogyny and flat-out lying and Twitter trolling that has marked the Republican candidate's campaign. It decisively says, "Cut the shit." Don't think that this doesn't matter. Don't think anything less is acceptable.

History remembers those who participated in the worst atrocities, but it also remembers those who stood by and let them happen. It remembers the weak and the complacent and the misguidedly self-righteous. I think often lately of "The Inferno," and the very first people Dante meets on his journey to he gates of hell. They're the miserable cowards who made "the great refusal."

On Tuesday morning, I am not going to refuse. I am going to say yes to messy imperfection, to sane discourse, to protecting the dignity of all Americans. It's going to feel great. If you can't get on board, I genuinely feel sorry for you. You're not an ally, you're not patriotic and you're definitely not my friend. But it's OK, you're still a fellow American. And the rest of us are going to save your bacon anyway.