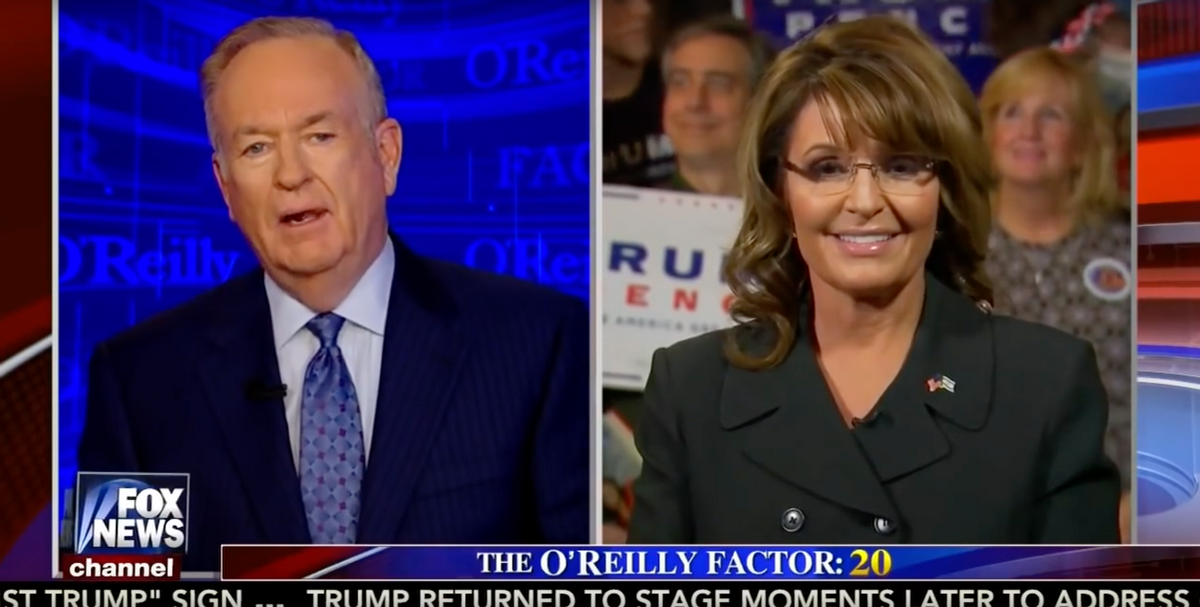 “Well, if Trump wins, then America wins,” Palin, appearing via a satellite feed from Detroit, told O'Reilly after he asked if she had a prediction for Tuesday's president election pitting Republican candidate Donald Trump against his Democratic rival Hillary Clinton.

“The polls say that Clinton’s up by 5” points, O’Reilly noted about Michigan asked. “Are you willing to make a prediction that Trump will carry Michigan this time around?”

“There’s no reason why he wouldn’t,” Palin replied, later adding, “Like I’ve said before, polls are only good for strippers and cross-country skiers. What matters is that two days from now, you know, the gettin’ out the vote effort and making sure these Reagan Democrats and independents and Michigan Republicans get out their vote. I just don’t put a whole lot of faith in polls, especially two days out."

O'Reilly asked her if she had been optimistic two days before the 2008 presidential election, when she ran as the vice presidential running mate to Arizona Sen. John McCain. After admitting that she had held out hope for victory, Palin went on to describe how she spent the final days of that campaign trying to rally the party's right-wing base instead of broadening the GOP tent.

"I remember two days out because I sneakin' phone calls to conservative media markets — to you, to [Sean] Hannity — because some of the campaign folks were thinking that we needed to concentrate on trying to shore up some liberal vote, bring it on in," Palin told O'Reilly. "And we hadn't spoken a whole lot to conservative outlets, and I remember sneaking phone calls to you guys from a bus."

Palin officially endorsed Trump in January and has since been one of his chief surrogates on the campaign trail, particularly appealing to his conservative base. Despite her enthusiastic prediction for the Republican candidate in Michigan, statistical aggregator FiveThirtyEight currently gives Trump less than a 1-in-4 chance of winning there.