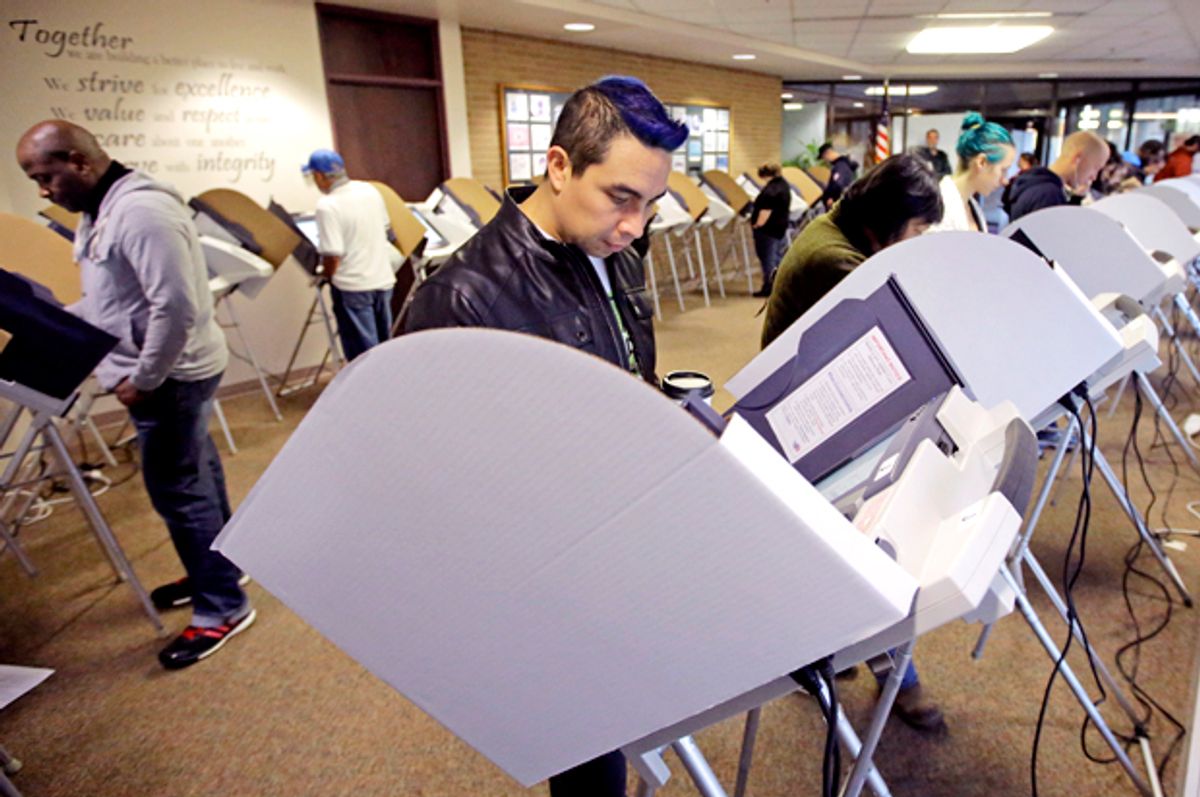 In the first presidential election in 50 years without the full protections of the Voting Rights Act, African-American and Latino voters may be on the verge of propelling the first woman to the presidency of the United States, according to real-time analysis of cellphone data of Election Day voter turnout in 13 key battleground states.

Cuebiq has rolled out a new projection methodology that measures real-time turnout on Election Day in every polling station in every precinct in 13 selected swing states. Its method relies on more than 150 mobile applications that use a combination of location-based services like GPS and Wi-Fi on 40 million cellphones.

Mobile users who are located at a polling location site for a minimum of 15 minutes are identified as likely voters. Then 2014 data from the U.S. Census Bureau is cross-referenced with the anonymous geolocations to determine the likely ratios of political party affiliation for voters on Election Day. Cellphone users provide permission to share location data through the apps they use.

As of 4:30 p.m. EST, Cuebiq projected a decisive victory for Democratic presidential nominee Hillary Clinton over Republican rival Donald Trump, with an estimated total of 341 electoral votes. The data is being updated hourly until polls close.

According to Cuebiq's analysis, Clinton's vote margins in many swing states result from high turnout among African-American voters.

This cutting-edge mobile-data analysis is in line with the early voter turnout breakdowns in several key states.

As Salon's Heather Digby Parton has noted, the early voting numbers in Florida and Nevada have already shown a historic surge in Latino voter participation. Most recent polls in both states show Clinton pulling support from upwards of 70 percent of Latino voters. Barring a sudden surge of so-called secret Trump voters rushing to voting booths late on Tuesday evening, Clinton appears poised to become the first female president of the United States with a sweeping victory.

Sorry, Donald Trump. It looks like the black and brown citizens of America are fired up and ready to deport your campaign into the dustbin of history, perhaps by historic margins.