Don't forget that Trump is also an anti-vaxxer

Need another reason to just say no? How about his dangerous views on science? 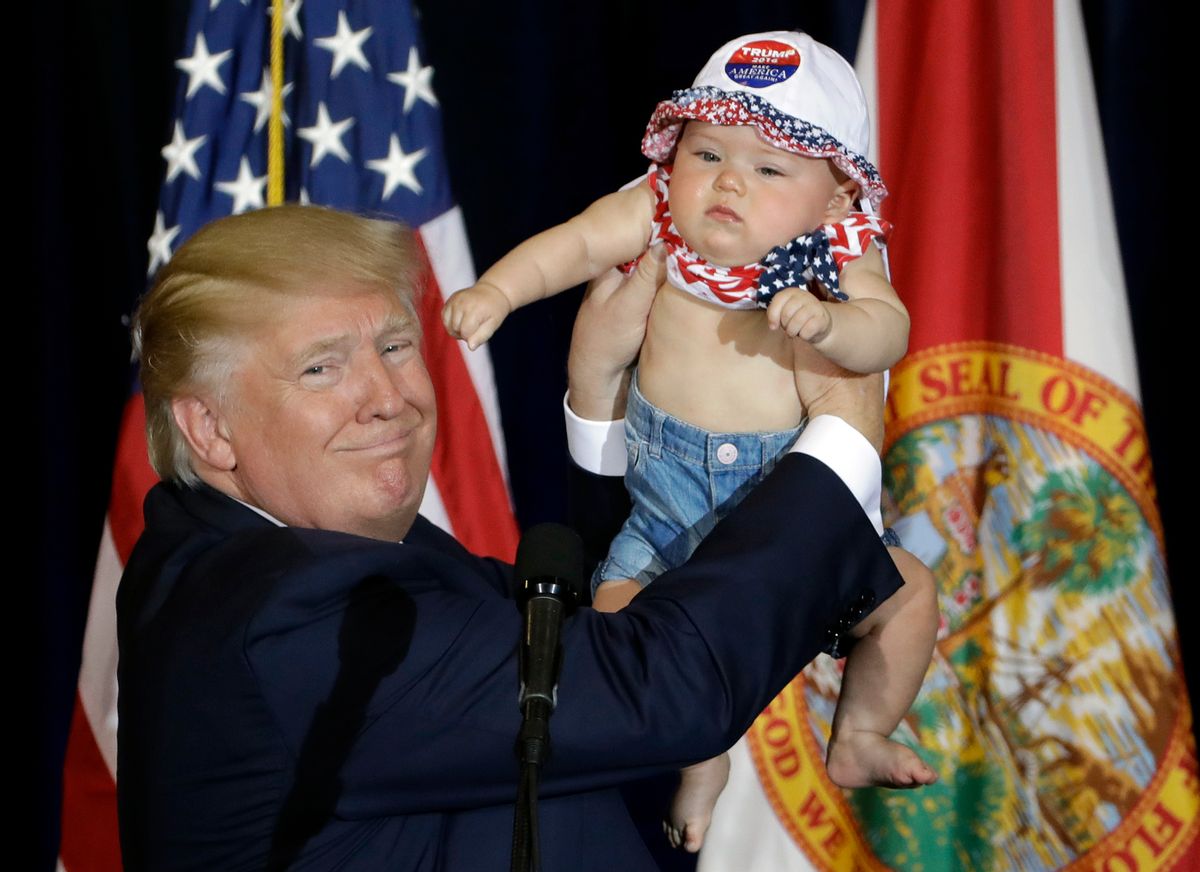 It's hard to keep track of the deluge of reasons why Republican nominee Donald Trump is massively, historically unqualified to our nation's commander in chief. But while you're running down the lengthy list of his horrifying previous actions and his chilling vows for the future, remember to save a little bit of shock for his scientific ignorance.

This is a man who, unlike even his running mate, doesn't believe in climate change, who thinks lightbulbs cause cancer. And this is a man who has aligned himself with one of the mostly willfully, dangerously stupid populations in our nation: the anti-vaxxers.

Let's just start with the basic reality that childhood vaccines prevent diseases, and when parents refuse to vaccinate their kids, once all but eradicated illnesses come roaring back. We'd literally eliminated measles — and then in 2014 had an alarming outbreak. The Centers for Disease Control and Prevention unsurprisingly noted at the time, "The majority of people who got measles were unvaccinated."

And if you're wondering why it was an unvaccinated "majority," it's because even among the vaccinated, in outbreaks not everyone's immune system can fight off the invader. That's why the lower the incidence of a disease in the entire population, the safer everybody is. Common sense.

Let's also mention here that vaccines don't cause autism. They don't. Evolution is real. Climate change is real. And vaccines don't cause autism. Andrew Wakefield, the British physician who in 1998 claimed to have produced evidence of a correlation between the measles, mumps and rubella (or MMR) vaccine and autism and bowel disorders, has been roundly discredited as "an elaborate fraud" and barred from practicing medicine. The World Health Organization has affirmed, "There is no evidence of a link between MMR vaccine and autism or autistic disorders."

Of course, every child is different and some people do have adverse reactions to vaccines. Everything carries risk. There are also sometimes individual reasons, like pre-existing conditions or medical treatments, that make deferring or changing a child's vaccination schedule valid. Perpetuating the myths, however, that the current CDC-recommended vaccine schedule is unreasonable or that refusing to vaccinate is a somehow natural or healthy alternative or a sacred parental prerogative has dangerous and even fatal consequences — for children themselves and the wider community in which they reside. But hey, freedom.

Trump has not been the only candidate on the wrong side of science. At last year's Republican debate, Ben Carson — an actual pediatric doctor, God help us — said, "It is true that we are probably giving way too many in too short a period of time. . . . But, you know, a lot of this is pushed by big government." Rand Paul likewise affirmed that he's "all for vaccines" before adding, "I'm also for freedom."

And Green Party candidate Jill Stein said this summer, "There’s no question that vaccines have been absolutely critical in ridding us of the scourge of many diseases — smallpox, polio, etc. So vaccines are an invaluable medication. Like any medication, they also should be approved by a regulatory board that people can trust. And I think right now, that is the problem. That people do not trust a Food and Drug Administration, or even the CDC for that matter, where corporate influence and the pharmaceutical industry has a lot of influence." Reminder: Vaccines prevent diseases and save lives.

Which brings us to Donald Trump. In 2012, Trump tweeted out his version of science, saying, "A study says @Autism [sic] is out of control — a 78% increase in 10 years. Stop giving monstrous combined vaccinations. Space out small individual shots — small babies can't handle massive doses. Get smart — and fast — before it is too late."

Would it surprise you to learn he got the information from a CDC report on autism completely wrong? Then in 2014, Trump again tweeted about vaccines, saying, "Healthy young child goes to doctor, gets pumped with massive shot of many vaccines, doesn't feel good and changes — AUTISM. Many such cases!" A few months later, with typical hubris, he declared, "I am being proven right about massive vaccinations — the doctors lied. Save our children & their future."

During last year's GOP debate, Trump doubled down on his stance, going on a rant. "Autism has become an epidemic," he said. "Twenty-five years ago, 35 years ago, you look at the statistics, not even close. It has gotten totally out of control. I am totally in favor of vaccines, but I want smaller doses over a longer period of time."

Trump continued, "Because you take a baby, and I’ve seen it. I had my children taken care of over a long period of time, over two or three years. Same exact amount. But you take this little beautiful baby, and you pump, I mean it looks just like, it’s made for a horse, not for a child."

He continued, "And we’ve had so many instances. People that work for me. Just the other day — 2 years old, 2 and 1/2 years old, the child, a beautiful child, went to have the vaccine, and came back, and a week later got a tremendous fever, got very, very sick, now is autistic." Yeah, that's not how autism works.

Trump's inability to grasp basic and proven scientific facts may not be the worst of his multitude of sins. But his utterly wrong version of a serious public health matter does speak to his willfulness and his stubborn stupidity. It shows yet again how cavalier he is about issues that affect people's lives, how eager he is to perpetuate falsehoods. And if you need one more reason to support Hillary Clinton, how about voting for the candidate who isn't afraid to declare, "I believe in science"?