Eric Trump illegally tweets a picture of his ballot 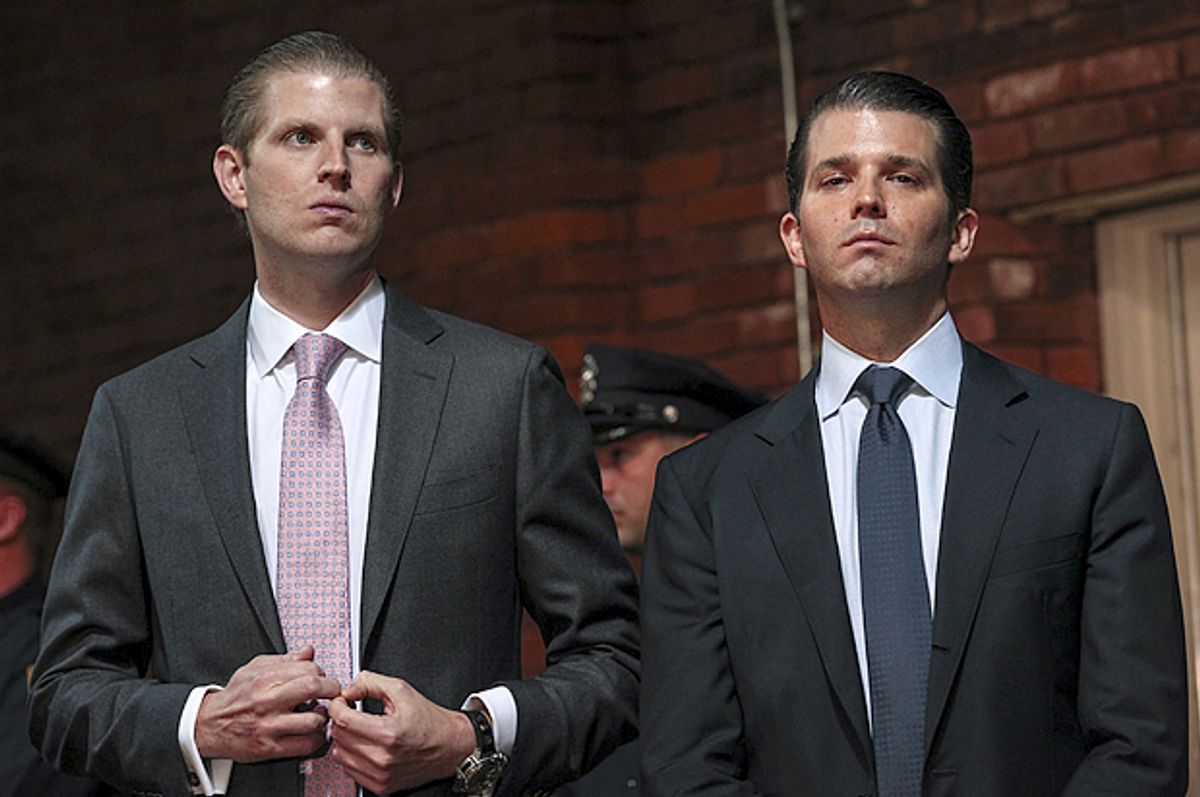 After voting for his father on Election Day, Donald Trump's son, Eric, broke the law by photographing his ballot and then tweeting the image.

Eric Trump's tweet read: "It is an incredible honor to vote for my father. He will do such a great job for the USA," but was quickly taken down from Twitter Tuesday. New York does not allow photos in polling booths.

Before it was removed, The Verge took a screenshot of the illegal tweet.

Eric Trump's latest petty crime is a throwback to when he was caught drinking lemonade from a free water cup at an In n' Out Burger in October.

this is a photo of my homey grant with trumps kid at in-n-out & trumps kid is drinking lemonade outta the free water cup... pic.twitter.com/Npuqte5e2b