WATCH: Donald Trump gets booed and heckled at his own polling place, then seems to ensure wife Melania voted for him

Let's see how the Republican nominee's morning is going for him! 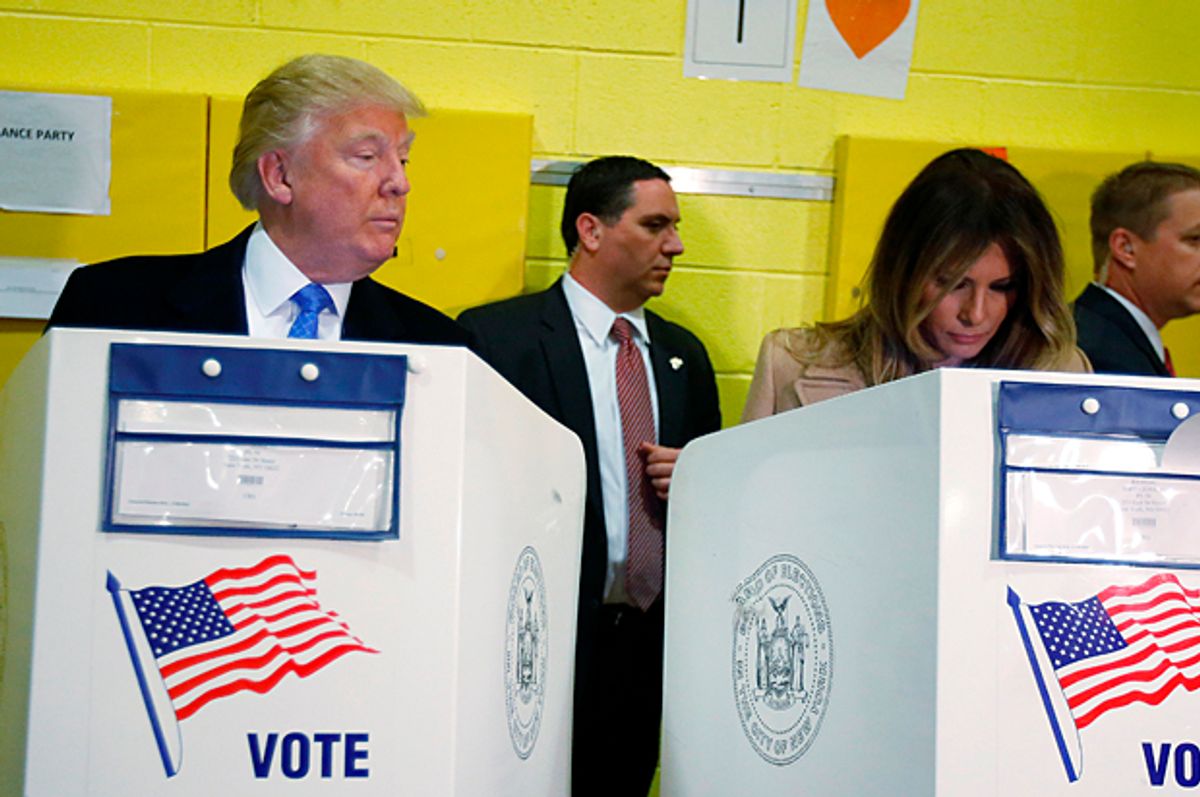 Donald Trump arrived at P.S. 59 in Manhattan on Tuesday morning to cast his ballot for himself — and was met by a chorus of boos.

Video from media people amid the Midtown spectacle showed the Republican presidential nominee and his wife, Melania, exiting a chauffeured Chevy Silverado while a bunch of spectators heckled him from behind crowd control barriers. Trump twice smiled and waved at his haters.

Melania Trump cast her ballot in a voting booth adjacent to her husband, who appropriately looked over her shoulder to make sure she voted correctly:

And when the couple — accompanied — left their polling place, the same haters were still waiting outside to reiterate their disdain:

Despite the lack of love for him in Manhattan, Trump told The New York Times' Yamiche Alcindor that he's doing "great."

Before Trump and company showed up, two topless protesters were removed from the polling place on Tuesday.

The women protesters — identified as Tiffany Robson, 28, and Neda Topaloski, 30 — chanted, "Grab your balls! Out of our polls!" for 30 seconds before being arrested and issued summonses, according to the New York Daily News.