"Never doubt that you are valuable and powerful": Watch Hillary Clinton's powerful message to girls in her concession speech

The Democratic nominee gave her last remarks on the national stage, making sure to leave a legacy behind 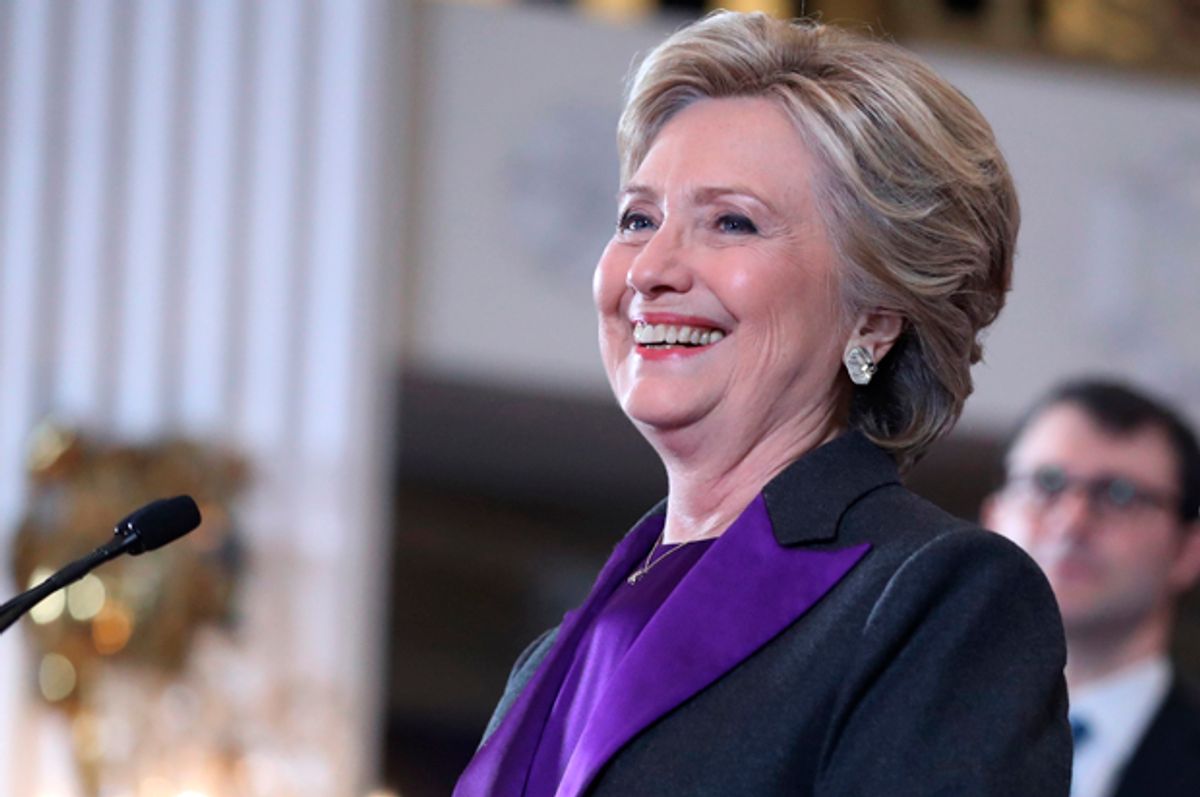 In Hillary Clinton's concession speech — after a shocking loss Tuesday night — to Donald Trump, the former secretary of state and Democratic nominee was wise, idealistic, and even a little humorous.

"This is painful and it will be for a long time," Clinton told her supporters, tears in her eyes. "But I want you to remember this: Our campaign was never about one person or even one election. It was about the country we love and about building an America that's hopeful, inclusive, and big-hearted. We have seen that our nation is more deeply divided than we thought."

Clinton wished Trump well, saying: "I hope that he will be a successful president for all Americans."

At the same time, Clinton urged her followers to continue to fight for the causes that drove her campaign. When talking about the challenges facing America in the future, she mentioned protecting the planet and fighting income inequality — implicit references to Trump's stances on climate change and various economic issues.

She paid special attention, however, to the various people who have been marginalized by Trump's rhetoric and policy proposals.

"We spent a year and a half bringing together millions of people from every corner of our country to say with one voice that we believe that the American dream is big enough for everyone," Clinton intoned. "For people of all races, and religions, for men and women, for immigrants, for LGBT people, and people with disabilities. For everyone."

No group of people had a greater symbolic investment in her campaign than women, with 54 percent of women voting for her.

"To all the women and specially the young women who put their faith in this campaign and in me, I want you to know that nothing has made me prouder than to be your champion," Clinton declared. "Now, I know we have still not shattered that highest and hardest glass ceiling but some day someone will and hopefully sooner than we might think right now. And to all of the little girls who are watching this, never doubt that you are valuable and powerful and deserving of every chance and opportunity in the world to pursue and achieve your own dreams."