Supporters also celebrated with cries of "Drain the swamp!" 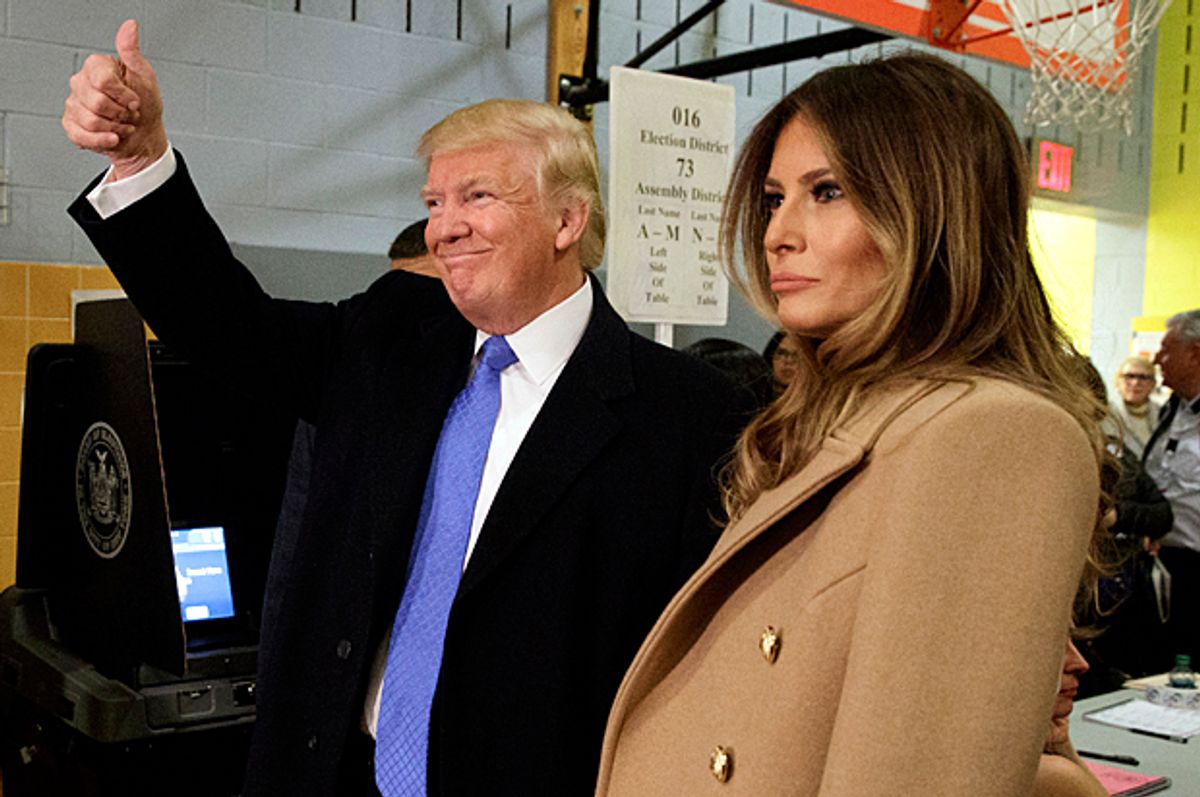 At the New York Hilton Hotel on Tuesday, a crowd of Trump supporters has broken into chants of "Lock her up!"

With Republican Donald Trump on the cusp of winning the presidency, his supporters began to celebrate.

#ElectionNight people inside the official Trump party in NYC are chanting "lock her up" pic.twitter.com/ljsTT4KHI0

NEW YORK -- Crowd jumping up and down as Fox calls Wisconsin. Now chanting: "Lock her up." — Kevin Cirilli (@kevcirilli) November 9, 2016

Meanwhile, Clinton supporters began leaving the Javits Center in midtown Manhattan and those who remained looked shocked and began sobbing. The livestream showed stony-faced, dismayed fans at the Clinton party.