If we're to move forward, liberals must humanize both Trump voters and their candidate — and give them their due 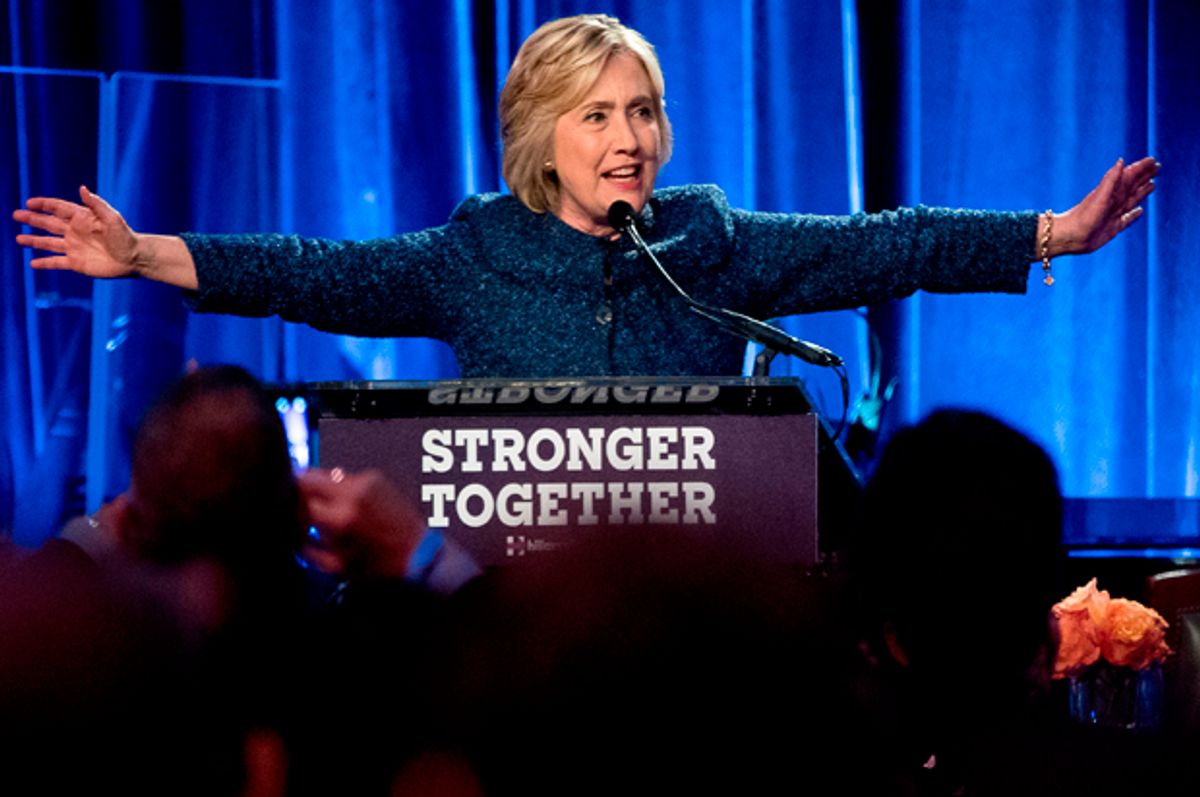 Many liberals are in shock today, refusing to acknowledge the reality that Donald Trump is America's president-elect. Yet for #NeverTrump conservatives the grieving process began six months ago when Trump captured the GOP nomination, and so the unthinkable is not entirely unmanageable.

Regardless of whether Democrat Hillary Clinton squeaks out an edge in the popular vote, this much is clear: The nearly 60 million of Americans who voted Trump into office are not, as Clinton once claimed, "irredeemable.” They can't be. If we as a country want to heal and move past this bruising election, we must realize, as President Barack Obama said, that politics is not a duel of enemies but “an intramural scrimmage” of compatriots and that “we are now all rooting for [Trump]’s success.” Clinton acknowledged as much in her gracious concession speech, saying of Trump that “we owe him an open mind and an opportunity to lead.”

That those 60 million of our countrywomen and countrymen voted for Trump should not come as a great surprise. For them, he projected strength and change at a time of extraordinarily weak and liberal policy from our current president. Obama has doubled our national debt; he's presided over the lone AAA credit downgrade in American history. His health care plan raised costs for the middle class. He signed an overly conciliatory Iranian nuclear deal and he created a vacuum that gave rise to ISIS, all while expanding executive authority beyond constitutional bounds (as noted by multiple court rulings).

Liberals should also take note that despite his offensive rhetoric, the vote for Trump  appears to have been slightly lower among white voters as opposed to that for Mitt Romney four years ago and higher among minorities:

Now that Trump has won, I am not somehow convinced that he will be a reliable leader, though the American public has spoken and is willing to take the risk. As has often been the case, voters again have taken a chance after a two-term president. I hope that Trump will work with congressional Republicans to pass an agenda that will spur innovation and address the chronic problems propelling Trump’s rise.

I have no regrets over having been #NeverTrump until the end. I believe we needed conservative voices to articulate how the rancid language and dark forces unleashed by Trump did not represent all of us. That Romney, Gov. John Kasich, former president George W. Bush, Mike Lee and others also spoke out against Trump until the end puts us in good company.

The risk exists that Trump could take an even darker and more severe approach to Obama's executive overreach and follow the footsteps of the oligarchs and strongmen leaders who celebrated his victory. If he does, then we NeverTrumpers will join with many others to stand as a vanguard against his abuse. Yet Trump also has the opportunity to be a Churchillian figure.

As he assumed the prime ministership, Winston Churchill was despised by some in his own Conservative Party. He was a wealthy and flamboyant character who had many embarrassing losses and failures throughout his career. But these failures are what put him at the right time and place in history as a dam against the deluge of global forces that threatened democracy. We don’t know whether Trump has it in him to do this, but he certainly gave a nice speech last night.

The other scenario is that Trump muddles along somewhere in the middle and hands over the policy keys to career wonks and public servants like House Speaker Paul Ryan, Senate Majority Leader Mitch McConnell, Vice President-elect Mike Pence and others. That both congressional houses and the White House are in GOP hands gives Republicans a chance to govern and prove to the American people that they can be the party of ideas that work.

With his victory, a triumph by a flawed character, Trump is able to channel his potential as John Steinbeck described in "East of Eden": "And now that you don't have to be perfect, you can be good."