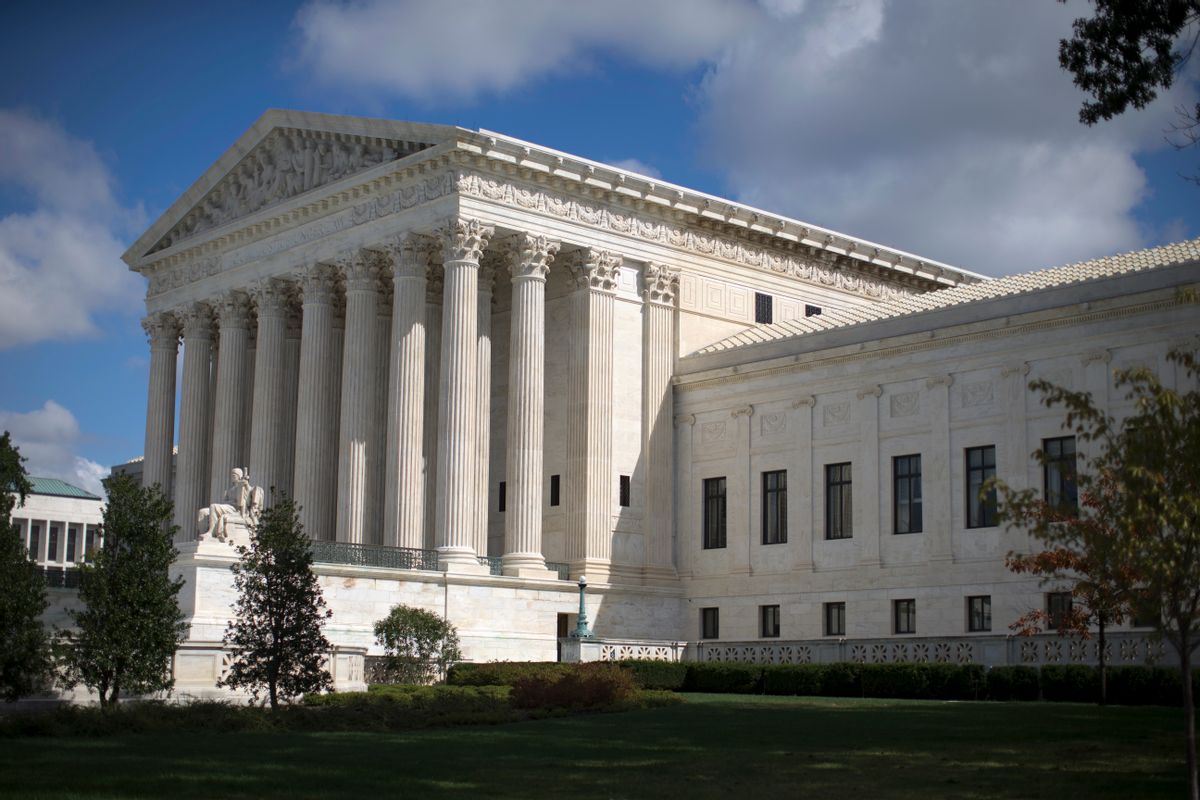 FILE - In this Oct. 5, 2015 file photo, the Supreme Court is seen in Washington. An Alabama death row inmate may be alive today because a transgender Virginia high school student was denied the use of the bathroom of his choice this year. The two seemingly unrelated cases have one thing in common: In each, a Supreme Court justice switched sides to provide a needed fifth vote to preserve the status quo. (AP Photo/Carolyn Kaster, File) (AP)
--

The American Civil Liberties Union is rolling up its sleeves in preparation to fight president-elect Donald Trump.

The ACLU urged Trump to change his unconstitutional proposals in a statement Wednesday, threatening that, if Trump does not reassess his policies, that the ACLU will go after Trump with their "full firepower." The ACLU warned the president-elect on his favorite communicational medium: Twitter.

We're going to need to be in this together. https://t.co/RjPcgGOuWo pic.twitter.com/DyOYA9vSQC — ACLU National (@ACLU) November 9, 2016

"These proposals are not simply un-American and wrong-headed, they are unlawful and unconstitutional. They violate the First, Fourth, Fifth, Eighth, and 14th Amendments," Romero wrote in the statement. The ACLU executive director detailed the constitutional violations of the president-elect's proposed plans.

Trump's proposals, promises, and vows made during his campaign explicitly do not protect all Americans.

In a detailed breakdown of Trump's proposed constitutional violations from July 2016, the ACLU estimated that in order for Donald Trump to deport 11 million illegal immigrants from America in the span of two years, his "humane" deportation force would have to arrest and deport 15,000 people every day, seven days a week, 365 days a year.

Moreover, Trump's proposed muslim ban or "extreme vetting" violates the First and Fifth amendments of the American Constitution; his stance on torture, the Fifth and Eighth amendments; his vow to "open up the libel laws," the freedoms of speech, press, and expression secured by the First amendment.

Other Human Rights organizations and their directors are also reportedly preparing for battles in Trump's America.

The majority of Americans still believe in Roe. That has been consistently true for the last two decades, and it remains true today. pic.twitter.com/eg2nF3ojIu

The ACLU's servers crashed as more than 38,000 contributors gave $2.8 million in the hours after Trump was elected.