Deplorables international: All over the world, far-right leaders see signs of hope in Donald Trump's win

After Brexit and Donald Trump, race-baiters all over are looking at their own chances 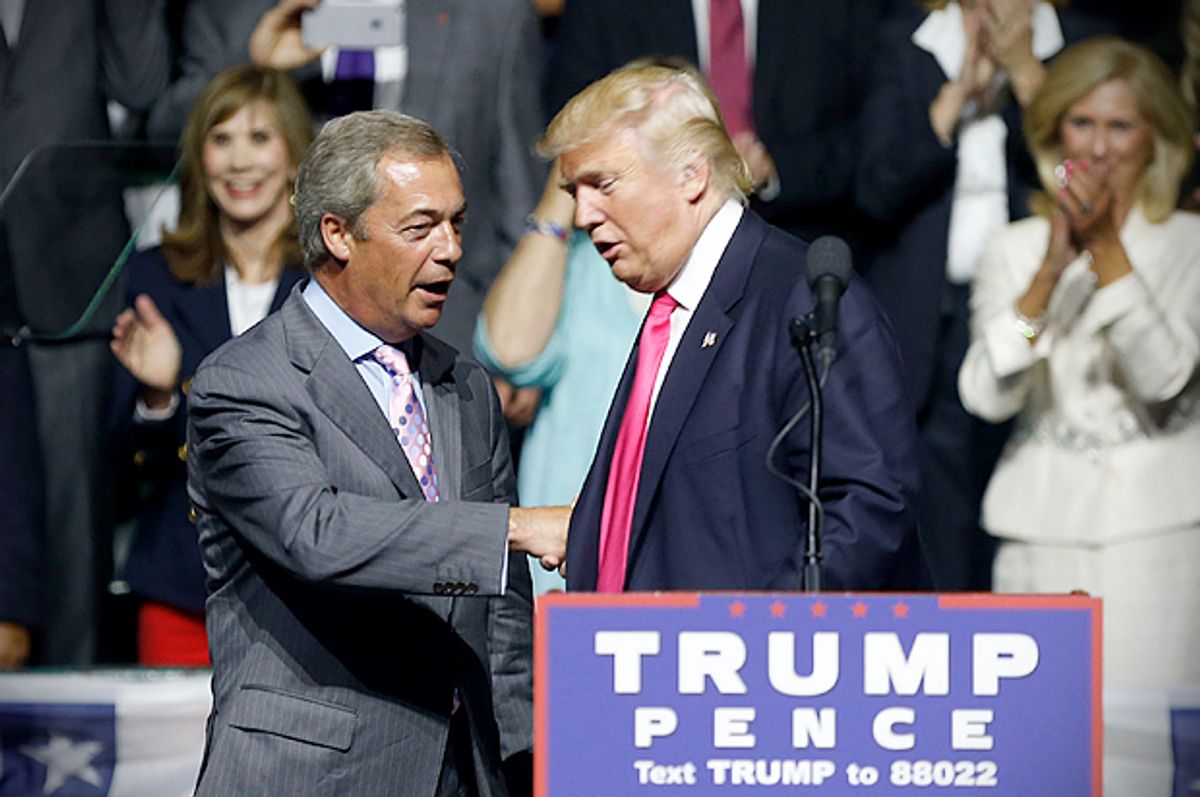 Donald Trump's upset election to the presidency on Tuesday was more than just a victory for the alt-right faction of the Republican Party. Far right leaders all over the world are celebrating —- and feeling optimistic about their own chances.

In France, Marine Le Pen and her far-right Front National Party celebrated Trump's victory as part of "a great movement across the world," comparing it to Great Britain leaving the European Union and proclaiming that it meant nothing is "set in stone" and that the "political and media elite" could be thwarted. Even Le Pen's estranged father, former Front National leader Jean-Marie, wrote, "Today the United States, tomorrow France."

There was similar jubilation from Nigel Farage, the UK politician who led the Brexit campaign.

"Today, the establishment is in deep shock. Even more so than after Brexit," Farage proclaimed in a statement n Wednesday. "What we are witnessing is the end of a period of big business and big politics controlling our lives. Voters across the Western world want nation state democracy, proper border controls and to be in charge of their own lives," later adding that voters should "prepare for further political shocks in the years to come."

Farage has also made it clear that he hopes President Trump will appoint him to be America's ambassador to the European Union.

Far right parties in smaller European countries are also celebrating Trump's victory. "The people are taking their country back. So will we," proclaimed Geert Wilders, leader of the far-right Party for Freedom in the Netherlands, after Trump's victory.

"Even if Trump is an outsider, he will have to prove that he will really change the U.S., especially when it comes to foreign policy," said Beatrix von Storch from Alternative for Germany, the German far-right party.