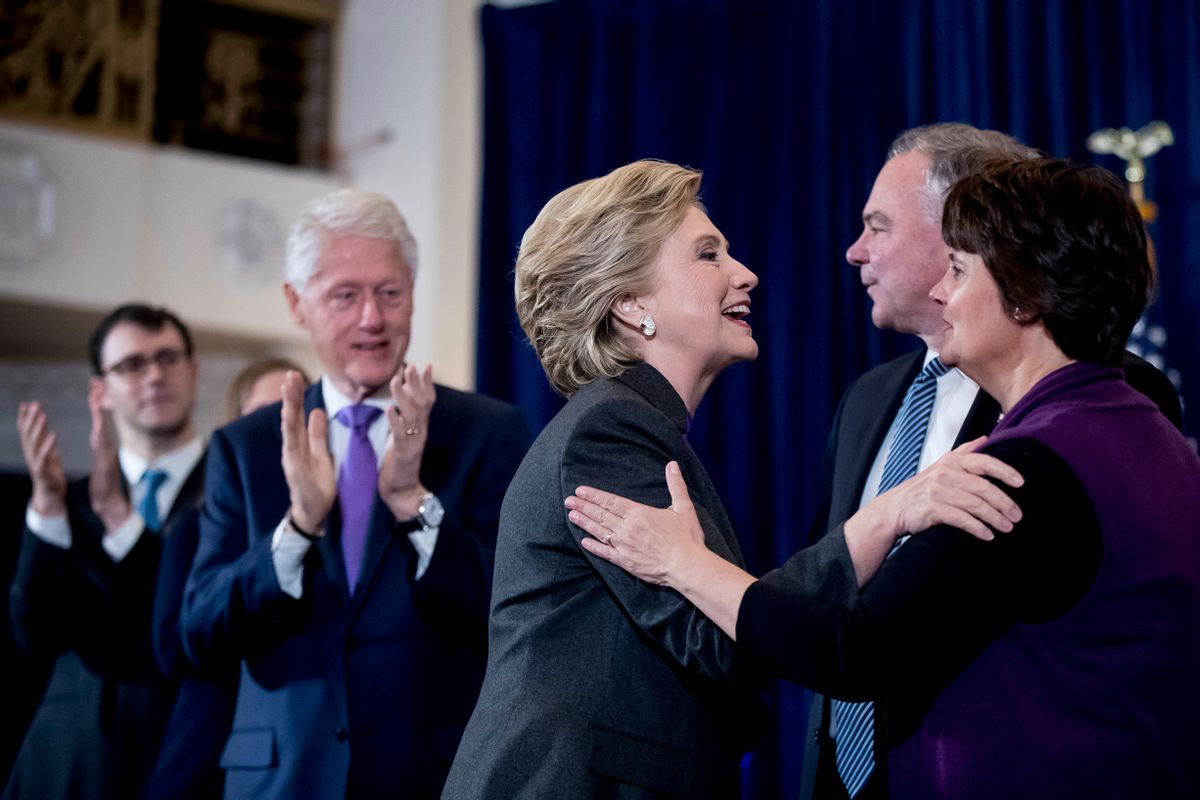 In the 2015 documentary "Requiem for the American Dream," MIT linguist Noam Chomsky admitted that in one respect he agrees with Sarah Palin — coincidentally a member of President-elect Donald Trump's short list of potential cabinet appointees.

"Right after the election, President Obama won an award from the advertising industry for the best marketing campaign and the International Business Press executives were euphoric," Chomsky says. "They said, We’ve been marketing candidates like toothpaste since Reagan. This is the greatest achievement we have."

"I don’t usually agree with Sarah Palin," he added, "but when she mocks the 'hope-y, change-y stuff,' she’s right."

According to WikiLeaked emails from campaign chair John Podesta, Clinton colluded with the DNC to run a negative ad campaign against her opponent, in turn limiting her own exposure and feeding Trump's already loud hype machine:

Democrats comforted themselves with the emergence of a new majority of women, Latinos, African-Americans, Asian-Americans, gays and lesbians, immigrants, and Muslims. It was an inspiring reflection of the ideal of the melting pot. And it looks to have been a bit too soon, if not a mirage.

Democratic clustering didn't start in 2016, but it lost Hillary Clinton the Electoral College because she thought it would energize her base if she put half the country in a "basket of deplorables."

"You cannot write off half the country," Dayen wrote, "much less spend an election cycle deriding it, and expect success."

What Clinton needed — and failed to offer — was a cogent platform and a "change"-based slogan. Trump won the presidency with only the latter.

In short, it's hard to read a room you're not even in.

Clinton twice took Michigan for granted — in the primaries and the general — and twice lost in what were later called upsets. Had she even bothered to visit Wisconsin during the general, she might not have been so dead sure the state was a lock.

Even in Democratic-heavy cities like Detroit and Milwaukee, she trailed President Obama's 2012 numbers by 50,000 and 27,000, respectively.

Beyond the Obama coalition, Clinton — whose tangential relation to NAFTA and flip-flopping on TPP Trump reiterated in near-daily rallies across the country — made no attempt to reconcile with labor union members. And, according to exit polling, paid for it.

Hillary Clinton ultimately lost because she didn't market herself where it mattered. What she called a platform was a steaming pile of pathos that played well on the Pacific and Atlantic coasts but drowned in the Great Lakes.