By the way, the Trump campaign lied about that too 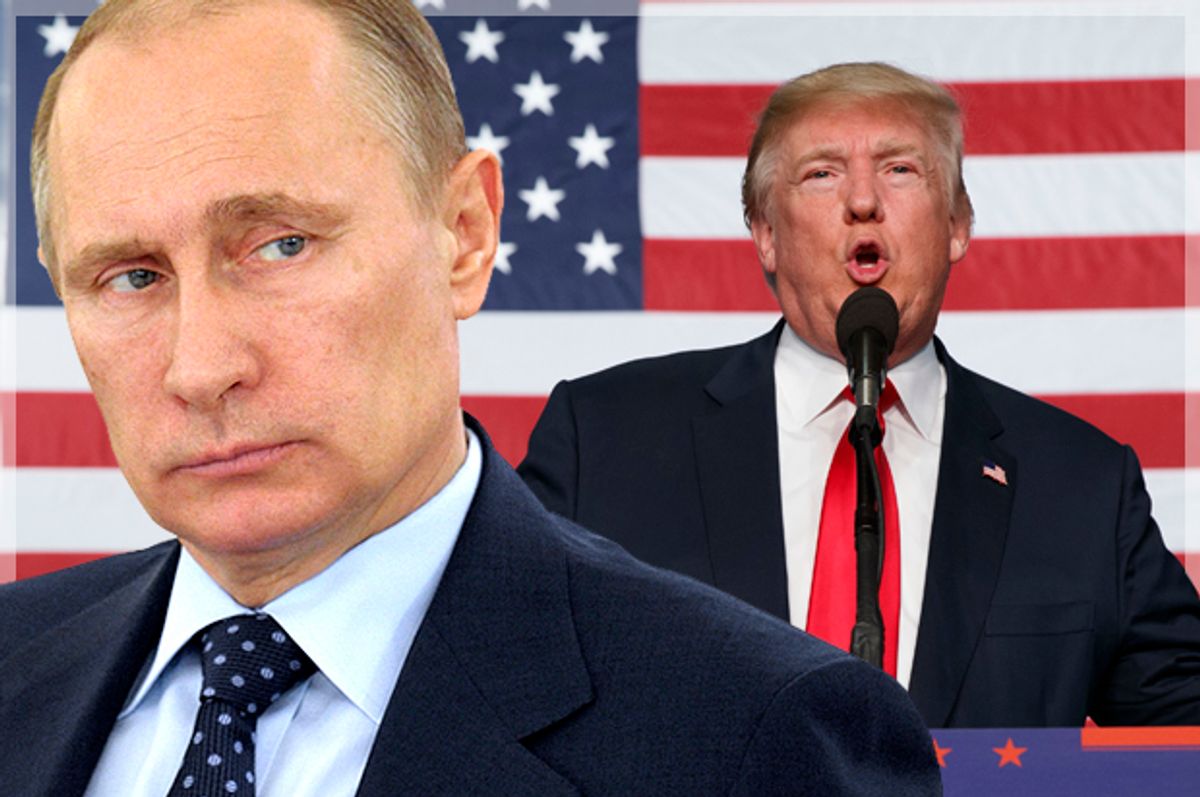 Despite repeatedly denying any connection with Russian business interests or the Vladimir Putin regime, a senior Russian diplomat spilled the beans that the Trump campaign has been in close contact with Russia.

"Obviously, we know most of the people from his entourage,” said Russia's Deputy Foreign Minister Sergei Rybakov in an interview on Thursday with Interfax, a state-run news agency. “Those people have always been in the limelight in the United States and have occupied high-ranking positions. I cannot say that all of them but quite a few have been staying in touch with Russian representatives.”

"We have just begun to consider ways of building dialogue with the future Donald Trump administration and channels we will be using for those purposes," Ryabkov added.

This news come on the same day that Heat Street confirmed the FBI has sought and received a FISA court warrant to allow counter-intelligence permission to examine activities between personnel associated with Trump's campaign and Russia. Although the FBI used the New York Times to dispute allegations that a private server discovered in Trump Tower was connected to a Russian bank for potentially illegal purposes, the FBI's counter-intelligence wing submitted two FISA requests about the possible financial and banking offenses connected to the server — the first of which was denied in June (and which named Trump) and the second which was more narrowly drawn up and thus granted in October.

Trump's connections with Russia have been extensively reported for months now. Although Trump famously tweeted "I have ZERO investments in Russia" after the Democratic National Committee was hacked by Russia on the eve of the DNC convention, Trump developed ties with Russian financial interests after major American banks stopped lending him money due to his numerous bankruptcies.